The distributor has revealed its upcoming slate of October releases, including David Lynch's Twin Peaks: Fire Walk with Me.

In an early announcement to retailers, Criterion is preparing Vampyr, The Lure, Othello, Barry Lyndon, Twin Peaks: Fire Walk with Me, and Personal Shopper for Blu-ray throughout the month of October.

Vampyr (October 3) - With Vampyr, Danish filmmaker Carl Theodor Dreyer channeled his genius for creating mesmerizing atmosphere and austere, unsettling imagery into the horror genre. The result—a chilling film about a student of the occult who encounters supernatural haunts and local evildoers in a village outside Paris—is nearly unclassifiable. A host of stunning camera and editing tricks and densely layered sounds creates a mood of dreamlike terror. With its roiling fogs, ominous scythes, and foreboding echoes, Vampyr is one of cinema’s greatest nightmares.

-Alternate version with English text
-Audio commentary featuring film scholar Tony Rayns
-Carl Th. Dreyer, a 1966 documentary by Jørgen Roos chronicling Dreyer's career
-Video essay by scholar Casper Tybjerg on Dreyer's influences in creating Vampyr
-Radio broadcast from 1958 of Dreyer reading an essay about filmmaking
-PLUS: A booklet featuring essays by critics Mark Le Fanu and Kim Newman, a piece by Koerber on the restoration, and a 1964 interview with producer and actor Nicolas de Gunzburg
-AND: A book featuring Dreyer and Christen Jul'’s original screenplay and Sheridan Le Fanu’s 1872 story "Carmilla," a source for the film 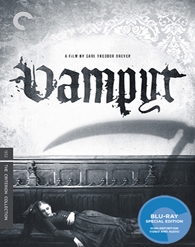 The Lure (October 10) - This genre-defying horror-musical mash-up—the bold debut of Polish director Agnieszka Smoczy?ska—follows a pair of carnivorous mermaid sisters drawn ashore to explore life on land in an alternate 1980s Poland. Their tantalizing siren songs and otherworldly auras make them overnight sensations as nightclub singers in the half-glam, half-decrepit world of Smoczy?ska’s imagining. The director gives fierce teeth to her viscerally sensual, darkly feminist twist on Hans Christian Andersen’s “The Little Mermaid,” in which the girls’ bond is tested and their survival threatened after one sister falls for a human. A coming-of-age fairy tale with a catchy synth-fueled soundtrack, outrageous song-and-dance numbers, and lavishly grimy sets, The Lureexplores its themes of emerging female sexuality, exploitation, and the compromises of adulthood with savage energy and originality. 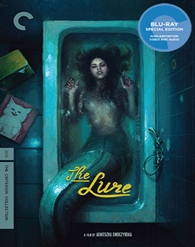 Othello (October 10) - Gloriously cinematic despite being made on a tiny budget, Orson Welles’s Othello is a testament to the filmmaker’s stubborn willingness to pursue his vision to the ends of the earth. Unmatched in his passionate identification with Shakespeare’s imagination, Welles brings his inventive visual approach to this enduring tragedy of jealousy, bigotry, and rage, and also gives a towering performance as the Moor of Venice, alongside Suzanne Cloutier as his innocent wife, Desdemona, and Micheál MacLiammóir as the scheming Iago. Shot over the course of three years in Morocco, Venice, Tuscany, and Rome and plagued by many logistical problems, this fiercely independent film joins Macbeth and Chimes at Midnight in making the case for Welles as the cinema’s most audacious interpreter of the Bard. 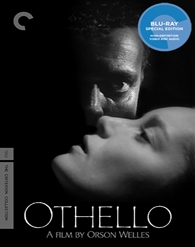 Barry Lyndon (October 17) - Stanley Kubrick bent the conventions of the historical drama to his own will in this dazzling vision of brutal aristocracy, adapted from a novel by William Makepeace Thackeray. In picaresque detail, Barry Lyndon chronicles the adventures of an incorrigible trickster (Ryan O’Neal) whose opportunism takes him from an Irish farm to the battlefields of the Seven Years’ War and the parlors of high society. For the most sumptuously crafted film of his career, Kubrick recreated the decadent surfaces and intricate social codes of the period, evoking the light and texture of eighteenth-century painting with the help of pioneering cinematographic techniques and lavish costume and production design, all of which earned Academy Awards. The result is a masterpiece—a sardonic, devastating portrait of a vanishing world whose opulence conceals the moral vacancy at its heart. 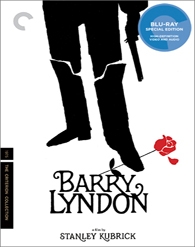 Twin Peaks: Fire Walk with Me (October 17) - In the town of Twin Peaks, everyone has their secrets—but especially Laura Palmer (Sheryl Lee). In this prequel to his groundbreaking 1990s television series, David Lynch resurrects the teenager found wrapped in plastic at the beginning of the show, following her through the last week of her life and teasing out the enigmas that surround her murder. Homecoming queen by day and drug-addicted thrill seeker by night, Laura leads a double life that pulls her deeper and deeper into horror as she pieces together the identity of the assailant who has been terrorizing her for years. Nightmarish in its vision of an innocent torn apart by unfathomable forces, Twin Peaks: Fire Walk with Me is nevertheless one of Lynch’s most humane films, aching with compassion for its tortured heroine—a character as enthralling in life as she was in death.

-The Missing Pieces, ninety minutes of deleted and alternate takes from the film, assembled by Lynch
-New interview with actor Sheryl Lee
-Interviews from 2014 by Lynch with actors Lee, Ray Wise, and Grace Zabriskie
-More!
-PLUS: An interview with Lynch from the 2005 edition of filmmaker and writer Chris Rodley’s book Lynch on Lynch 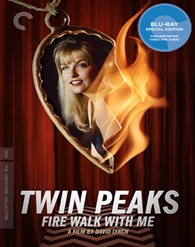 Personal Shopper (October 24) - With this intimate supernatural drama, the celebrated French filmmaker Olivier Assayas conjures a melancholy ghost story set in the world of haute couture. Starring Kristen Stewart, whose performance in Assayas’s Clouds of Sils Mariamade her the first American actor to win a César Award, this evocative character study tells the story of a young American fashion assistant and spiritual medium who is living in Paris and searching for signs of an afterlife following the sudden death of her twin brother. A stirring depiction of grief in the form of a psychological thriller, Personal Shopper—which won Assayas the best director award at Cannes—is a chilling meditation on modern modes of communication and the way we mourn those we love.

-New interview with Assayas
-2016 festival press conference featuring members of the film’s cast and crew, including actor Kristen Stewart
-PLUS: An essay by critic Glenn Kenny 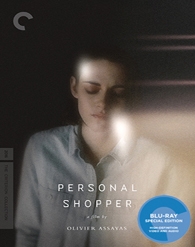