The distributor has revealed its upcoming slate of November releases, including Jean-Pierre Melville's Le samouraï.

In an early announcement to retailers, Criterion is preparing The Philadelphia Story, Desert Hearts, Le samouraï, and Jabberwocky for Blu-ray throughout the month of November. In addition, the label has also revealed plans to release 100 Years of Olympic Films on December 5.

The Philadelphia Story (November 7) - With this furiously witty comedy of manners, Katharine Hepburn revitalized her career and cemented her status as the era’s most iconic leading lady—thanks in great part to her own shrewd orchestrations. While starring in the Philip Barry stage play The Philadelphia Story, Hepburn snapped up the screen rights, handpicking her friend George Cukor to direct. The intoxicating screenplay by Donald Ogden Stewart pits the formidable Philadelphia socialite Tracy Lord (Hepburn, at her most luminous) against various romantic foils, chief among them her charismatic ex-husband (Cary Grant), who disrupts her imminent marriage by paying her family estate a visit, accompanied by a tabloid reporter on assignment to cover the wedding of the year (James Stewart, in his only Academy Award–winning performance). A fast-talking screwball comedy as well as a tale of regrets and reconciliation, this convergence of golden-age talent is one of the greatest American films of all time.

- Audio commentary from 2005 featuring film scholar Jeanine Basinger
- New introduction to actor Katharine Hepburn’s role in the development of the film by documentarians David Heeley and Joan Kramer
- In Search of Tracy Lord, a new documentary about the origin of the character and her social milieu
- Two full episodes of The Dick Cavett Show from 1973, featuring rare interviews with Hepburn, plus an excerpt of a 1978 interview from that show with director George Cukor
- Lux Radio Theatre adaptation of the film from 1943, featuring an introduction by filmmaker Cecil B. DeMille
- Restoration demonstration
- PLUS: An essay by critic Farran Smith Nehme 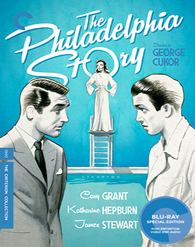 Desert Hearts (November 14) - Donna Deitch's swooning and sensual first narrative feature, Desert Hearts,was groundbreaking upon its 1985 release: a love story about two women, made entirely independently, on a self-financed shoestring budget, by a woman. In the 1959-set film, an adaptation of a beloved novel by Jane Rule, straitlaced East Coast professor Vivian Bell (Helen Shaver) arrives in Reno to file for divorce but winds up catching the eye of someone new, the younger free spirit Cay (Patricia Charbonneau), touching off a slow seduction that unfolds against a breathtaking desert landscape. With undeniable chemistry between its two leads, an evocative jukebox soundtrack, and vivid cinematography by Robert Elswit, Desert Hearts beautifully exudes a sense of tender yearning and emotional candor.

- Audio commentary from 2007 featuring director Donna Deitch
- New conversation between Deitch and actor Jane Lynch
- New conversation between Deitch, Elswit, and production designer Jeannine Oppewall about the film’s visual style
- New interviews with actors Helen Shaver and Patricia Charbonneau
- Excerpt from Fiction and Other Truths: A Film About Jane Rule, a 1995 documentary about the author of Desert of the Heart, the 1964 novel on which the film is based
- PLUS: An essay by critic B. Ruby Rich 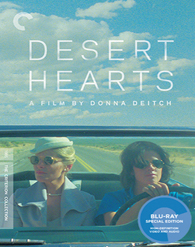 Le samouraï (November 14) - In a career-defining performance, Alain Delon plays Jef Costello, a contract killer with samurai instincts. After carrying out a flawlessly planned hit, Jef finds himself caught between a persistent police investigator and a ruthless employer, and not even his armor of fedora and trench coat can protect him. An elegantly stylized masterpiece of cool by maverick director Jean-Pierre Melville, Le samouraï is a razor-sharp cocktail of 1940s American gangster cinema and 1960s French pop culture—with a liberal dose of Japanese lone-warrior mythology.

- Interviews with Rui Nogueira, editor of Melville on Melville, and Ginette Vincendeau, author of Jean-Pierre Melville: An American in Paris
- Archival interviews with Melville and actors Alain Delon, François Périer, Nathalie Delon, and Cathy Rosier
- Melville-Delon: D’Honneur et de nuit (2011), a short documentary exploring the friendship between the director and the actor and their iconic collaboration on this film
- PLUS: An essay by film scholar David Thomson. The Blu-ray also features an appreciation by filmmaker John Woo and excerpts from Melville on Melville. 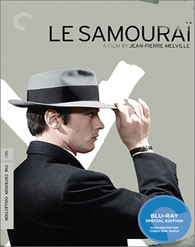 Jabberwocky (November 21) - Amid the filth and muck of England in the Dark Ages, a fearsome dragon stalks the land, casting a shadow of terror upon the kingdom of Bruno the Questionable. Who should emerge as the town’s only possible savior but Dennis Cooper (Michael Palin), an endearingly witless bumpkin who stumbles onto the scene and is flung into the role of brave knight? Terry Gilliam’s first outing as a solo director—inspired by Lewis Carroll’s poem “Jabberwocky” and made on the heels of Gilliam’s success as a member of the iconic comedy troupe Monty Python—showcases his delight in comic nonsense, with a cast chock-full of beloved British character actors. A giddy romp through blood and excrement, this fantasy remains one of the filmmaker’s most uproarious visions of society run amok.

- Audio commentary from 2001 featuring Gilliam and actor Michael Palin
- New documentary on the making of the film, featuring Gilliam, producer Sandy Lieberson, Palin, and actor Annette Badland
- New interview with Valerie Charlton, designer of the Jabberwock, featuring her collection of rare behind-the-scenes photographs
- Selection of Gilliam’s storyboards and sketches
- PLUS: An essay by critic Scott Tobias 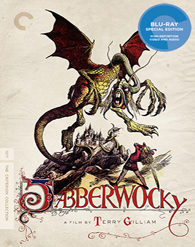 100 Years of Olympic Films (December 5) - Spanning fifty-three movies and forty-one editions of the Olympic Summer and Winter Games, this one-of-a-kind collection assembles, for the first time, a century’s worth of Olympic films—the culmination of a monumental, award-winning archival project encompassing dozens of new restorations by the International Olympic Committee. These documentaries cast a cinematic eye on some of the most iconic moments in the history of modern sports, spotlighting athletes who embody the Olympic motto of “Faster, Higher, Stronger”: Jesse Owens shattering sprinting world records on the track in 1936 Berlin, Jean Claude-Killy dominating the slopes of Grenoble in 1968, Joan Benoit breaking away to win the first-ever women’s marathon on the streets of Los Angeles in 1984. In addition to the work of Bud Greenspan, the man behind an impressive ten Olympic features, this stirring collective chronicle of triumph and defeat includes such landmarks of the documentary form as Leni Riefenstahl’s Olympia and Kon Ichikawa’s Tokyo Olympiad, along with lesser-known but captivating contributions by major directors like Claude Lelouch, Carlos Saura, and Miloš Forman. It also serves as a fascinating window onto the formal development of cinema itself, as well as the technological progress that has enabled the viewer, over the years, to get ever closer to the action. Traversing continents and decades, and reflecting as well the social, cultural, and political changes that have shaped our recent history, this remarkable marathon of films offers nothing less than a panorama of a hundred years of human endeavor.

- 53 newly restored films from 41 editions of the Olympic Games, presented together for the first time
- Landmark 4K restorations of Olympia, Tokyo Olympiad, and Visions of Eight, among other titles
- New scores for the silent films, composed by Maud Nelissen, Donald Sosin, and Frido ter Beek
- A lavishly illustrated, 216-page hardcover book, featuring notes on the films by cinema historian Peter Cowie; a foreword by Thomas Bach, President of the International Olympic Committee; a short history of the restoration project by restoration producer Adrian Wood; and hundreds of photographs from a century of Olympic Games 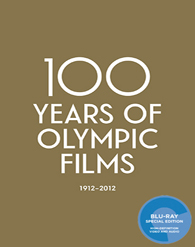