The distributor has revealed its upcoming slate of May releases, including Charlie Chaplin's 'Limelight' and Leo McCarey's 'Make Way for Tomorrow.'

In an early announcement to retailers, Criterion is preparing 'Make Way for Tomorrow,' 'The Rose,' 'Limelight,' 'The Merchant of Four Seasons,' 'The Confession,' and 'State of Siege' for Blu-ray throughout the month of May.

'Make Way for Tomorrow' (May 12) - Leo McCarey's 'Make Way for Tomorrow' is one of the great unsung Hollywood masterpieces, an enormously moving Depression-era depiction of the frustrations of family, aging, and the generation gap. Beulah Bondi and Victor Moore headline a cast of incomparable character actors, starring as an elderly couple who must move in with their grown children after the bank takes their home, yet end up separated and subject to their offspring’s selfish whims. An inspiration for Yasujiro Ozu's 'Tokyo Story,' this is among American cinema’s purest tearjerkers, all the way to its unflinching ending, which McCarey refused to change despite studio pressure.

The Blu-ray will feature 1080p video, an uncompressed English mono soundtrack, and supplements will include: Tomorrow, Yesterday, and Today, an interview from 2009 featuring filmmaker Peter Bogdanovich discussing the career of director Leo McCarey and Make Way for Tomorrow; Video interview from 2009 with critic Gary Giddins, in which he talks about McCarey’s artistry and the political and social context of the film; PLUS: A booklet featuring essays by critic Tag Gallagher and filmmaker Bertrand Tavernier, and an excerpt from film scholar Robin Wood’s 1998 piece "Leo McCarey and Family Values." 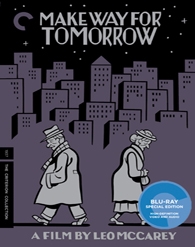 'The Rose' (May 19) - Bette Midler exploded onto the screen with her take-no-prisoners performance in this quintessential film about fame and addiction from director Mark Rydell. Midler is the rock-and-roll singer Mary Rose Foster (known as the Rose to her legions of fans), whose romantic relationships and mental health are continuously imperiled by the demands of life on the road. Incisively scripted by Bo Goldman and beautifully shot by Vilmos Zsigmond (with assistance on the dazzling concert scenes by a host of other world-class cinematographers, including Conrad L. Hall, László Kovács, Owen Roizman, and Haskell Wexler), this is a sensitively drawn and emotionally overwhelming melodrama that made the popular singer into a movie star as well.

The Blu-ray will feature 1080p video, an English DTS-HD MA 5.1 soundtrack, and supplements will include: Audio commentary featuring director Mark Rydell; New interviews with Rydell, Zsigmond, and Bette Midler; Archival interviews with Midler and Rydell, with on-set footage; PLUS: An essay by music critic Paula Mejia. 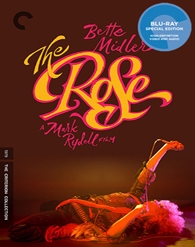 'Limelight' (May 19) - Charlie Chaplin's masterful drama about the twilight of a former vaudeville star is among the writer-director’s most touching films. Chaplin plays Calvero, a once beloved musical-comedy performer, now a washed-up alcoholic who lives in a small London flat. A glimmer of hope arrives when he meets a beautiful but melancholy ballerina (Claire Bloom) who lives downstairs. An elegant mix of the comic and the tragic, this poignant film also features Buster Keaton in an extended cameo, marking the only time the two silent comedy icons appeared together on-screen. Made at a time when Chaplin was under attack by the American press and far right, Limelight was barely distributed in the United States upon its initial release, but it is now considered one of his essential and most personal works.

The Blu-ray will feature 1080p video, an uncompressed English mono soundtrack, and supplements will include: Chaplin's "Limelight": Its Evolution and Intimacy, a new video essay by Charlie Chaplin biographer David Robinson; New interviews with actors Claire Bloom and Norman Lloyd; Chaplin Today: "Limelight," a 2002 documentary on the film, featuring director Bernardo Bertolucci and actors Bloom and Sydney Chaplin; Outtake from the film; Archival audio recording of Charlie Chaplin reading two short excerpts from his novella Footlights; Two short films by Chaplin: A Night in the Show (1915) and the never completed The Professor (1919); Trailers; PLUS: An essay by critic Peter von Bagh. 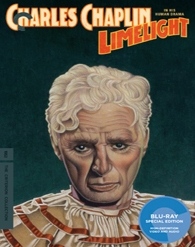 'The Merchant of Four Seasons' (May 26) - New German Cinema icon Rainer Werner Fassbinder kicked off a new phase of his young career when he made the startling 'The Merchant of Four Seasons.' In this despairing yet mordantly funny film, Fassbinder charts the decline of a self-destructive former policeman and war veteran struggling to make ends meet for his family by working as a fruit vendor. Fassbinder had skyrocketed to renown on the acclaim of a series of trenchant, quickly made early films, but for this one he took more time and forged a new style—featuring a more complexly woven script and narrative structure and more sophisticated use of the camera, and influenced by the work of his recently discovered idol, Douglas Sirk. The result is a meticulously made, unforgiving social satire. 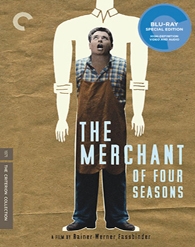 'The Confession' (May 26) - The master of the political thriller, Costa-Gavras, became an instant phenomenon after the mammoth success of Z, and he quickly followed it with the perhaps even more riveting 'The Confession.' Based on a harrowing true story, the film stars Yves Montand as an influential Czechoslovak dignitary who, in the early fifties, was abducted, imprisoned, and interrogated by fellow members of his country’s Communist ruling party—their intentions vague, their methods terrifying. Also starring Simone Signoret and Gabriele Ferzetti, Costa-Gavras’s film is an unflinching depiction of a troubled historical period and the miasma of twentieth-century politics.

The Blu-ray will feature 1080p video, an uncompressed French mono soundtrack, and supplements will include: You Speak of Prague: The Second Trial of Artur London (1971), a twenty-one-minute documentary by Chris Marker shot on the set of The Confession; New interview with the film’s editor, Françoise Bonnot; Conversation between Costa-Gavras and programmer and scholar Peter von Bagh about the director’s life and career, from the 1988 Midnight Sun Film Festival; Portrait London, a 1981 interview with Artur and Lise London, the real-life figures on whose story the film is based; Interview with actor Yves Montand from 1970; New interview with John Michalczyk, author of Costa-Gavras: The Political Fiction Film; PLUS: An essay by film scholar Dina Iordanova. 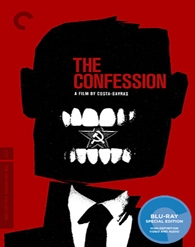 'State of Siege' (May 26) - Costa-Gavras puts the United States’ involvement in South American politics under the microscope in this arresting thriller. An urban guerilla group, outraged at the counterinsurgency and torture training clandestinely organized by the CIA in their country (unnamed in the film), abducts a U.S. official (Yves Montand) to bargain for the release of political prisoners; soon the kidnapping becomes a media sensation, leading to violence. Cowritten by Franco Solinas ('The Battle of Algiers'), the electrifying 'State of Siege' piercingly critiques the American government for helping institute foreign dictatorships while also asking difficult questions about the efficacy of radical violent acts to oppose such regimes.

The Blu-ray will feature 1080p video, an uncompressed French mono soundtrack, and supplements will include: New conversation between Costa-Gavras and film scholar Peter Cowie; NBC News excerpts from 1970 on the kidnapping of Dan Mitrione, on which the film is based; PLUS: An essay by journalist Mark Danner. 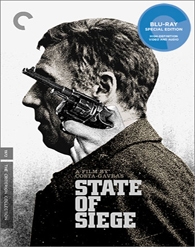