The distributor has revealed its upcoming slate of March releases, including John Frankenheimer's 'The Manchurian Candidate' and Vittorio De Sica's 'Bicycle Thieves.'

In an early announcement to retailers, Criterion is preparing 'Paris Belongs to Us,' 'The Manchurian Candidate,' 'A Brighter Summer Day,' 'A Poem Is a Naked Person,' and 'Bicycle Thieves' for Blu-ray throughout the month of March.

'Paris Belongs to Us' (March 8) - One of the original critics turned filmmakers who helped jump-start the French New Wave, Jacques Rivette began shooting his debut feature in 1957, well before that cinema revolution officially kicked off with The 400 Blows and Breathless. Ultimately released in 1961, the rich and mysterious Paris Belongs to Us offers some of the radical flavor that would define the movement, with a particularly Rivettian twist. The film follows a young literature student (Betty Schneider) who befriends the members of a loose-knit group of twentysomethings in Paris, united by the apparent suicide of an acquaintance. Suffused with a lingering post–World War II disillusionment while evincing a playful temperament, Rivette’s film marked the provocative start to a brilliant directorial career. 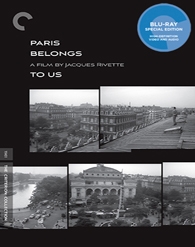 'The Manchurian Candidate' (March 15) - The name John Frankenheimer became forever synonymous with heart-in-the-throat filmmaking when this quintessential sixties political thriller was released. Set in the early fifties, this razor-sharp adaptation of the novel by Richard Condon concerns the decorated U.S. Army sergeant Raymond Shaw (Laurence Harvey), who as a prisoner during the Korean War is brainwashed into being a sleeper assassin in a Communist conspiracy, and a fellow POW(Frank Sinatra) who slowly uncovers the sinister plot. In an unforgettable, Oscar-nominated performance, Angela Lansbury plays Raymond’s villainous mother, the controlling wife of a witch-hunting anti-Communist senator with his eyes on the White House. The rare film to be suffused with Cold War paranoia while also taking aim at the frenzy of the McCarthy era, The Manchurian Candidate remains potent, shocking American moviemaking. 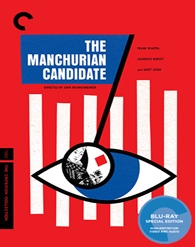 'A Brighter Summer Day' (March 22) - Among the most praised and sought-after titles in all contemporary film, this singular masterpiece of Taiwanese cinema, directed by Edward Yang, finally comes to home video in the United States. Set in the early sixties in Taiwan, A Brighter Summer Day is based on the true story of a crime that rocked the nation. A film of both sprawling scope and tender intimacy, this novelistic, patiently observed epic centers on the gradual, inexorable fall of a young teenager (Chen Chang, in his first role) from innocence to juvenile delinquency, and is set against a simmering backdrop of restless youth, rock and roll, and political turmoil.

The Blu-ray will feature 1080p video, an uncompressed Mandarin/Taiwanese mono soundtrack, and supplements will include: New audio commentary featuring critic Tony Rayns; New interview with actor Chen Chang; Our Time, Our Story, a 117-minute documentary from 2002 about the New Taiwan Cinema movement, featuring interviews with Yang and filmmakers Hou Hsiao-hsien and Tsai Ming-liang, among others; Videotaped performance of director Edward Yang’s 1992 play Likely Consequence; PLUS: An essay by critic Godfrey Cheshire and a 1991 director’s statement by Yang. 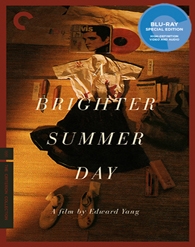 'A Poem Is a Naked Person' (March 29) - Les Blank considered this free-form feature documentary about beloved singer-songwriter Leon Russell, filmed between 1972 and 1974, to be one of his greatest accomplishments. Yet it has not been released until now. Hired by Russell to film him at his recording studio in northeast Oklahoma, Blank ended up constructing a unique, intimate portrait of a musician and his environment. Made up of mesmerizing scenes of Russell and his band performing, both in concert and in the studio, as well as off-the-cuff moments behind the scenes, this singular film—which also features performances by Willie Nelson and George Jones—has attained legendary status over the years. It’s a work of rough beauty that serves as testament to Blank’s cinematic daring and Russell’s immense musical talents. 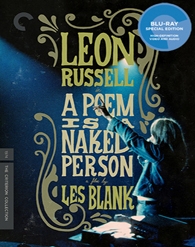 'Bicycle Thieves' (March 29) - Hailed around the world as one of the greatest movies ever made, the Academy Award–winning Bicycle Thieves, directed by Vittorio De Sica, defined an era in cinema. In poverty-stricken postwar Rome, a man is on his first day of a new job that offers hope of salvation for his desperate family when his bicycle, which he needs for his work, is stolen. With his young son in tow, he sets off to track down the thief. Simple in construction and profoundly rich in human insight, Bicycle Thieves embodies the greatest strengths of the Italian neorealist movement: emotional clarity, social rectitude, and brutal honesty.

The Blu-ray will feature 1080p video, an uncompressed Italian mono soundtrack, and supplements will include: Working with De Sica, a collection of interviews with screenwriter Suso Cecchi d’Amico, actor Enzo Staiola, and film scholar Callisto Cosulich; Life as It Is, a program on the history of Italian neorealism, featuring scholar Mark Shiel; Documentary from 2003 on screenwriter and longtime Vittorio De Sica collaborator Cesare Zavattini, directed by Carlo Lizzani; PLUS: A book featuring essays by critic Godfrey Cheshire and filmmaker Charles Burnett, classic writing by Zavattini and critic André Bazin, and reminiscences by De Sica and his collaborators. 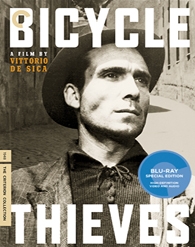 Discs mentioned in this article: (Click for specs and reviews)
Paris Belongs to Us (Blu-ray)
The Manchurian Candidate (1962) - Criterion Collection (Blu-ray)
A Brighter Summer Day (Blu-ray)
A Poem Is a Naked Person (Blu-ray)
Bicycle Thieves (Blu-ray)