The distributor has revealed its upcoming slate of March releases, including Francois Truffaut's 'The Soft Skin' and Errol Morris' 'The Thin Blue Line.'

In an early announcement to retailers, Criterion is preparing 'The Soft Skin,' 'Ride the Pink Horse,' 'The Thin Blue Line,' 'Gates of Heaven/Vernon, Florida,' 'Hoop Dreams,' and 'Cries and Whispers' for Blu-ray throughout the month of March.

'The Soft Skin' (March 10) - François Truffaut followed up the international phenomenon Jules and Jim with this tense tale of infidelity. The unassuming Jean Desailly is perfectly cast as a celebrated literary scholar, seemingly happily married, who embarks on an affair with a gorgeous stewardess, played by Françoise Dorléac, who is captivated by his charm and reputation. As their romance gets serious, the film grows anxious, leading to a wallop of a conclusion. Truffaut made 'The Soft Skin' at a time when he was immersing himself in the work of Alfred Hitchcock, and that master’s influence can be felt throughout this complex, insightful, underseen French New Wave treasure.

The Blu-ray will feature 1080p video, an uncompressed French mono soundtrack, and supplements will include: Audio commentary by screenwriter Jean-Louis Richard and François Truffaut scholar Serge Toubiana; New video essay by filmmaker and critic Kent Jones; Interview with Truffaut from 1965 about the film; PLUS: An essay by critic Molly Haskell. 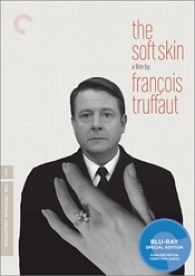 'Ride the Pink Horse' (March 17) - Hollywood actor turned idiosyncratic auteur Robert Montgomery directs and stars in this striking crime drama based on a novel by Dorothy B. Hughes. He plays a tough-talking former GI who comes to a small New Mexico town to shake down a gangster who killed his best friend; things quickly turn nasty. 'Ride the Pink Horse' features standout supporting performances from Fred Clark, Wanda Hendrix, and especially Thomas Gomez, who became the first Hispanic actor to receive an Academy Award nomination for his role here. With its relentless pace, expressive cinematography by the great Russell Metty, and punchy, clever script by Charles Lederer and Ben Hecht, this is an overlooked treasure from the heyday of 1940s film noir. 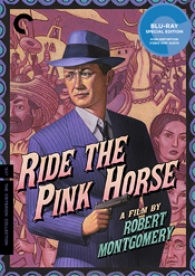 'The Thin Blue Line' (March 24) - Among the most important documentaries ever made, 'The Thin Blue Line,' by Errol Morris, erases the border between art and activism. A work of meticulous journalism and gripping drama, it recounts the disturbing tale of Randall Adams, a drifter who was charged with the murder of a Dallas police officer and sent to death row, despite overwhelming evidence that he did not commit the crime. Incorporating stylized reenactments, penetrating interviews, and haunting original music by Philip Glass, Morris uses cinema to build a case forensically while effortlessly entertaining his viewers. 'The Thin Blue Line' effected real-world change, proving film’s power beyond the shadow of a doubt.

The Blu-ray will feature 1080p video, an uncompressed English mono soundtrack, and supplements will include: New interview with Morris; New interview with filmmaker Joshua Oppenheimer (The Act of Killing); NBC report from 1989 covering Randall Adams’s release from prison; PLUS: An essay by film scholar Charles Musser. 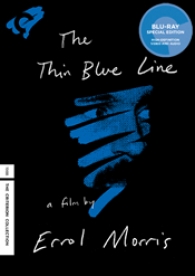 'Gates of Heaven/Vernon, Florida' (March 24) - With his trademark mixture of empathy and scrutiny, Errol Morris has changed the face of documentary filmmaking in the United States, and his career began with two remarkable tales of American eccentricity: 'Gates of Heaven' and 'Vernon, Florida.' The first uses two Northern California pet cemeteries as the bases for a profound and funny rumination on love, loss, and industry; the second travels to a languorous southern backwater and meets a handful of fascinating folks—a determined turkey hunter, a curious minister, a laconic policeman—engaged in individualistic, sometimes absurd pursuits. Morris consistently creates humane portraits of true candor, and these early works remain two of his greatest and most provocative films.

The Blu-ray will feature 1080p video, uncompressed English mono soundtracks, and supplements will include: New interviews with Morris; Werner Herzog Eats His Shoe (1980), a twenty-minute film by Les Blank featuring Herzog fulfilling a bet intended to inspire Morris to complete his first feature; Footage of Herzog professing his admiration for Gates of Heaven at the 1980 Telluride Film Festival; PLUS: An essay by critic Eric Hynes. 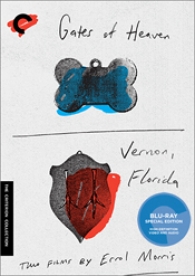 'Hoop Dreams' (March 31) - Two ordinary inner-city Chicago kids dare to reach for the impossible—professional basketball glory—in this epic chronicle of hope and faith. Filmed over a five-year period, 'Hoop Dreams,' by Steve James, Frederick Marx, and Peter Gilbert follows young Arthur Agee and William Gates as they navigate the complex, competitive world of scholastic athletics while dealing with the intense pressures of their home lives and neighborhoods. This landmark film, which documents the journeys of two remarkable families, continues to educate and inspire viewers, and it is widely considered one of the great works of American nonfiction cinema.

The Blu-ray will feature 1080p video, an uncompressed English DTS-HD MA 4.0 soundtrack, and supplements will include: Two audio commentaries: one by filmmakers Peter Gilbert, Steve James, and Frederick Marx, and one by the film’s subjects, Arthur Agee and William Gates; Life After “Hoop Dreams,” a new documentary catching up with Agee, Gates, and their families; Additional scenes; Collection of excerpts from Siskel & Ebert tracking the acclaim for Hoop Dreams; Original music video for the film’s theme song from 1994; Trailers; PLUS: Essays by author John Edgar Wideman and filmmaker and critic Robert Greene. 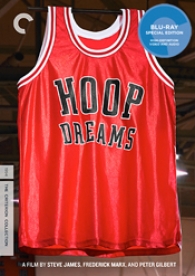 'Cries and Whispers' (March 31) - This existential wail of a drama from Ingmar Bergman concerns two sisters, Karin (Ingrid Thulin) and Maria (Liv Ullmann), keeping vigil for a third, Agnes (Harriet Andersson), who is dying of cancer and can find solace only in the arms of a beatific nurse (Kari Sylwan). An intensely felt film that may be Bergman’s most striking formal experiment, 'Cries and Whispers' (which won an Oscar for the extraordinary color photography of Sven Nykvist) is a powerful depiction of human behavior in the face of death, positioned on the borders between reality and nightmare, tranquillity and terror.

The Blu-ray will feature 1080p video, an uncompressed Swedish mono soundtrack, and supplements will include: Introduction by Ingmar Bergman from 2001; New interview with actor Harriet Andersson, conducted by film scholar Peter Cowie; New video essay on the film’s visuals by filmmaker : : kogonada; Behind-the-scenes footage with commentary by Cowie; Ingmar Bergman: Reflections on Life, Death, and Love with Erland Josephson (2000), a 52-minute interview with Bergman and his longtime collaborator; Trailer; PLUS: An essay by film scholar Emma Wilson. 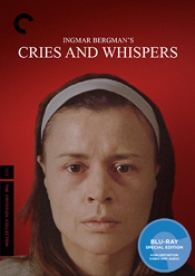