In an early announcement to retailers, Criterion is preparing 'The Killers,' 'Hiroshima mon amour,' 'The Black Stallion,' 'Here is Your Life,' 'My Beautiful Laundrette,' and 'Moonrise Kingdom' for Blu-ray throughout the month of July.

'The Killers' (July 7) - Ernest Hemingway’s simple but gripping short tale "The Killers" is a model of economical storytelling. Two directors adapted it into unforgettably virile features: Robert Siodmak, in a 1946 film that helped define the noir style and launch the acting careers of Burt Lancaster and Ava Gardner; and Don Siegel, in a brutal 1964 version, starring Lee Marvin, Angie Dickinson, and John Cassavetes, that was intended for television but deemed too violent for home audiences and released theatrically instead. The first is poetic and shadowy, the second direct and harsh as daylight, but both get at the heart of Hemingway’s existential classic.

The Blu-ray will feature 1080p video, an uncompressed English mono soundtrack, and supplements will include: Andrei Tarkovsky's short film adaptation of Ernest Hemingway's "The Killers," made when he was a student in 1956; Interview from 2002 with writer Stuart M. Kaminsky about both films; Piece from 2002 in which actor Stacy Keach reads Hemingway's short story; Screen Director's Playhouse radio adaptation from 1949 of the 1946 film, starring Burt Lancaster and Shelley Winters; Interview from 2002 with actor Clu Gulager; Audio excerpt from director Don Siegel's autobiography, A Siegel Film, read by actor and director Hampton Fancher; Trailers; PLUS: Essays by novelist Jonathan Lethem and critic Geoffrey O’Brien. 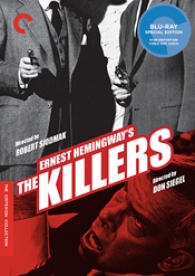 'Hiroshima mon amour' (June 16) - A cornerstone of the French New Wave, the first feature from Alain Resnais is one of the most influential films of all time. A French actress (Emmanuelle Riva) and a Japanese architect (Eiji Okada) engage in a brief, intense affair in postwar Hiroshima, their consuming mutual fascination impelling them to exorcise their own scarred memories of love and suffering. With an innovative flashback structure and an Academy Award–nominated screenplay by novelist Marguerite Duras, Hiroshima mon amour is a moody masterwork that delicately weaves past and present, personal pain and public anguish.

The Blu-ray will feature 1080p video, an uncompressed French mono soundtrack, and supplements will include: Audio commentary by film historian Peter Cowie; Interviews with director Alain Resnais from 1961 and 1980; Interviews with actor Emmanuelle Riva from 1959 and 2003; New interview with film scholar François Thomas, author of L’atelier d’Alain Resnais; New interview with music scholar Tim Page about the film's score; Revoir Hiroshima . . . , a 2013 program about the film's restoration; PLUS: An essay by critic Kent Jones and excerpts from a 1959 Cahiers du cinéma roundtable discussion about the film. 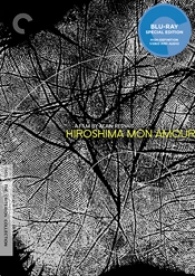 'The Black Stallion' (July 14) - This remarkable adaptation of Walter Farley's classic children’s novel by Carroll Ballard—in which an American boy is rescued after a shipwreck off the coast of North Africa by a seemingly untamable wild horse—is a cinematic tour de force. From the crystalline shores of a deserted island in the Arabian Sea to the green grass and dusty roads of 1930s suburban New York, Ballard and director of photography Caleb Deschanel create a film of consistent visual invention and purity, also featuring a winning supporting performance by Mickey Rooney as a retired jockey and a gorgeous score by Carmine Coppola.

The Blu-ray will feature 1080p video, an English DTS-HD MA 2.0 surround soundtrack, and supplements will include: Five short films by Carroll Ballard, with introductions by the director: Pigs! (1965), The Perils of Priscilla (1969), Rodeo (1969), Seems Like Only Yesterday (1971), and Crystallization (1974); New conversation between Ballard and film critic Scott Foundas; New interview with Deschanel; New piece featuring photographer Mary Ellen Mark discussing her images from the film’s set; Trailer; PLUS: An essay by film critic Michael Sragow. 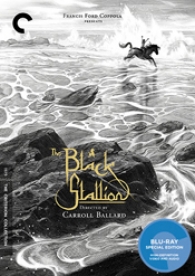 'Here is Your Life' (July 14) - This mesmerizing debut by the great Swedish director Jan Troell (The Emigrants, The New Land) is an epic bildungsroman and a multilayered representation of early twentieth-century Sweden. Based on a series of semi-autobiographical novels by Nobel Prize winner Eyvind Johnson, 'Here Is Your Life' follows a working-class boy's development, from naive teenager to intellectually curious young adult, from logger to movie projectionist to politically engaged man of the people—all set against the backdrop of a slowly industrializing rural landscape. With its mix of modernist visual ingenuity and elegantly structured storytelling, this enchanting film—presented here in its original nearly three-hour cut—is a reminder that Troell is one of European cinema's greatest and most sensitive illuminators of the human condition. 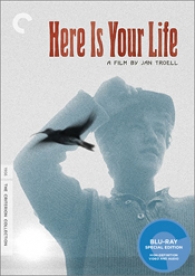 'My Beautiful Laundrette' (July 21) - Stephen Frears was at the forefront of the British cinematic revival of the mid-1980s, and the delightfully transgressive 'My Beautiful Laundrette' is his greatest triumph of the period. Working from a richly layered script by writer Hanif Kureishi, soon to be internationally renowned, Frears tells an uncommon love story that takes place between a young South London Pakistani man (Gordon Warnecke), who decides to open an upscale laundromat to make his family proud, and his childhood friend, a skinhead (Daniel Day-Lewis, in a breakthrough role), who volunteers to help make his dream a reality. This culture-clash comedy is also a subversive work of social realism, which dares to address racism, homophobia, and sociopolitical marginalization in Margaret Thatcher’s England. 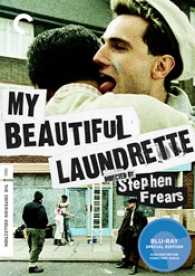 'Moonrise Kingdom' (July 21) - An island off the New England coast, summer of 1965. Two twelve-year-olds, Sam and Suzy, fall in love, make a secret pact, and run away together into the wilderness. As local authorities try to hunt them down, a violent storm is brewing offshore . . . Wes Anderson's 'Moonrise Kingdom' stars Jared Gilman and Kara Hayward as the young couple on the run, Bruce Willis as Island Police Captain Sharp, Edward Norton as Khaki Scout troop leader Scout Master Ward, and Bill Murray and Frances McDormand as Suzy's attorney parents, Walt and Laura Bishop. The cast also includes Tilda Swinton, Jason Schwartzman, and Bob Balaban. The magical soundtrack features the music of Benjamin Britten.

The Blu-ray will feature 1080p video, an English DTS-HD MA 5.1 soundtrack, and supplements will include: Audio commentary featuring Anderson; Selected-scene storyboard animatics; Interviews with cast and crew; Behind-the-scenes tour hosted by Bill Murray; Welcome to New Penzance, hosted by Bob Balaban; Auditions; Home movies from the set; Trailer; More!; PLUS: A booklet featuring an essay by critic Geoffrey O’Brien, plus a map of New Penzance Island and other ephemera. 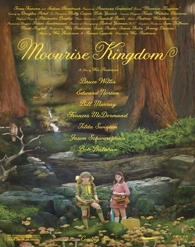