The distributor has revealed its upcoming slate of January releases, including Preston Sturges' 'The Palm Beach Story' and Kihachi Okamoto's 'The Sword of Doom.'

In an early announcement to retailers, Criterion is preparing 'The Sword of Doom,' 'The Bitter Tears of Petra von Kant,' 'My Winnipeg,' 'The Palm Beach Story,' and 'La ciénaga' for Blu-ray throughout the month of January.

'The Sword of Doom' (January 6) - Tatsuya Nakadai and Toshiro Mifune star in the story of a wandering samurai who exists in a maelstrom of violence. A gifted swordsman plying his craft during the turbulent final days of shogunate rule in Japan, Ryunosuke (Nakadai) kills without remorse or mercy. It is a way of life that ultimately leads to madness. Kihachi Okamoto's swordplay classic is the thrilling tale of a man who chooses to devote his life to evil.

The Blu-ray will feature 1080p video, an uncompressed Japanese mono soundtrack, and supplements will include: Audio commentary featuring film historian Stephen Prince; Trailer; PLUS: An essay by critic Geoffrey O’Brien. 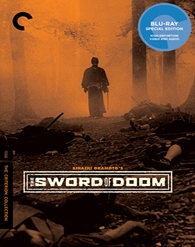 'The Bitter Tears of Petra von Kant' (January 13) - In the early 1970s, Rainer Werner Fassbinder discovered the American melodramas of Douglas Sirk and was inspired by them to begin working in a new, more intensely emotional register. One of the earliest and best-loved films of this period in his career is 'The Bitter Tears of Petra von Kant,' which balances a realistic depiction of tormented romance with staging that remains true to the director’s roots in experimental theater. This unforgettable, unforgiving dissection of the imbalanced relationship between a haughty fashion designer (Margit Carstensen) and a beautiful but icy ingenue (Hanna Schygulla)—based, in a sly gender reversal, on the writer-director’s own desperate obsession with a young actor—is a fully Fassbinder affair, featuring exquisitely claustrophobic cinematography by Michael Ballhaus and full-throttle performances by an all-female cast. 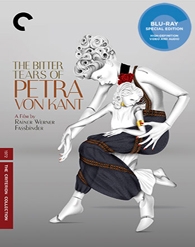 'My Winnipeg' (January 20) - The geographical dead center of North America and the beloved birthplace of Guy Maddin, Winnipeg is the frosty and mysterious star of Maddin's "docu-fantasia." A work of memory and imagination, Maddin's film burrows into what the filmmaker calls "the heart of the heart" of the continent, conjuring a city as delightful as it is fearsome, populated by sleepwalkers and hockey aficionados. Take part in Winnipeg’s annual epic scavenger hunt! Pay your respects to the racehorses forever frozen in the river! Help judge the yearly homoerotic Golden Boy pageant! What is real and what is fantasy is left up to the viewer to sort out in Maddin's hypnotic, expertly conceived paean to that wonderful and terrifying place known as My Hometown.

The Blu-ray will feature 1080p video, an English 2.0 surround DTS-HD MA soundtrack, and supplements will include: Conversation between director Guy Maddin and art critic Robert Enright; "My Winnipeg" Live in Toronto, a 2008 featurette; Various cine-essays by Maddin on Winnipegiana; Three Maddin shorts, with introductions by the director: Spanky: To the Pier and Back (2008), Sinclair (2010), and Only Dream Things (2012); Deleted scene; Trailer; PLUS: An essay by critic Wayne Koestenbaum. 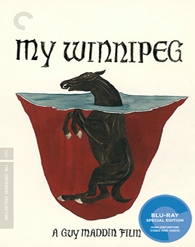 'The Palm Beach Story' (January 20) - This wild tale of wacky wedlock from Preston Sturges takes off like a rocket and never lets up. Joel McCrea and Claudette Colbert play Tom and Gerry, a married New York couple on the skids, financially and romantically. With Tom hot on her trail, Gerry takes off for Florida on a mission to solve the pair’s money troubles, which she accomplishes in a highly unorthodox manner. A mix of the witty and the utterly absurd, 'The Palm Beach Story' is a high watermark of Sturges's brand of physical comedy and verbal repartee, featuring sparkling performances from its leads as well as hilarious supporting turns from Rudy Vallee and Mary Astor as a brother and a sister ensnared in Tom and Gerry's high jinks. 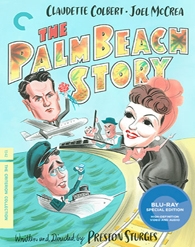 'La ciénaga' (January 27) - The release of Lucrecia Martel's 'La ciénaga' heralded the arrival of an astonishingly vital and original voice in Argentine cinema. With a radical take on narrative, disturbing yet beautiful cinematography, and a highly sophisticated use of on- and offscreen sound, Martel turns her tale of a decaying bourgeois family, whiling away the hours of one sweaty, sticky summer, into a cinematic marvel. This visceral take on class, nature, sexuality, and the ways political turmoil and social stagnation can manifest in human relationships is a drama of amazing tactility and one of the great contemporary film debuts.

The Blu-ray will feature 1080p video, a Spanish 2.0 surround DTS-HD MA soundtrack, and supplements will include: New interview with filmmaker Andrés di Tella about Martel and the film; Trailer; More!; PLUS: An essay by critic David Oubiña. 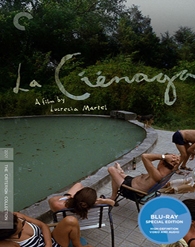