The distributor has revealed its upcoming slate of February releases, including Nicolas Roeg's 'Don't Look Now' and Yasujirô Ozu's 'An Autumn Afternoon.'

In an early announcement to retailers, Criterion is preparing 'Every Man for Himself,' 'A Day in the Country,' 'Don't Look Now,' 'An Autumn Afternoon,' 'Fellini Satyricon,' and 'Watership Down' for Blu-ray throughout the month of February.

'Every Man for Himself' (February 3) - After a decade in the wilds of avant-garde and early video experimentation, Jean-Luc Godard returned to commercial cinema with this work of social commentary, star-driven and narrative while remaining defiantly intellectual and visually cutting-edge. 'Every Man for Himself,' featuring a script by Jean-Claude Carrière and Anne-Marie Miéville, looks at the sexual and professional lives of three people—a television producer (Jacques Dutronc), his ex-girlfriend (Nathalie Baye), and a prostitute (Isabelle Huppert)—to create a meditative story about work, relationships, and the notion of freedom. Made twenty years into his career, the film was, according to Godard, a second debut. 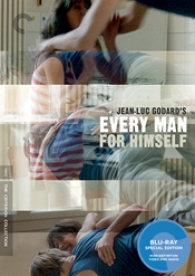 'A Day in the Country' (February 10) - This bittersweet work from Jean Renoir, based on a story by Guy de Maupassant, is a tenderly comic idyll about a city family’s picnic in the French countryside and the romancing of the mother and grown daughter by two local men. Conceived as part of a larger project that was never completed, shot in 1936, and released ten years later, the warmly humanist vignette 'A Day in the Country' ranks among Renoir’s most lyrical films, with a love for nature imbuing its every beautiful frame.

The Blu-ray will feature 1080p video, an uncompressed French mono soundtrack, and supplements will include: Introduction by director Jean Renoir from 1962; New interview with Renoir scholar Christopher Faulkner about the film’s production; New video essay by Faulkner on Renoir’s methods; Un tournage à la campagne, an 89-minute 1994 compilation of outtakes from the film; Interview with producer Pierre Braunberger from 1979; Screen tests; PLUS: An essay by film scholar Gilberto Perez. 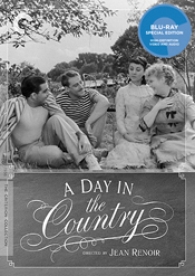 'Don't Look Now' (February 10) - Donald Sutherland and Julie Christie mesmerize as a married couple on an extended trip to Venice following a family tragedy. While in that elegantly decaying city, they have a series of inexplicable, terrifying, and increasingly dangerous experiences. A masterpiece from Nicolas Roeg, 'Don’t Look Now,' adapted from a story by Daphne du Maurier, is a brilliantly disturbing tale of the supernatural, as renowned for its innovative editing and haunting cinematography as its explicit eroticism and unforgettable denouement, one of the great endings in horror history.

The Blu-ray will feature 1080p video, an uncompressed English mono soundtrack, and supplements will include: New conversation between the film’s editor, Graeme Clifford, and film writer Bobbie O’Steen; "Don’t Look Now," Looking Back, a short 2002 documentary featuring Roeg, Clifford, and cinematographer Anthony Richmond; Death in Venice, a 2006 interview with composer Pino Donaggio; Something Interesting, a new documentary on the writing and making of the film, featuring interviews with Richmond, actors Julie Christie and Donald Sutherland, and coscreenwriter Allan Scott; Nicolas Roeg: The Enigma of Film, a new documentary on Roeg’s style, featuring interviews with filmmakers Danny Boyle and Steven Soderbergh; Q&A with Roeg at London’s Ciné Lumière from 2003; Trailer; PLUS: An essay by film critic David Thompson. 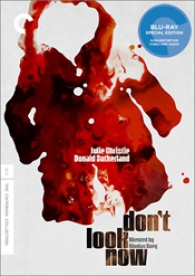 'An Autumn Afternoon' (February 17) - The final film from Yasujiro Ozu was also his last masterpiece, a gently heartbreaking story about a man’s dignifed resignation to life’s shifting currents and society’s modernization. Though widower Shuhei (frequent Ozu leading man Chishu Ryu) has been living comfortably for years with his grown daughter, a series of events leads him to accept and encourage her marriage and departure from their home. As elegantly composed and achingly tender as any of the Japanese master’s films, 'An Autumn Afternoon' is one of cinema’s fondest farewells.

The Blu-ray will feature 1080p video, an uncompressed Japanese mono soundtrack, and supplements will include: Audio commentary featuring film scholar David Bordwell, author of Ozu and the Poetics of Cinema; Excerpts from Yasujiro Ozu and “The Taste of Sake," a 1978 French television program, featuring critics Michel Ciment and Georges Perec, that looks back on Ozu’s career; Trailer; PLUS: Essays by critic Geoff Andrew and scholar Donald Richie. 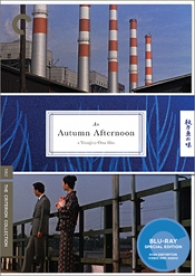 The Blu-ray will feature 1080p video, an uncompressed Italian mono soundtrack, and supplements will include: Audio commentary featuring an adaptation of Eileen Lanouette Hughes’s memoir On the Set of “Fellini Satyricon”: A Behind-the-Scenes Diary; Ciao, Federico!, Gideon Bachmann’s hour-long documentary shot on the set of Fellini Satyricon; Archival interviews with director Federico Fellini; New interview with cinematographer Giuseppe Rotunno; New documentary about Fellini’s adaptation of Petronius’s work, featuring interviews with classicists Luca Canali, a consultant on the film, and Joanna Paul; New interview with photographer Mary Ellen Mark about her experiences on the set and her iconic photographs of Fellini and his film; Felliniana, a presentation of Fellini Satyricon ephemera from the collection of Don Young; Trailer; PLUS: An essay by film critic Michael Wood.

'Watership Down' (February 24) - With this passion project, screenwriter-producer-director Martin Rosen brilliantly achieved what was thought difficult, if not impossible: a faithful big-screen adaptation of Richard Adams’s classic British dystopian novel about a community of rabbits seeking safety and happiness after their warren comes under terrible threat. With its naturalistic hand-drawn animation, dreamily expressionistic touches, gorgeously bucolic background design, and elegant voice work from such superb English actors as John Hurt, Ralph Richardson, Richard Briers, and Denholm Elliott, 'Watership Down' is an emotionally arresting, dark-toned allegory about freedom amid political turmoil.

The Blu-ray will feature 1080p video, an uncompressed English 2.0 soundtrack, and supplements will include: New interview with director Martin Rosen; New appreciation of the film by director Guillermo del Toro; Defining a Style, a 2005 featurette about the film’s aesthetic; trailer; PLUS: An essay by comic book writer Gerard Jones 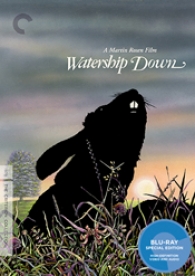 Discs mentioned in this article: (Click for specs and reviews)
Every Man for Himself (Blu-ray)
A Day in the Country (Blu-ray)
Don't Look Now - Criterion Collection (Blu-ray)
An Autumn Afternoon (Blu-ray)
Fellini Satyricon (Blu-ray)
Watership Down (Blu-ray)