The distributor has revealed its upcoming slate of December releases, including Michael Ritchie's 'Downhill Racer' and Howard Brookner's 'Burroughs: The Movie.'

In an early announcement to retailers, Criterion is preparing 'Downhill Racer,' 'Jellyfish Eyes,' 'Speedy,' and 'Burroughs: The Movie' for Blu-ray throughout the month of December.

'Downhill Racer' (December 1) - Astonishing Alpine location photography and a young Robert Redford in one of his earliest starring roles are just two of the visual splendors of Downhill Racer, the visceral debut feature by Michael Ritchie. In a beautifully understated performance, Redford is David Chappellet, a ruthlessly ambitious skier competing for Olympic gold with an underdog American team in Europe, and Gene Hackman provides tough support as the coach who tries to temper the upstart’s narcissistic drive for glory. With a subtle screenplay by the acclaimed novelist James Salter, 'Downhill Racer' is a vivid character portrait, buoyed by breathtakingly fast and furious imagery that places the viewer directly in the mind of the competitor.

The Blu-ray will feature 1080p video, an uncompressed English mono soundtrack, and supplements will include: Interviews from 2009 with actor Robert Redford, screenwriter James Salter, editor Richard Harris, production manager Walter Coblenz, and former downhill skiier Joe Jay Jalbert, who served as a technical adviser, ski double, and cameraman on the film; Audio excerpts from a 1977 American Film Institute seminar with director Michael Ritchie; How Fast?, a rare twelve-minute promotional feature from 1969; Trailer; PLUS: An essay by critic Todd McCarthy. 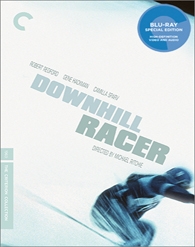 'Jellyfish Eyes' (December 8) - Takashi Murakami, one of the most popular artists in the world, made his directorial debut with 'Jellyfish Eyes,' taking his boundless imagination to the screen in a tale that is about friendship and loyalty at the same time as it addresses humanity's penchant for destruction. After moving to a country town with his mother following his father’s death, a young boy befriends a charming, flying, jellyfish-like sprite—only to discover that his schoolmates have similar friends, and that neither they nor the town itself are what they seem to be. Pointedly set in a post-Fukushima world, Murakami’s modest-budgeted special effects extravaganza boasts unforgettable creature designs and carries a message of cooperation and hope for all ages.

The Blu-ray will feature 1080p video, a Japanese DTS-HD MA 5.1 soundtrack, and supplements will include: New interview with director Takashi Murakami; Two new behind-the-scenes documentaries on the making of the film; Trailer for Jellyfish Eyes 2; PLUS: An essay by critic Glen Helfand. 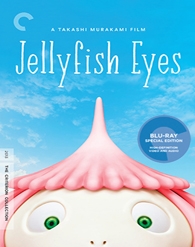 'Speedy' (December 8) - 'Speedy' was the last silent feature to star Harold Lloyd—and one of his very best. The slapstick legend reprises his "Glasses Character," this time as a good-natured but scatterbrained New Yorker who can’t keep a job. He finally finds his true calling when he becomes determined to help save the city's last horse-drawn trolley, which is operated by his sweetheart's crusty grandfather. From its joyous visit to Coney Island to its incredible Babe Ruth cameo to its hair-raising climactic stunts on the city’s streets, Speedy is an out-of-control love letter to New York that will have you grinning from ear to ear.

The Blu-ray will feature 1080p video, an uncompressed stereo soundtrack, and supplements will include: Audio commentary featuring Bruce Goldstein, director of repertory programming at New York’s Film Forum, and Turner Classic Movies program director Scott McGee; In the Footsteps of “Speedy,” a new short documentary by Goldstein about the film’s New York locations; Selection of rare archival footage of baseball legend Babe Ruth, who has a cameo in the film, presented by David Filipi, director of film and video at the Wexner Center for the Arts in Columbus, Ohio; New visual essay featuring stills of deleted scenes from the film and narrated by Goldstein; Selection of Lloyd’s home movies, narrated by his granddaughter, Suzanne Lloyd; Bumping into Broadway, a 1919 Lloyd two-reeler, newly restored and with a 2004 score by Robert Israel; PLUS: An essay by critic Phillip Lopate. 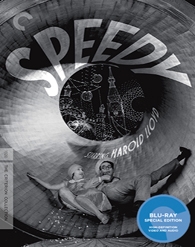 'Burroughs: The Movie' (December 15) - Made up of intimate, revelatory footage of the singular author and poet filmed over the course of five years, Howard Brookner's 1983 documentary about William S. Burroughs was for decades mainly the stuff of legend; that changed when Aaron Brookner, the late director’s nephew, discovered a print of it in 2011 and spearheaded a restoration. Now viewers can enjoy the invigorating candidness of 'Burroughs: The Movie,' a one-of-a-kind nonfiction portrait that was brought to life with the help of a remarkable crew of friends, including Jim Jarmusch and Tom DiCillo, and that features on-screen appearances by fellow artists of Burroughs’s including Allen Ginsberg, Herbert Huncke, Patti Smith, and Terry Southern.

The Blu-ray will feature 1080p video, an uncompressed English mono soundtrack, and supplements will include: New interviews with filmmakers Jim Jarmusch, Aaron Brookner, and Tom DiCillo, as well as William S. Burroughs’s friends and fellow writers James Grauerholz and Stew Meyer; Rare outtakes; Footage from the 2014 New York Film Festival premiere of the film’s restoration; Thirty-minute experimental edit of the film from 1981 by inventor and photographer Robert E. Fulton Jr.; More!; PLUS: An essay by critic Luc Sante and a collage poster by artist Alison Mosshart. 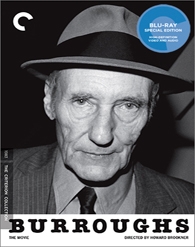