The distributor has revealed its upcoming slate of December releases, including John Huston's 'The Asphalt Jungle' and Federico Felini's 'Roma.'

In an early announcement to retailers, Criterion is preparing 'The Asphalt Jungle,' 'Roma,' 'The Exterminating Angel,' and 'Heart of a Dog' for Blu-ray throughout the month of December.

'The Exterminating Angel' (December 6) - A group of high-society friends are invited to a mansion for dinner and inexplicably find themselves unable to leave in The Exterminating Angel (El ángel exterminador), a daring masterpiece from Luis Buñuel. Made just one year after his international sensation Viridiana, this film, full of eerie, comic absurdity, furthers Buñuel’s wicked takedown of the rituals and dependencies of the frivolous upper classes.

The Blu-ray will feature 1080p video, an uncompressed Spanish mono soundtrack, and supplements will include: The Last Script: Remembering Luis Buñuel, a 2008 documentary featuring writer Jean-Claude Carrière and filmmaker Juan Luis Buñuel; Interviews with actor Silvia Pinal and filmmaker Arturo Ripstein from 2006; Trailer; PLUS: A booklet featuring an essay by film scholar Marsha Kinder and an interview with director Luis Buñuel from the 1970s. 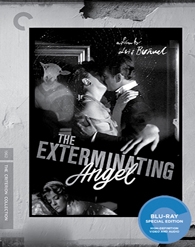 'Heart of a Dog' (December 6) - Heart of a Dog marks the first feature film by multimedia artist Laurie Anderson in over thirty years. A cinematic tone poem that flows from a sustained meditation on death and other forms of absence, the film seamlessly weaves together thoughts on Tibetan Buddhism, reincarnation, the modern surveillance state, and the artistic lives of dogs, with an elegy for the filmmaker’s beloved rat terrier, Lolabelle, at its heart. Narrated by Anderson with her characteristic wry wit, and featuring a plaintive, free-form score by the filmmaker, the tender and provocative Heart of a Dog continues Anderson’s five-decade career of imbuing the everyday with a sense of dreamlike wonder.

The Blu-ray will feature 1080p video, an English 5.1 surround DTS-HD Master Audio soundtrack, and supplements will include: New conversation between director Laurie Anderson and coproducer Jake Perlin; Footage of Anderson’s 2016 Concert for Dogs; Trailer; PLUS: An essay by film critic Glenn Kenny. 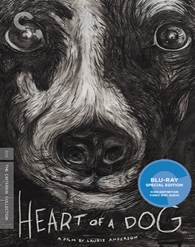 'The Asphalt Jungle' (December 13) - In a smog-choked city somewhere in the American Midwest, an aging criminal mastermind, newly released from prison, hatches a plan for a million-dollar jewel heist and draws a wealthy lawyer and a cherry-picked trio of outlaws into his carefully devised but inevitably doomed scheme. Anchored by an abundance of nuanced performances from a gifted ensemble—including a tight-jawed Sterling Hayden and a sultry Marilyn Monroe in her breakout role—this gritty crime classic by John Huston climaxes in a meticulously detailed anatomy of a robbery that has reverberated through the genre ever since. An uncommonly naturalistic view of a seamy underworld,The Asphalt Jungle painstakingly depicts the calm professionalism and toughness of its gangster heroes while evincing a remarkable depth of compassion for their all-too-human fragility, and it showcases a master filmmaker at the height of his powers. 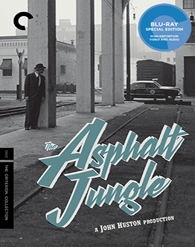 'Roma' (December 13) - Travelogue, memoir, and outrageous cinematic spectacle converge in this kaleidoscopic valentine to the Eternal City, composed by one of its most iconic inhabitants. Leisurely one moment and breathless the next, this urban fantasia by Federico Fellini interweaves recollections of the director’s young adulthood in the era of Mussolini with an impressionistic portrait of contemporary Rome, where he and his film crew are gathering footage of the bustling cityscape. The material delights of sex, food, nightlife, and one hallucinatory ecclesiastical fashion show are shot through with glimmers of a monumental past: the Colosseum encircled by traffic, ancient frescoes unearthed in a subway tunnel, a pigeon-befouled statue of Caesar. With a head-spinning mix of documentary immediacy and extravagant artifice, Romapenetrates the myth and mystique of Italy’s storied capital, a city Fellini called “the most wonderful movie set in the world.” 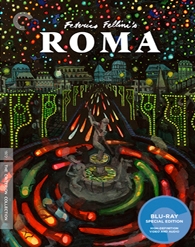