The distributor has revealed its upcoming slate of August releases, including Brian De Palma's 'Dressed to Kill' and François Truffaut's 'Day for Night.'

In an early announcement to retailers, Criterion is preparing 'Night and the City,' 'The French Lieutenant's Woman,' 'Dressed to Kill,' 'Day for Night,' and 'Two Days, One Night' for Blu-ray throughout the month of August.

'Night and the City' (August 4) - Two-bit hustler Harry Fabian (Richard Widmark) longs for a life of ease and plenty. Trailed by an inglorious history of go-nowhere schemes, he tries to hatch a lucrative plan with a famous wrestler. But there is no easy money in this underworld of shifting alliances, bottomless graft, and pummeled flesh—and Fabian soon learns the horrible price of his ambition. Luminously shot in the streets of London while Hollywood blacklisters back home were closing in on director Jules Dassin, 'Night and the City,' also starring Gene Tierney, is film noir of the first order, and one of Dassin’s crowning achievements.

The Blu-ray will feature 1080p video, an uncompressed English mono soundtrack, and supplements will include:Alternate presentation of the 101-minute British version of the film; Audio commentary from 2005 with film scholar Glenn Erickson; Interview with director Jules Dassin from 2005; Excerpts from a 1972 televison interview with Dassin; Comparison of the scores for the British and American versions of the film; Trailer; PLUS: An essay by film scholar Paul Arthur. 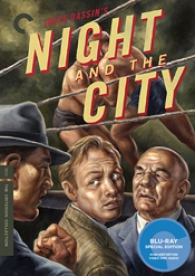 'The French Lieutenant's Woman' (August 11) - An astounding array of talent came together for the big-screen adaptation of John Fowles's novel 'The French Lieutenant’s Woman,' a postmodern masterpiece that had been considered unfilmable. With an ingenious script by the Nobel Prize–winning playwright Harold Pinter, British New Wave trailblazer Karel Reisz transforms Fowles’s tale of scandalous romance into an arresting, hugely entertaining movie about cinema. In Pinter’s reimagining, Jeremy Irons and Meryl Streep star in parallel narratives, as a Victorian-era gentleman and the social outcast he risks everything to love, and as the contemporary actors cast in those roles and immersed in their own forbidden affair. The French Lieutenant’s Woman, shot by the consummate cinematographer Freddie Francis and scored by the venerated composer and conductor Carl Davis, is a beguiling, intellectually nimble feat of filmmaking, starring a pair of legendary actors in early leading roles. 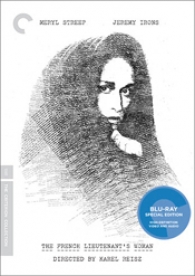 'Dressed to Kill' (August 18) - Brian De Palma ascended to the highest ranks of American suspense filmmaking with this virtuoso, explicit erotic thriller. At once tongue-in-cheek and scary as hell, 'Dressed to Kill' revolves around the grisly murder of a woman in Manhattan, and what happens when her psychiatrist, her brainiac teenage son, and the prostitute who witnessed the crime try to piece together what happened while the killer remains at large. With its masterfully executed scenes of horror, voluptuous camera work, and passionate score, Dressed to Kill is a veritable symphony of terror, enhanced by vivid performances by Angie Dickinson, Michael Caine, and Nancy Allen.

The Blu-ray will feature 1080p video, an uncompressed English mono soundtrack, and supplements will include: New interviews with actor Nancy Allen, producer George Litto, composer Pino Donaggio, shower-scene body double Victoria Lynn Johnson, and poster photographic art director Stephen Sayadian; New profile of cinematographer Ralf Bode, featuring filmmaker Michael Apted; The Making of “Dressed to Kill,” a 2001 documentary featuring De Palma; Interview with actor-director Keith Gordon from 2001; Video pieces from 2001 about the different versions of the film and the cuts made to avoid an X rating; Gallery of storyboards by De Palma; Trailer; PLUS: An essay by critic Michael Koresky. 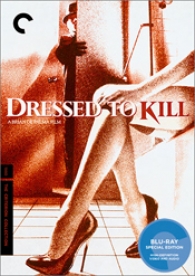 'Day for Night' (August 18) - This loving farce from François Truffaut about the joys and turbulence of moviemaking is one of his most beloved films. Truffaut himself appears as the harried director of a frivolous melodrama, the shooting of which is plagued by the whims of a neurotic actor (Jean-Pierre Léaud); an aging but still forceful Italian diva (Valentina Cortese); and a British ingenue haunted by personal scandal (Jacqueline Bisset). An irreverent paean to the prosaic craft of cinema as well as a delightful human comedy about the pitfalls of love and sex, 'Day for Night' is buoyed by robust performances and a sparkling score by the legendary Georges Delerue. 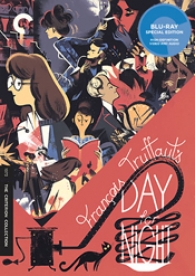 'Two Days, One Night' (July 21) - Oscar winner Marion Cotillard received another nomination for her searing, deeply felt performance as a working-class woman desperate to hold on to her factory job, in this gripping film from master Belgian directors Jean-Pierre and Luc Dardenne. Cotillard is Sandra, a wife and mother who suffers from depression and discovers that, while she was home on sick leave, a majority of her coworkers voted in favor of her being fired rather than give up their annual bonuses. She then spends a Saturday and Sunday visiting them each in turn, to try to convince them to change their minds. From this simple premise, the Dardennes render a powerful, humanist drama about the importance of community in an increasingly impersonal world.

The Blu-ray will feature 1080p video, a French DTS-HD Master Audio 5.1 soundtrack, and supplements will include: New interviews with the Dardennes and actors Marion Cotillard and Fabrizio Rongione; When Léon M.’s Boat Went Down the Meuse for the First Time (1979), a forty-five minute documentary by the Dardennes, featuring a new introduction by the directors; New tour of the film’s key locations with the directors; Trailer; PLUS: An essay by critic Girish Shambu. 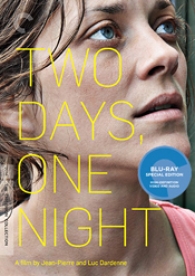