The distributor has revealed its upcoming slate of August releases, including Robert Altman's 'McCabe & Mrs. Miller' and Orson Welles' 'Chimes at Midnight.'

In an early announcement to retailers, Criterion is preparing 'McCabe & Mrs. Miller, 'Ingrid Bergman: In Her Own Words,' 'A Taste of Honey,' 'Woman in the Dunes,' 'The Immortal Story,' and 'Chimes at Midnight' for Blu-ray throughout the month of August.

'McCabe & Mrs. Miller' (August 9) - This unorthodox dream western by Robert Altman may be the most radically beautiful film to come out of the New American Cinema that transformed Hollywood in the early 1970s. It stars Warren Beatty and Julie Christie as an enterprising gambler and a bordello madam, both newcomers to the raw Pacific Northwest mining town of Presbyterian Church, who join forces to provide the miners with a superior kind of whorehouse experience. The appearance of representatives of a powerful mining company with interests of its own, however, threatens to be the undoing of their plans. With its fascinating flawed characters, evocative cinematography by the great Vilmos Zsigmond, and soundtrack that innovatively interweaves overlapping dialogue and haunting Leonard Cohen songs, McCabe & Mrs. Miller brilliantly deglamorized and revitalized the most American of genres.

The Blu-ray will feature 1080p video, an uncompressed English mono soundtrack, and supplements will include: Audio commentary from 2002 featuring director Robert Altman and producer David Foster; New documentary on the making of the film, featuring actors René Auberjonois, Keith Carradine, and Michael Murphy; casting director Graeme Clifford; and script supervisor Joan Tewkesbury; New conversation about the film and Altman’s career between film historians Cari Beauchamp and Rick Jewell; Featurette from the film’s production, shot on location in 1970; Q&A from 1999 with production designer Leon Ericksen, hosted by the Art Directors Guild Film Society; Archival footage from interviews with cinematographer Vilmos Zsigmond, in which he discusses his work on the film; Gallery of stills from the set by photographer Steve Schapiro; Excerpts from two 1971 episodes of The Dick Cavett Show featuring Altman and film critic Pauline Kael; Trailer; PLUS: An essay by novelist and critic Nathaniel Rich. 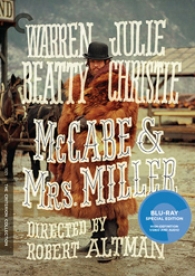 'Ingrid Bergman: In Her Own Words' (August 16) - Whether headlining films in Sweden, Italy, or Hollywood, Ingrid Bergman always pierced the screen with a singular soulfulness. With this new documentary, made on the occasion of the one hundredth anniversary of Bergman’s birth, director Stig Björkman allows us unprecedented access to her world, culling from the most personal of archival materials—letters, diary entries, photographs, and 8 mm and 16 mm footage Bergman herself shot—and following her from youth to tumultuous married life and motherhood. Intimate and artful, this lovingly assembled portrait, narrated by actor Alicia Vikander, provides luminous insight into the life and career of an undiminished legend.

The Blu-ray will feature 1080p video, a Swedish DTS-HD MA 5.1 soundtrack, and supplements will include: New interview with Björkman; Selection of 8 mm home movies shot by Bergman in the 1930s; Two deleted scenes, showing Bergman’s daughters reading an essay she wrote at age seventeen and an interview with film historian and Bergman scholar Rosario Tronnolone; Extended versions of scenes featuring interviews with actors Sigourney Weaver and Liv Ullmann and Bergman’s daughter Isabella Rossellini and with the three Rossellini siblings; Clip from the 1932 film Landskamp, featuring Bergman in her first screen role; Outtakes from Bergman’s 1936 film On the Sunny Side; Music video for Eva Dahlgren’s song “The Movie About Us,” which is included on the film’s soundtrack; Trailer; PLUS: An essay by film scholar Jeanine Basinger. 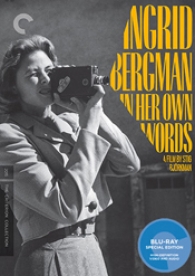 'A Taste of Honey' (August 23) - The revolutionary British New Wave films of the early 1960s were celebrated for their uncompromising depictions of working-class lives and relations between the sexes. Directed by Tony Richardson, a leading light of that movement, and based on one of the most controversial plays of its time, A Taste of Honey stars Rita Tushingham, in a star-making debut role, as a disaffected teenager finding her way amid the economic desperation of industrial Manchester, and despite an absent, self-absorbed mother. With its unapologetic identification with social outcasts and its sensitive, modern approach to matters of sexuality and race, Richardson’s classic is a still startling benchmark work of realism.

The Blu-ray will feature 1080p video, an uncompressed English mono soundtrack, and supplements will include: New interviews with actors Rita Tushingham and Murray Melvin; Audio interview with director and coscreenwriter Tony Richardson, conducted by film critic Gideon Bachmann at the 1962 Cannes Film Festival; New interview with Kate Dorney, curator of modern and contemporary theater at the Victoria and Albert Museum in London, about A Taste of Honey’s onstage origins; Excerpt from a 1960 television interview with A Taste of Honey playwright Shelagh Delaney; Momma Don’t Allow (1956), Richardson’s first theatrical film; PLUS: An essay by film scholar Colin MacCabe. 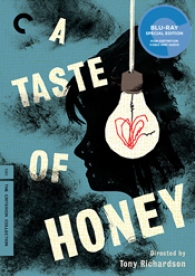 'Woman in the Dunes' (August 23) - One of the 1960s’ great international art-house sensations, Woman in the Dunes was for many the grand unveiling of the surreal, idiosyncratic world of Hiroshi Teshigahara. Eiji Okada plays an amateur entomologist who has left Tokyo to study an unclassified species of beetle found in a vast desert. When he misses his bus back to civilization, he is persuaded to spend the night with a young widow (Kyoko Kishida) in her hut at the bottom of a sand dune. What results is one of cinema’s most unnerving and palpably erotic battles of the sexes, as well as a nightmarish depiction of the Sisyphean struggle of everyday life—an achievement that garnered Teshigahara an Academy Award nomination for best director. 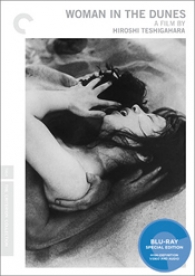 'The Immortal Story' (August 30) - Orson Welles's first color film and final completed fictional feature, The Immortal Story is a moving and wistful adaptation of a tale by Isak Dinesen. Welles stars as a wealthy merchant in nineteenth-century Macao, who becomes obsessed with bringing to life an oft-related anecdote about a rich man who gives a poor sailor a small sum of money to impregnate his wife. Also starring an ethereal Jeanne Moreau, this jewel-like film, dreamily shot by Willy Kurant and suffused with the music of Erik Satie, is a brooding, evocative distillation of Welles’s artistic interests—a story about the nature of storytelling and the fine line between illusion and reality. 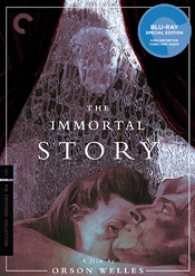 'Chimes at Midnight' (August 30) - The crowning achievement of Orson Welles's extraordinary film career, Chimes at Midnight was the culmination of the filmmaker’s lifelong obsession with Shakespeare’s ultimate rapscallion, Sir John Falstaff. Usually a comic supporting figure, Falstaff—the loyal, often soused friend of King Henry IV’s wayward son Prince Hal—here becomes the focus: a robustly funny and ultimately tragic screen antihero played by Welles with looming, lumbering grace. Integrating elements from both Henry IV plays as well as Richard II, Henry V, and The Merry Wives of Windsor, Welles created a gritty and unorthodox Shakespeare film, one that he intended, he said, as "a lament . . . for the death of Merrie England." Poetic, philosophical, and visceral—with a kinetic centerpiece battle sequence that rivals anything else in the director's body of work—Chimes at Midnight is as monumental as the figure at its heart. 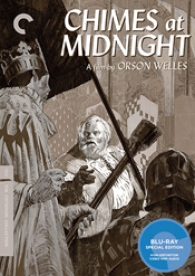 Discs mentioned in this article: (Click for specs and reviews)
McCabe & Mrs. Miller (Blu-ray)
Ingrid Bergman: In Her Own Words - Criterion Collection (Blu-ray)
A Taste of Honey (Blu-ray)
Woman in the Dunes (Blu-ray)
The Immortal Story (Blu-ray)
Chimes at Midnight (Blu-ray)