The distributor has revealed its upcoming slate of April releases, including Preston Sturges' 'Sullivan's Travels' and Jean Renoirs' 'The River.'

In an early announcement to retailers, Criterion is preparing 'Odd Man Out,' 'Sullivan’s Travels,' 'The River (1951),' 'Le silence de la mer,' and 'The Friends of Eddie Coyle' for Blu-ray throughout the month of April.

'Odd Man Out' (April 14) - Taking place largely over the course of one tense night, Carol Reed’s psychological noir, set in an unnamed Belfast, stars James Mason as a revolutionary ex-con leading a robbery that goes horribly wrong. Injured and hunted by the police, he seeks refuge throughout the city, while the woman he loves (Kathleen Ryan) searches for him among the shadows. Reed and cinematographer Robert Krasker (who would collaborate again on 'The Fallen Idol' and 'The Third Man') create images of stunning depth for this intense, spiritual depiction of a man’s ultimate confrontation with himself.

The Blu-ray will feature 1080p video, an uncompressed English mono soundtrack, and supplements will include: Postwar Poetry, a new short documentary about the film; New interview with British cinema scholar John Hill; New interview with music scholar Jeff Smith about composer William Alwyn and his score; Home, James, a 1972 documentary featuring actor James Mason revisiting his hometown; Radio adaptation of the film from 1952, starring Mason and Dan O’Herlihy; PLUS: An essay by critic Imogen Sara Smith.

'Sullivan’s Travels' (April 14) - Tired of churning out lightweight comedies, Hollywood director John L. Sullivan (Joel McCrea) decides to make 'O Brother, Where Art Thou?'—a serious, socially responsible film about human suffering. After his producers point out that he knows nothing of hardship, Sullivan hits the road disguised as a hobo. En route to enlightenment, he meets a lovely but no-nonsense young woman (Veronica Lake)—and more trouble than he ever dreamed of. This comic masterpiece by Preston Sturges is among the finest Hollywood satires and a high-water mark in the career of one of the industry’s most revered funnymen.

The Blu-ray will feature 1080p video, an uncompressed English mono soundtrack, and supplements will include: Audio commentary from 2001 by filmmakers Noah Baumbach, Kenneth Bowser, Christopher Guest, and Michael McKean; Preston Sturges: The Rise and Fall of an American Dreamer (1990), a 76-minute documentary made by Bowser for PBS’s American Masters series; New video essay by film critic David Cairns, featuring filmmaker Bill Forsyth; Interview from 2001 with Sandy Sturges, the director’s widow; Interview with Sturges by gossip columnist Hedda Hopper from 1951; Archival audio recordings of Sturges; PLUS: An essay by critic Stuart Klawans. 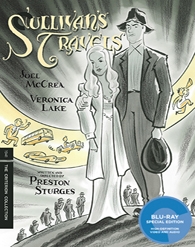 'The River (1951)' (April 21) - This entrancing first color feature from Jean Renoir—shot entirely on location in India—is a visual tour de force. Based on the novel by Rumer Godden, the film eloquently contrasts the growing pains of three young women with the immutability of the holy Bengal River, around which their daily lives unfold. Enriched by Renoir’s subtle understanding of and appreciation for India and its people, 'The River' gracefully explores the fragile connections between transitory emotions and steadfast creation.

The Blu-ray will feature 1080p video, an uncompressed English mono soundtrack, and supplements will include: Archival introduction to the film by director Jean Renoir; Around the River, a 60-minute 2008 documentary by Arnaud Mandagaran about the making of the film; Interview from 2004 with Martin Scorsese; Audio interview from 2000 with producer Ken McEldowney; New visual essay by film writer Paul Ryan, featuring rare behind-the-scenes stills; Trailer; PLUS: An essay by film scholar Ian Christie and original production notes by Renoir. 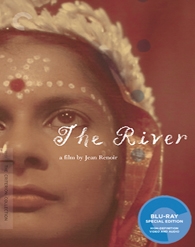 'Le silence de la mer' (April 28) - Jean-Pierre Melville began his superb filmmaking career with this powerful adaptation of an influential underground novel written during the Nazi occupation of France. An idealistic, naive German officer is assigned to the home of a middle-aged man and his grown niece; their response to his presence—their only form of resistance—is complete silence. Constructed with elegant minimalism and shot, by the legendary Henri Decaë, with hushed eloquence, 'Le silence de la mer' is a fascinating tale of moral ambiguity that points the way toward Melville’s later films about resistance and the occupation ('Léon Morin,' 'Priest;' 'Army of Shadows') yet remains a singularly eerie masterwork in its own right.

The Blu-ray will feature 1080p video, an uncompressed French mono soundtrack, and supplements will include: 24 Hours in the Life of a Clown (1946), Melville’s seventeen-minute first film; New interview with film scholar Ginette Vincendeau; Interview with Melville from 1959; PLUS: An essay by critic Geoffrey O’Brien. 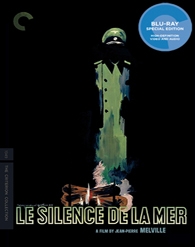 'The Friends of Eddie Coyle' (April 28) - In one of the best performances of his legendary career, Robert Mitchum plays small-time gunrunner Eddie "Fingers" Coyle in an adaptation by Peter Yates of George V. Higgins’s acclaimed novel The Friends of 'Eddie Coyle.' World-weary and living hand to mouth, Coyle works on the sidelines of the seedy Boston underworld just to make ends meet. But when he finds himself facing a second stretch of hard time, he’s forced to weigh loyalty to his criminal colleagues against snitching to stay free. Directed with a sharp eye for its gritty locales and an open heart for its less-than-heroic characters, this is one of the true treasures of 1970s Hollywood filmmaking—a suspenseful crime drama in stark, unforgiving daylight.

The Blu-ray will feature 1080p video, an uncompressed English mono soundtrack, and supplements will include: Audio commentary featuring Yates; Stills gallery; PLUS: An essay by critic Kent Jones and a 1973 on-set profile of actor Robert Mitchum from Rolling Stone. 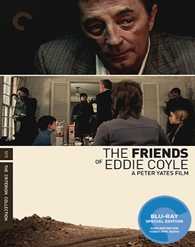