Films from Andrei Tarkovsky, Ingmar Bergman, and more are all in the works for Blu-ray.

In an early announcement to retailers, Criterion is preparing Andrei Rublev, A Raisin in the Sun, My Man Godfrey, Cold Water, and Scenes from a Marriage for Blu-ray throughout the month of September.

Scenes from a Marriage (September 4) - Chronicles the many years of love and turmoil that bind Marianne and Johan, tracking their relationship through matrimony, infidelity, divorce, and subsequent partnerships. Originally conceived by director Ingmar Bergman as a five-hour, six-part television miniseries, the film is also presented in its three-hour theatrical cut. Shot largely in intense, intimate close-ups by cinematographer Sven Nykvist and featuring flawless performances by Liv Ullmann and Erland Josephson, Bergman’s emotional X-ray reveals the deep joys and pains of a complex bond.

- High-definition digital transfers of both the television version and the U.S. theatrical version of the film, with uncompressed monaural soundtracks on the Blu-ray
- Interview with director Ingmar Bergman from 1986
- Interviews from 2003 with actors Liv Ullmann and Erland Josephson
- Interview from 2003 with Bergman scholar Peter Cowie comparing the two versions of Scenes from a Marriage
- PLUS: An essay by author Phillip Lopate 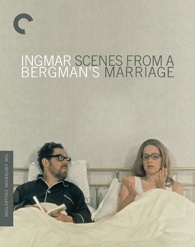 Cold Water (September 11) - An acclaimed early work by Olivier Assayas, the long-unavailable, deeply felt coming-of-age drama Cold Water can at last be seen in the United States. Drawing from his own youthful experiences, Assayas revisits the outskirts of Paris in the early 1970s, telling the story of teenage lovers Gilles (Cyprien Fouquet) and Christine (Virginie Ledoyen), whose rebellions against family and society threaten to tear them apart. The visceral realism of the movie’s narrative and the near experimentalism of its camera work come together effortlessly thanks to a rock soundtrack that vividly evokes the period. With one of the most memorable party sequences ever committed to film as a centerpiece, Cold Water is a heartbreaking immersion in the emotional tumult of being young. 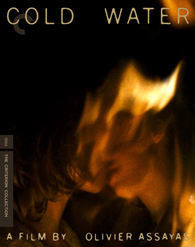 My Man Godfrey (September 18) - Carole Lombard and William Powell dazzle in this definitive screwball comedy, directed by Gregory La Cava—a potent cocktail of romantic repartee and Depression-era social critique. Irene (Lombard), an eccentric Manhattan socialite, wins a society-ball scavenger hunt after finding one of the “items” on the list, a “lost man” (Powell), at a dump. She gives the man she believes to be a down-and-out drifter work as the family butler, and soon falls head over heels in love. Her attempts to both woo Godfrey and indoctrinate him in the dysfunctional ways of the household make for an unbeatable series of madcap hijinks. La Cava’s deft film was the first to garner Oscar nominations in all four acting categories, and it is one of Hollywood’s greatest commentaries on class and the social unrest of its time. 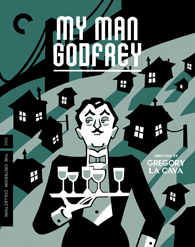 A Raisin in the Sun (September 25) - Lorraine Hansberry’s A Raisin in the Sun was the first play by a black woman to be on Broadway and is now an immortal part of the theatrical canon. Two years after its premiere, the production came to the screen, directed by Daniel Petrie. The original stars—including Sidney Poitier and Ruby Dee—reprise their roles as members of an African American family living in a cramped Chicago apartment, in this deeply resonant tale of dreams deferred. Following the death of their patriarch, the Youngers await a life insurance check they hope will change their circumstances, but tensions arise over how best to use the money. Vividly rendering Hansberry’s intimate observations on generational conflict and housing discrimination, Petrie’s film captures the high stakes, shifting currents, and varieties of experience within black life in midcentury America.

- New 4K digital restoration, with uncompressed monaural soundtrack on the Blu-ray
- Interview from 1961 with playwright and screenwriter Lorraine Hansberry
- New interview with Imani Perry, author of Looking for Lorraine, on the real-life events on which the play is based
- Episode of Theater Talk from 2002 featuring producer Philip Rose and actors Ruby Dee and Ossie Davis
- Excerpt from The Black Theatre Movement: From “A Raisin in the Sun” to the Present, a 1978 documentary, with a new introduction by director Woodie King Jr.
- New interview with film scholar Mia Mask, author of Poitier Revisited
- Trailer
- PLUS: An essay by scholar Sarita Cannon 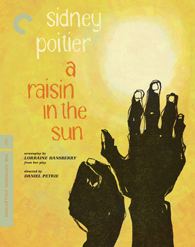 Andrei Rublev (September 25) - Tracing the life of a renowned icon painter, the second feature by Andrei Tarkovsky vividly conjures the murky world of medieval Russia. This dreamlike and remarkably tactile film follows Andrei Rublev as he passes through a series of poetically linked scenes—snow falls inside an unfinished church, naked pagans stream through a thicket during a torchlit ritual, a boy oversees the clearing away of muddy earth for the forging of a gigantic bell—gradually emerging as a man struggling mightily to preserve his creative and religious integrity. Appearing here in the director’s preferred 185-minute cut as well as the version that was originally suppressed by Soviet authorities, the masterwork Andrei Rublev is one of Tarkovsky’s most revered films, an arresting meditation on art, faith, and endurance.

- New 2K digital restoration of the director’s preferred 185-minute cut, with uncompressed monaural soundtrack on the Blu-ray
- New 2K digital transfer of the original 205-minute version of the film, The Passion According to Andrei
- Steamroller and Violin, Tarkovsky’s 1961 student thesis film
- The Three Andreis, a 1966 documentary about the writing of the film’s script
- On the Set of “Andrei Rublev,” a 1966 documentary about the making of the film
- New interviews with actor Nikolai Burlyaev and cinematographer Vadim Yusov by filmmakers Seán Martin and Louise Milne
- New interview with film scholar Robert Bird
- Selected-scene commentary from 1998 featuring film scholar Vlada Petric
- New video essay by filmmaker Daniel Raim
- New English subtitle translation
- PLUS: An essay by critic J. Hoberman 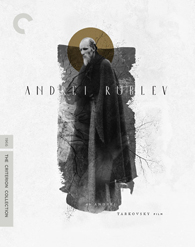 Discs mentioned in this article: (Click for specs and reviews)
Scenes from a Marriage (Blu-ray)
Cold Water (Blu-ray)
My Man Godfrey (Blu-ray)
A Raisin in the Sun - Criterion Collection (Blu-ray)
Andrei Rublev (Blu-ray)