Billy Wilder's Some Like It Hot, Orson Welles' The Magnificent Ambersons, and more are all in the works for Blu-ray.

In an early announcement to retailers, Criterion is preparing A Story from Chikamatsu, Some Like It Hot, The Magnificent Ambersons, and True Stories for Blu-ray throughout the month of November. In addition, the label will also release the previously detailed Ingmar Bergman's Cinema: Collector's Edition that same month as well.

A Story from Chikamatsu (November 6) - One of a string of late-career masterworks made by Kenji Mizoguchi in the early 1950s, A Story from Chikamatsu (a.k.a. The Crucified Lovers) is an exquisitely moving tale of forbidden love struggling to survive in the face of persecution. Based on a classic of eighteenth-century Japanese drama, the film traces the injustices that befall a Kyoto scroll maker’s wife and his apprentice after each is unfairly accused of wrongdoing. Bound by fate in an illicit, star-crossed romance, they go on the run in search of refuge from the punishment prescribed them: death. Shot in gorgeous, painterly style by master cinematographer Kazuo Miyagawa, this subtly sensuous indictment of societal oppression was heralded by Akira Kurosawa as a “great masterpiece that could only have been made by Mizoguchi.” 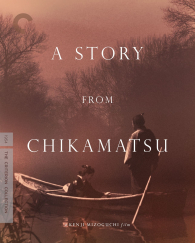 Some Like It Hot (November 13) - One of the most beloved films of all time, this sizzling masterpiece by Billy Wilder set a new standard for Hollywood comedy. After witnessing a mob hit, Chicago musicians Joe and Jerry (Tony Curtis and Jack Lemmon, in landmark performances) skip town by donning drag and joining an all-female band en route to Miami. The charm of the group’s singer, Sugar Kane (Marilyn Monroe, at the height of her bombshell powers) leads them ever further into extravagant lies, as Joe assumes the persona of a millionaire to woo her and Jerry’s female alter ego winds up engaged to a tycoon. With a whip-smart script by Wilder and I. A. L. Diamond, and sparking chemistry among its finely tuned cast, Some Like It Hot is as deliriously funny and fresh today as if it had just been made. 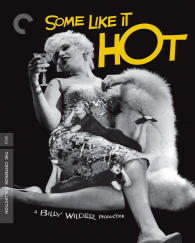 The Magnificent Ambersons (November 20) - Orson Welles’s beautiful, nostalgia-suffused second feature—the subject of one of cinema’s greatest missing-footage tragedies—harks back to turn-of-the-twentieth-century Indianapolis, chronicling the inexorable decline of the fortunes of an affluent family. Adapted from an acclaimed Booth Tarkington novel and characterized by restlessly inventive camera work and powerful performances from a cast including Joseph Cotten, Tim Holt, and Agnes Moorehead, the film traces the rifts deepening within the Amberson clan—at the same time as the forces of progress begin to transform the city they once ruled. Though RKO excised over forty minutes of footage, now lost to history, and added an incongruously upbeat ending, The Magnificent Ambersons is an emotionally rich family saga and a masterful elegy for a bygone chapter of American life. 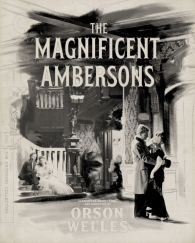 True Stories (November 20) - Music icon David Byrne was inspired by tabloid headlines to make this sole foray into feature film directing, an ode to the extraordinariness of ordinary American life and a distillation of what was in his own idiosyncratic mind. Byrne plays a visitor to Virgil, Texas, who introduces us to the citizens of the town during preparations for its Celebration of Specialness. As shot by cinematographer Ed Lachman, Texas becomes a hyperrealistic late-capitalist landscape of endless vistas, shopping malls, and prefab metal buildings. In True Stories, Byrne uses his songs to stitch together pop iconography, voodoo rituals, and a singular variety show—all in the service of uncovering the rich mysteries that lurk under the surface of everyday experience. 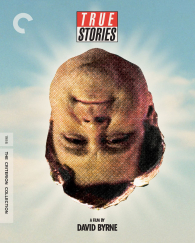