The distributor has revealed its upcoming slate of May releases, including John Schlesinger' Midnight Cowboy and Robert Bresson's Au hasard Balthazar.

In an early announcement to retailers, Criterion is preparing Moonrise, The Other Side of Hope, Graduation, Beyond the Hills, Mishima: A Life in Four Chapters, Midnight Cowboy, and Au hasard Balthazar for Blu-ray throughout the month of May.

Moonrise (May 8) - A small-town fable about violence and redemption, Moonrise is the final triumph of Frank Borzage, one of Hollywood’s most neglected masters. Stigmatized from infancy by the fate of his criminal father, young Danny (Dane Clark) is bruised and bullied until one night, in a fit of rage, he kills his most persistent tormenter. As the police close in around him, Danny makes a desperate bid for the love of the dead man’s fiancée (Gail Russell), a schoolteacher who sees the wounded soul behind his aggression. With this postwar comeback, Borzage recaptured the inspiration that had animated his long and audacious early career, marrying the lyrical force of his romantic sensibility with the psychological anguish of film noir in a stunning vindication of faith in the power of love.

- New, restored 4K digital transfer, with uncompressed monaural soundtrack on the Blu-ray
- New conversation between author Hervé Dumont (Frank Borzage: The Life and Films of a Hollywood Romantic) and film historian Peter Cowie
- PLUS: An essay by critic Philip Kemp 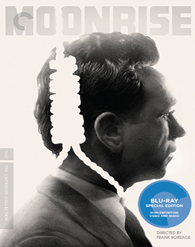 The Other Side of Hope (May 15) - This wry, melancholic comedy from Aki Kaurismäki, a response to the ongoing global refugee crisis, follows two people searching for a place to call home. Khaled (Sherwan Haji), a displaced Syrian, lands in Helsinki as a stowaway; meanwhile, middle-aged Finnish salesman Wikström (Sakari Kuosmanen) leaves his wife and his job and buys a conspicuously unprofitable seafood restaurant. Khaled is denied asylum but decides not to return to Aleppo—and the paths of the two men cross fortuitously. As deadpan as the best of the director’s work, and with a deep well of empathy for its down-but-not-out characters (many of them played by members of Kaurismäki’s loyal stock company), The Other Side of Hope is a bittersweet tale of human kindness in the face of official indifference.

- New 2K digital transfer, approved by director Aki Kaurismäki, with 5.1 surround DTS-HD Master Audio soundtrack on the Blu-ray
- New interview with actor Sherwan Haji
- Footage from the 2017 Berlin Film Festival press conference for the film, featuring Kaurismäki and the film’s actors
- Aki and Peter, a new video essay by Daniel Raim about the friendship between Kaurismäki and film critic Peter von Bagh, to whom the film is dedicated
- Music videos
- Trailer
- PLUS: An essay by critic Girish Shambu 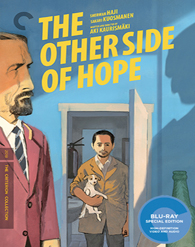 Graduation (May 22) - Blending rigorous naturalism with the precise construction of a thriller, this Cannes award–winning drama from Cristian Mungiu sheds light on the high stakes and ethical complexities of life in contemporary Romania. As his daughter nears high-school graduation, Romeo (Adrian Titieni), an upstanding doctor, counts on her winning a competitive scholarship that will send her to university in England. But when an injury sustained during a sexual assault compromises her performance on an important exam, Romeo’s best-laid plans for her threaten to crumble, leading him to seek favors in a world that runs on backscratching and bribery. Suffused with quiet dread, Graduation takes a humane and deeply ambiguous look at how corrosive rampant corruption is to moral convictions. 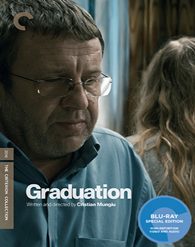 Beyond the Hills (May 22) - With this arresting drama based on notorious real-life events, Cristian Mungiu mounts a complex inquiry into faith, fanaticism, and indifference. At a desolate Romanian monastery, a young novice nun, Voichita (Cosmina Stratan), reunites with her former companion Alina (Cristina Flutur), who plans to take her to Germany. But Voichi?a proves unwilling to abandon her calling, and Alina becomes increasingly desperate to reclaim her devotion, putting the outsider at odds with the monastery’s ascetic priest—and precipitating a painfully misguided, brutal attempt to save her soul. A naturalistic tragedy with the dark force of a folktale, anchored by the fraught dynamic between cinema newcomers Flutur and Stratan (who shared the best actress prize at Cannes), Beyond the Hills bears powerful witness to individuals at cross-purposes and institutions ill-equipped to help those most in need. 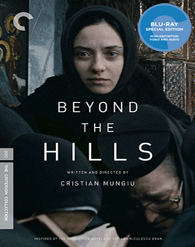 Mishima: A Life in Four Chapters (May 22) - Paul Schrader’s visually stunning, collagelike portrait of the acclaimed Japanese author and playwright Yukio Mishima (played by Ken Ogata) investigates the inner turmoil and contradictions of a man who attempted the impossible task of finding harmony among self, art, and society. Taking place on Mishima’s last day, when he famously committed public seppuku, the film is punctuated by extended flashbacks to the writer’s life as well as by gloriously stylized evocations of his fictional works. With its rich cinematography by John Bailey, exquisite sets and costumes by Eiko Ishioka, and unforgettable, highly influential score by Philip Glass, Mishima: A Life in Four Chapters is a tribute to its subject and a bold, investigative work of art in its own right.

- New, restored 4K digital transfer (Blu-ray) and restored high-definition digital transfer (DVD) of the director’s cut, both supervised and approved by director Paul Schrader and cinematographer John Bailey, with 2.0 surround DTS-HD Master Audio soundtrack on the Blu-ray
- Two optional English narrations, including one by actor Roy Scheider
- Audio commentary from 2008 featuring Schrader and producer Alan Poul
- Interviews from 2007 and 2008 with Bailey, producers Tom Luddy and Mata Yamamoto, composer Philip Glass, and production designer Eiko Ishioka
- Interviews from 2008 with Mishima biographer John Nathan and friend Donald Richie
- Audio interview from 2008 with coscreenwriter Chieko Schrader
- Interview excerpt from 1966 featuring Mishima talking about writing
- The Strange Case of Yukio Mishima, a 55-minute documentary from 1985 about the author
- Trailer
- PLUS: A booklet featuring an essay by critic Kevin Jackson, a piece on the film’s censorship in Japan, and photographs of Ishioka’s sets 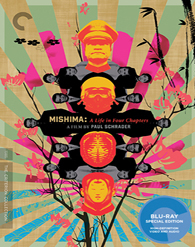 Midnight Cowboy (May 29) - One of the British New Wave’s most versatile directors, John Schlesinger came to New York in the late-1960s to make Midnight Cowboy, a picaresque story of friendship that captured a city in crisis and sparked a new era of Hollywood movies. Jon Voight delivers a career-making performance as Joe Buck, a wide-eyed hustler from Texas hoping to score big with wealthy city women; he finds a companion in Enrico “Ratso” Rizzo, an ailing swindler with a bum leg and a quixotic fantasy of escaping to Florida, played by Dustin Hoffman in a radical departure from his breakthrough in The Graduate. A critical and commercial success despite controversy over what the MPAA termed its “homosexual frame of reference,” Midnight Cowboy became the first X-rated film to receive the best picture Oscar, and decades on, its influence still reverberates through cinema.

- New 4K digital restoration, with uncompressed monaural soundtrack on the Blu-ray
- Alternate 5.1 surround soundtrack, presented in DTS-HD Master Audio on the Blu-ray
- Audio commentary from 1991 featuring director John Schlesinger and producer Jerome Hellman
- New selected-scene commentary by cinematographer Adam Holender
- The Crowd Around the Cowboy, a 1969 short film made on location for Midnight Cowboy
- Waldo Salt: A Screenwriter’s Journey, an Academy Award–nominated documentary from 1990 by Eugene Corr and Robert Hillmann
- Two short 2004 documentaries on the making and release of Midnight Cowboy
- Interview with actor Jon Voight on The David Frost Show from 1970
- Interview from 2000 with Schlesinger for BAFTA Los Angeles
- Excerpts from the 2002 BAFTA LA Tribute to Schlesinger, featuring Voight and actor Dustin Hoffman
- Trailer
- PLUS: An essay by critic Mark Harris 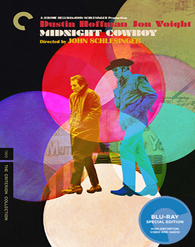 Au hasard Balthazar (May 29) - A profound masterpiece from one of the most revered filmmakers in the history of cinema, Au hasard Balthazar, directed by Robert Bresson, follows the donkey Balthazar as he is passed from owner to owner, some kind and some cruel but all with motivations outside of his understanding. Balthazar, whose life parallels that of his first keeper, Marie, is truly a beast of burden, suffering the sins of humankind. But despite his powerlessness, he accepts his fate nobly. Through Bresson’s unconventional approach to composition, sound, and narrative, this simple story becomes a moving parable about purity and transcendence. 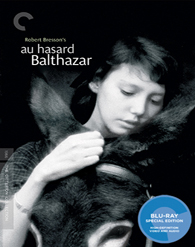