Robert Zemeckis' I Wanna Hold Your Hand, Ingmar Bergman's The Magic Flute, and more are all in the works for Blu-ray.

In an early announcement to retailers, Criterion is preparing The Kid Brother, The Magic Flute, Detour (1945), Wanda, I Wanna Hold Your Hand, and Japón for Blu-ray throughout the month of March.

The Kid Brother (March 12) - Silent-comedy legend Harold Lloyd goes west in this irresistible blend of action, romance, and slapstick invention. The bespectacled everyman is at his inimitable best as Harold Hickory, the gentle son of a prominent lawman who lives in the shadow of his rough-and-tumble brothers. When a traveling medicine show rolls into town, it brings with it excitement, the possibility of love, and a chance for Harold to prove his mettle. Deftly balancing Lloyd’s brilliant sight gags and thrilling set pieces—including an epic, knock-down, drag-out fight aboard an abandoned ship—with one of the actor-filmmaker’s most fully realized, root-for-the-underdog narratives, The Kid Brother is a hilarious and heartwarming high-water mark of early screen comedy. 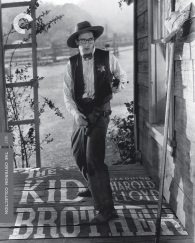 The Magic Flute (March 12) - This scintillating screen version of Mozart’s beloved opera showcases Ingmar Bergman’s deep knowledge of music and gift for expressing it cinematically. Casting some of Europe’s finest soloists—Josef Köstlinger, Ulrik Cold, Håkan Hagegård, and Birgit Nordin among them—the director lovingly recreated the baroque theater of Sweden’s Drottningholm Palace to stage the story of the prince Tamino and his zestful sidekick Papageno, who are sent on a mission to save a beautiful princess from the clutches of evil. A celebration of love and forgiveness that exhibits a profound appreciation for the artifice and spectacle of the theater, The Magic Flute is among the most exquisite opera films ever made. 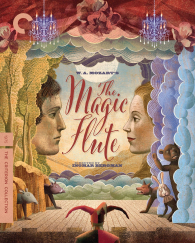 Detour (March 19) - From Poverty Row came a movie that, perhaps more than any other, epitomizes the dark fatalism at the heart of film noir. As he hitchhikes his way from New York to Los Angeles, a down-on-his-luck nightclub pianist (Tom Neal) finds himself with a dead body on his hands and nowhere to run—a waking nightmare that goes from bad to worse when he picks up the most vicious femme fatale in cinema history, Ann Savage’s snarling, monstrously conniving drifter Vera. Working with no-name stars on a bargain-basement budget, B auteur Edgar G. Ulmer turned threadbare production values and seedy, low-rent atmosphere into indelible pulp poetry. Long unavailable in a format in which its hard-boiled beauty could be fully appreciated, Detour haunts anew in its first major restoration. 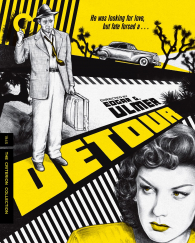 Wanda (March 19) - With her first and only film—a hard-luck drama she wrote, directed, and starred in—Barbara Loden turned in a groundbreaking work of American independent cinema, bringing to life a kind of character seldom seen on-screen. Set amid a soot-choked Pennsylvania landscape, and shot in an intensely intimate vérité style, the film takes up with distant and soft-spoken Wanda (Loden), who has left her husband, lost custody of her children, and now finds herself alone, drifting between dingy bars and motels, where she falls prey to a series of callous men—including a bank robber who ropes her into his next criminal scheme. A difficult-to-see masterpiece that has nonetheless exerted an outsize influence on generations of artists and filmmakers, Wanda is a compassionate and wrenching portrait of a woman stranded on society’s margins. 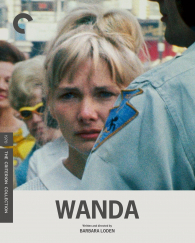 I Wanna Hold Your Hand (March 26) - On February 9, 1964, the Beatles made their first live appearance on American television on The Ed Sullivan Show, ratcheting up the frenzy of a fanbase whose ecstatic devotion to the band heralded an explosive new wave of youth culture. I Wanna Hold Your Hand looks back to that fateful weekend, following six teenagers, each with their own reasons for wanting to see the Fab Four, from New Jersey to Manhattan on a madcap mission to meet the band and score tickets to the show. With this rollicking first feature, director Robert Zemeckis and cowriter Bob Gale established themselves as a filmmaking team par excellence, adept at mining America’s cultural memory for comedy and adventure with a winning mixture of sweet nostalgia and playful irreverence. 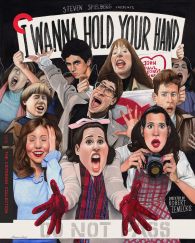 Japón (March 26) - In this preternaturally assured feature debut by Carlos Reygadas, a man (Alejandro Ferretis) travels from Mexico City to an isolated village to commit suicide; once there, however, he meets a pious elderly woman (Magdalena Flores) whose quiet humanity incites a reawakening of his desires. Recruiting a cast of nonactors and filming in sublime 16 mm CinemaScope, Reygadas explores the harsh beauty of the Mexican countryside with earthy tactility, conjuring a psychic landscape where religion mingles with sex, life coexists with death, and the animal and spiritual sides of human experience become indistinguishable. A work of soaring ambition and startling visual poetry, Japón is an existential journey through uncharted cinematic territory that established the singular voice of its director. 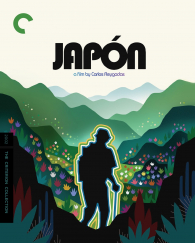