Films from Steven Soderbergh, Ron Shelton, Powell & Pressburger, and more are all on the way from Criterion.

In an early announcement to retailers, Criterion is preparing Dietrich & von Sternberg in Hollywood, Bull Durham, Dragon Inn, Sex, Lies, and Videotape, and A Matter of Life and Death for Blu-ray throughout the month of July.

Dietrich & von Sternberg in Hollywood (July 3) - Tasked by studio executives with finding the next great screen siren, visionary Hollywood director Josef von Sternberg joined forces with rising German actor Marlene Dietrich, kicking off what would become one of the most legendary partnerships in cinema history. Over the course of six films produced by Paramount in the 1930s, the pair refined their shared fantasy of pleasure, beauty, and excess. Dietrich’s coolly transgressive mystique was a perfect match for the provocative roles von Sternberg cast her in—including a sultry chanteuse, a cunning spy, and the hedonistic Catherine the Great—and the filmmaker captured her allure with chiaroscuro lighting and opulent design, conjuring fever-dream visions of exotic settings from Morocco to Shanghai. Suffused with frank sexuality and worldly irony, these deliriously entertaining masterpieces are landmarks of cinematic artifice.

Includes: Morocco, Dishonored, Shanghai Express, Blonde Venus, The Scarlet Empress, and The Devil Is a Woman. 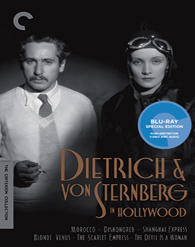 Bull Durham (July 10) - Former minor leaguer Ron Shelton hit a grand slam with his directorial debut, one of the most revered sports movies of all time. Durham Bulls devotee Annie Savoy (Susan Sarandon)—who every year takes a new player under her wing (and into her bed)—has singled out the loose-cannon pitching prospect Nuke LaLoosh (Tim Robbins), a big-league talent with a rock-bottom maturity level. But she’s unable to shake Crash Davis (Kevin Costner), the veteran catcher brought in to give Nuke some on-the-field seasoning. A breakthrough film for all three of its stars and an Oscar nominee for Shelton’s highly quotable screenplay, Bull Durham is a freewheeling hymn to wisdom, experience, and America’s pastime, tipping its cap to all those who grind it out for love of the game.

- New, restored 4K digital transfer, supervised and approved by director Ron Shelton, with 2.0 surround DTS-HD Master Audio soundtrack on the Blu-ray
- Alternate 5.1 surround soundtrack, presented in DTS‑HD Master Audio on the Blu-ray
-Two audio commentaries featuring Shelton and actors Kevin Costner and Tim Robbins
- New conversation between Shelton and film critic Michael Sragow
- Between the Lines: The Making of “Bull Durham,” a 2002 program featuring interviews with cast and crew, including Shelton, Costner, Robbins, and actor Susan Sarandon
- The Greatest Show on Dirt, a 2008 appreciation of the film featuring former players, broadcasters, and sports-film aficionados
- NBC Nightly News piece from 1993 on the final season of baseball at Durham Athletic Park, where Bull Durham takes place and was shot
I- nterview with Max Patkin, known as the Clown Prince of Baseball, from a 1991 episode of NBC’s Today
- Trailer
- PLUS: Excerpts from a 1989 piece by longtime New Yorker baseball writer Roger Angell, with new comments from the author 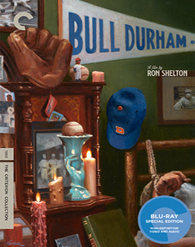 Dragon Inn (July 10) - The art of martial-arts filmmaking took a leap into bold new territory with this action-packed tale of Ming-dynasty intrigue. After having the emperor’s minister of defense executed, a power-grabbing eunuch sends assassins to trail the victim’s children to a remote point on the northern Chinese border. But that bloodthirsty mission is confounded by a mysterious group of fighters who arrive on the scene, intent on delivering justice and defending the innocent. The first film King Hu made after moving to Taiwan from Hong Kong in search of more creative freedom, Dragon Inn combines rhythmic editing, meticulous choreography, and gorgeous widescreen compositions with a refinement that was new to the wuxia genre. Its blockbuster success breathed new life into a classic formula and established Hu as one of Chinese cinema’s most audacious innovators. 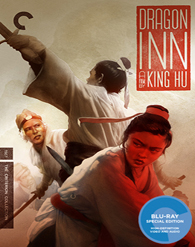 Sex, Lies, and Videotape (July 17) - With his provocative feature debut, twenty-six-year-old Steven Soderbergh trained his focus on the complexities of human intimacy and deception in the modern age. Housewife Ann (Andie MacDowell) feels distant from her lawyer husband, John (Peter Gallagher), who is sleeping with her sister (Laura San Giacomo). When John’s old friend Graham (a magnetic, Cannes-award-winning James Spader) comes to town, Ann is drawn to the soft-spoken outsider, eventually uncovering his startling private obsession: videotaping women as they confess their deepest desires. A piercingly intelligent and flawlessly performed chamber piece, in which the video camera becomes a charged metaphor for the characters’ isolation, the Palme d’Or–winning sex, lies, and videotape changed the landscape of American film, helping pave the way for the thriving independent scene of the 1990s.

- New, restored 4K digital transfer, supervised by director Steven Soderbergh, with 5.1 surround DTS‑HD Master Audio soundtrack on the Blu-ray
- Audio commentary from 1998 featuring director Steven Soderbergh in conversation with filmmaker Neil LaBute
- New program by Soderbergh, featuring responses to questions sent in by fans
- Interviews with Soderbergh from 1990 and 1992
- New documentary about the making of the film featuring actors Peter Gallagher, Andie MacDowell, and Laura San Giacomo
- New conversation with composer Cliff Martinez and supervising sound editor Larry Blake
- Deleted scene with commentary by Soderbergh
- Trailers
- More!
- PLUS: An essay by critic Amy Taubin and, in the Blu-ray release, excerpts from Soderbergh’s diaries written at the time of the film’s production

A Matter of Life and Death (July 24) - After miraculously surviving a jump from his burning plane, RAF pilot Peter Carter (David Niven) encounters the American radio operator (Kim Hunter) to whom he’s just delivered his dying wishes and, face-to-face on a tranquil English beach, the pair fall in love. When a messenger from the afterlife arrives to correct the clerical error that spared his life, Peter must mount a fierce defense for his right to stay on earth—painted by production designer Alfred Junge and cinematographer Jack Cardiff as a rich Technicolor Eden—climbing a wide staircase to stand trial in a starkly beautiful, black-and-white modernist heaven. Peppered by humorous jabs intended to smooth tensions between the wartime allies Britain and America, Michael Powell and Emeric Pressburger’s richly humanistic A Matter of Life and Death traverses time and space to make a case for the transcendent value of love. 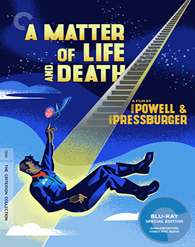