The distributor has revealed its upcoming slate of January releases, including John Hughes' The Breakfast Club.

In an early announcement to retailers, Criterion is preparing Westfront 1918, Kameradschaft, I, Daniel Blake, Young Mr. Lincoln, and The Breakfast Club for Blu-ray throughout the month of January.

The Breakfast Club (January 2) - What happens when you put five strangers in Saturday detention? Badass posturing, gleeful misbehavior, and a potent dose of angst. With this exuberant film, writer-director John Hughes established himself as the bard of American youth, vividly and empathetically capturing how teenagers hang out, act up, and goof off. The Breakfast Club brings together an assortment of adolescent archetypes—the uptight prom queen (Molly Ringwald), the stoic jock (Emilio Estevez), the foul-mouthed rebel (Judd Nelson), the virginal bookworm (Anthony Michael Hall), and the kooky recluse (Ally Sheedy)—and watches them shed their personae and emerge into unlikely friendships. With its highly quotable dialogue and star-making performances, this film is an era-defining pop-culture phenomenon, a disarmingly candid exploration of the trials of adolescence whose influence now spans generations. 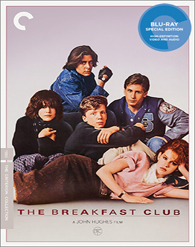 Young Mr. Lincoln (January 9) - Few American historical figures are as revered as Abraham Lincoln, and few director-star collaborations embody classic Hollywood cinema as beautifully as the one between John Ford and Henry Fonda. This film, their first together, was Ford’s equally poetic and significant follow-up to the groundbreaking western Stagecoach, and in it, Fonda gives one of the finest performances of his career, as the young president-to-be as a novice lawyer, struggling with an incendiary murder case. Photographed in gorgeous black and white by Ford’s frequent collaborator Bert Glennon, Young Mr. Lincoln is a compassionate and assured work and an indelible piece of Americana.

- New audio commentary featuring film scholar Joseph McBride (Searching for John Ford: A Life)
- Omnibus: John Ford, part one: director Lindsay Anderson’s profile of the life and work of director John Ford before World War II
- Talk show appearance by actor Henry Fonda from 1975
- Audio interviews from the seventies with Ford and Fonda, conducted by the filmmaker’s grandson Dan Ford
- Academy Award radio dramatization of the film
- PLUS: An essay by critic Geoffrey O’Brien and an homage to Ford by filmmaker Sergei Eisenstein 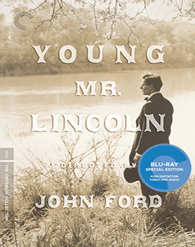 I, Daniel Blake (January 16) - An urgent response to the political realities of contemporary Britain, this bracing drama from celebrated filmmaker Ken Loach takes a hard look at bureaucratic injustice and ineptitude through the eyes of an unassuming working-class hero. After a heart attack leaves him unable to hold a job, the widowed carpenter Daniel Blake (Dave Johns) begins a long, lonely journey through the Kafka-esque labyrinth of the local welfare state. Along the way, he strikes up a friendship with a single mother (Hayley Squires) and her two children, at the mercy of the same system after being evicted from their home. Imbued with gentle humor and quiet rage and conceived for maximum real-world impact, the Palme d’Or–winning I, Daniel Blake is a testament to Loach’s tireless commitment to a cinema of social engagement.

- Audio commentary from 2016 featuring Loach and screenwriter Paul Laverty
- How to Make a Ken Loach Film, a 2016 documentary on the production of I, Daniel Blake, featuring interviews with Loach, Laverty, actors Dave Johns and Hayley Squires, director of photography Robbie Ryan, producer Rebecca O’Brien, and casting director Kahleen Crawford
- Versus: The Life and Films of Ken Loach, a 93-minute documentary from 2016, directed by Louise Osmond
- Deleted scenes
- Trailer
- PLUS: An essay by critic Girish Shambu

Kameradschaft (January 30) - When a coal mine collapses on the frontier between Germany and France, trapping a team of French miners inside, workers on both sides of the border spring into action, putting aside national prejudices and wartime grudges to launch a dangerous rescue operation. Director G. W. Pabst brings a claustrophobic realism to this ticking-clock scenario, using realistic sets and sound design to create the maze of soot-choked shafts where the miners struggle for survival. A gripping disaster film and a stirring plea for international cooperation, Kameradschaft cemented Pabst’s status as one of the most morally engaged and formally dexterous filmmakers of his time. 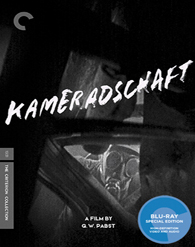 Westfront 1918 (January 30) - G. W. Pabst brought the war movie into a new era with his first sound film, a mercilessly realistic depiction of the nightmare that scarred a generation, in the director’s native Germany and beyond. Digging into the trenches with four infantrymen stationed in France in the final months of World War I, Pabst illustrates the harrowing ordeals of battle with unprecedented naturalism, as the men are worn away in body and spirit by firefights, shelling, and the disillusion that greets them on the home front. Long unavailable, the newly restored Westfront 1918 is a visceral, sobering antiwar statement that is as urgent today as when it was made.

- Hour-long French television broadcast of World War I veterans reacting to the film in 1969
- 2016 interview with film scholar Jan-Christopher Horak
- New restoration demonstration featuring Martin Koerber and Julia Wallmüller of the Deutsche Kinemathek
- PLUS: An essay by author and critic Luc Sante 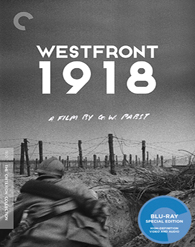