Samuel Fuller's Forty Guns, Ingmar Bergman's Sawdust and Tinsel, and more are all in the works for Blu-ray.

In an early announcement to retailers, Criterion is preparing Forty Guns, A Dry White Season, Panique, and Sawdust and Tinsel for Blu-ray throughout the month of December.

Forty Guns (December 11) - Hollywood legend Barbara Stanwyck saddled up with writer-director Samuel Fuller for the pulp maestro’s most audacious western, a boldly feminist spin on the genre that pivots effortlessly between ribald humor, visceral action, and disarming tenderness. High-riding rancher Jessica Drummond (Stanwyck) commands a forty-strong posse of cowboys, ruling Cochise County, Arizona, without challenge. When U.S. marshal Griff Bonnell (Barry Sullivan) and his brothers arrive in town with a warrant for one of her hired guns, Jessica begins to fall for the lawman even as he chips away at her authority. With astonishing black-and-white CinemaScope photography, hard-boiled dialogue laced with double entendres, and a fiery performance by Stanwyck at her most imperious, Forty Guns is a virtuoso display of Fuller’s sharpshooting talents. 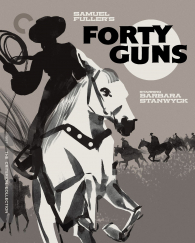 A Dry White Season (December 11) - With this bracing drama, made at the climax of the anti-apartheid movement, director Euzhan Palcy issued a devastating indictment of South Africa’s racist government—and made history in the process, becoming the first black woman to direct a Hollywood studio film. White schoolteacher Ben Du Toit (Donald Sutherland) lives in Johannesburg and remains blissfully incurious about the lives of his black countrymen until a wave of brutal repression comes crashing down on his gardener (Winston Ntshona), bringing Du Toit face-to-face with harsh political realities. Based on a celebrated novel by André Brink and rooted in the first-hand research the Martinican Palcy did in South Africa into the way black people lived under apartheid, A Dry White Season is unflinching in its depiction of violence and its chronicling of injustice, making for a galvanizing tribute to those willing to sacrifice everything to fight oppression. 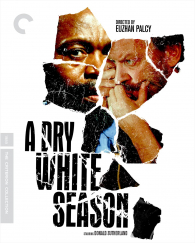 Panique (December 18) - Proud, eccentric, and antisocial, Monsieur Hire (Michel Simon) has always kept to himself. But after a woman turns up dead in the Paris suburb where he lives, he feels drawn to a pretty young newcomer to town (Viviane Romance), discovers that his neighbors are only too ready to be suspicious of him, and is framed for the murder. Based on a novel by Georges Simenon, Julien Duvivier’s first film after his return to France from Hollywood finds the acclaimed poetic realist applying his consummate craft to darker, moodier ends. Propelled by its two deeply nuanced lead performances, the tensely noirish Panique exposes the dangers of the knives-out mob mentality, delivering as well a pointed allegory of the behavior of Duvivier’s countrymen during the war. 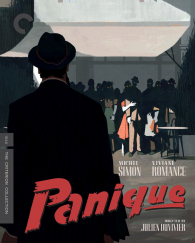 Sawdust and Tinsel (December 18) - Ingmar Bergman presents the battle of the sexes as a ramshackle, grotesque carnival of humiliation in Sawdust and Tinsel, one of the master’s most vivid early works and his first of many collaborations with the great cinematographer Sven Nykvist. The story of the charged relationship between a turn-of-the-twentieth-century circus owner (Åke Grönberg) and his younger mistress (Harriet Andersson), a horseback rider in the traveling show, the film features dreamlike detours and twisted psychosexual power plays, making for a piercingly brilliant depiction of physical and spiritual degradation. 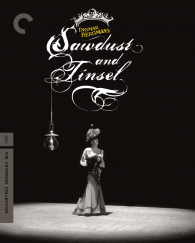