Films from Terrence Malick, Ernst Lubitsch, and more are all in the works for Blu-ray.

In an early announcement to retailers, Criterion is preparing The Ballad of Gregorio Cortez, Smithereens, Heaven Can Wait, Memories of Underdevelopment, and The Tree of Life for Blu-ray throughout the month of August.

The Ballad of Gregorio Cortez (August 14) - Forced to run from the Texas Rangers after a heated misunderstanding leads to the death of a lawman, Mexican American farmer Gregorio Cortez sets off in desperate flight, evading a massive manhunt on horseback for days. Producer-star Edward James Olmos, seeking to shed new light on a historical incident that had been enshrined in a corrido (folk song), enlisted director Robert M. Young, a longtime practitioner of socially engaged realism, to helm this trailblazing independent film, a landmark of Chicano cinema. Shifting its perspective between the pursuers and the pursued, The Ballad of Gregorio Cortez is a thrilling chase film and a nuanced procedural that peels away the layers of prejudice and myth surrounding Cortez, uncovering the true story of an ordinary man persecuted by the law and transfigured by legend. 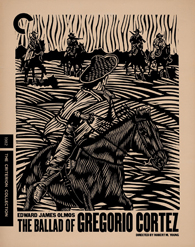 Smithereens (August 21) - Susan Seidelman established her distinctive vision of 1980s New York with this debut feature, the lo-fi original for her vibrant portraits of women reinventing themselves. After escaping New Jersey, the quintessentially punk Wren (Susan Berman)—a sparkplug in fishnets who lives dangerously downtown—moves to the city with the mission of becoming famous. When not pasting up flyers for herself or hanging at the Peppermint Lounge, she’s getting involved with Paul (Brad Rijn), the nicest guy to ever live in a van next to the highway, and Eric (Richard Hell), an aloof rocker. Shot on 16 mm film that captures the grit and glam of the setting, with an alternately moody and frenetic soundtrack by the Feelies and others, Smithereens—the first independent American film to compete for the Palme d’Or—is an unfaded snapshot of a bygone era.

- New 2K digital restoration, approved by director Susan Seidelman, with uncompressed monaural soundtrack on the Blu-ray
- Audio commentary from 2004 featuring Seidelman
- New interviews with Seidelman and actor Susan Berman
- And You Act Like One Too (1976) and Yours Truly, Andrea G. Stern (1979), two early shorts by Seidelman, with new introductions by the director
- PLUS: An essay by critic Rebecca Bengal 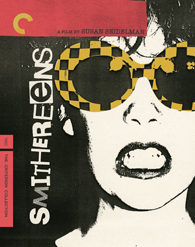 Heaven Can Wait (August 21) - Deceased turn-of-the-century playboy Henry Van Cleve (Don Ameche) presents himself to the outer offices of Hades, where he asks a bemused Satan for permission to enter through the gates of hell. Though the devil doubts that Henry’s sins qualify him for eternal damnation, Henry proceeds to recount a lifetime of wooing and pursuing women, his long, happy marriage to Martha (Gene Tierney) notwithstanding. Ernst Lubitsch’s Heaven Can Wait, nominated for Academy Awards for best picture and director, is an enduring classic that showcases his trademark blend of wit, urbanity, and grace. 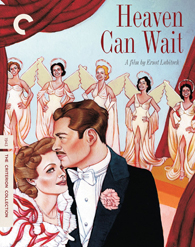 Memories of Underdevelopment (August 28) - This film by Tomás Gutiérrez Alea is the most widely renowned work in the history of Cuban cinema. After his wife and family flee in the wake of the Bay of Pigs invasion, the bourgeois intellectual Sergio (Sergio Corrieri) passes his days wandering Havana in idle reflection, his amorous entanglements and political ambivalence gradually giving way to a mounting sense of alienation. With this adaptation of an innovative novel by Edmundo Desnoes, Gutiérrez Alea developed a cinematic style as radical as the times he was chronicling, creating a collage of vivid impressions through the use of experimental editing techniques, archival material, and spontaneously shot street scenes. Intimate and densely layered, Memories of Underdevelopment provides a biting indictment of its protagonist’s disengagement and an extraordinary glimpse of life in postrevolutionary Cuba. 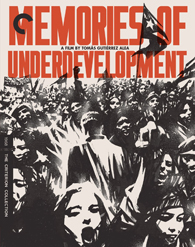 The Tree of Life (August 28) - Four decades into an already legendary career, Terrence Malick realized his most rapturous vision to date, tracing a story of childhood, wonder, and grief to the outer limits of time and space. Reaching back to the dawn of creation, Malick sets a story of boyhood memories on a universal scale, charting the coming of age of an awestruck child (newcomer Hunter McCracken) in Texas in the 1950s, as he learns to navigate the extremes of nature and grace represented by his bitter, often tyrannical father (Brad Pitt) and his ethereal, nurturing mother (Jessica Chastain, in her breakout role). Shot with nimble attention to life’s most fleeting moments by Emmanuel Lubezki, the Palme d’Or–winning The Tree of Life marks the intimately personal, cosmically ambitious culmination of Malick’s singular approach to filmmaking.

- New 4K digital restoration, supervised and approved by director Terrence Malick and cinematographer Emmanuel Lubezki, with 5.1 surround DTS-HD Master Audio soundtrack on the Blu-ray
- New extended version of the film featuring an additional fifty minutes of footage
- Exploring “The Tree of Life,” a 2011 documentary featuring collaborators and admirers of Malick’s, including filmmakers David Fincher and Christopher Nolan
- New interviews with actor Jessica Chastain and visual-effects supervisor Dan Glass
Interview from 2011 with composer Alexandre Desplat about the film, and a new interview with music critic Alex Ross about Malick’s approach to music
- Video essay from 2011 by critic Matt Zoller Seitz
- Trailer
- More!
- PLUS: An essay by critic Kent Jones and a 2011 piece on the film by critic Roger Ebert 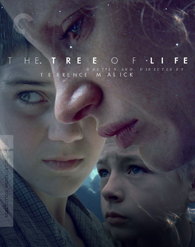