Jackie Chan's Police Story/Police Story 2, Jim Jarmusch's Stranger Than Paradise, and more are all in the works for Blu-ray.

In an early announcement to retailers, Criterion is preparing Night on Earth, Stranger Than Paradise, Diamonds of the Night, A Face in the Crowd, Police Story/Police Story 2, and My Brilliant Career for Blu-ray throughout the month of April.

Night on Earth (April 9) - Five cities. Five taxicabs. A multitude of strangers in the night. Jim Jarmusch assembled an extraordinary international cast of actors (including Gena Rowlands, Winona Ryder, Armin Mueller-Stahl, Beatrice Dalle, and Roberto Benigni) for this quintet of transitory tales of urban displacement and existential angst, all staged as encounters between cabbies and their fares. Spanning time zones, continents, and languages, Night on Earth winds its course through scenes of uproarious comedy, nocturnal poetry, and somber fatalism, set to a moody soundtrack by Tom Waits. Jarmusch’s lovingly askew view of humanity from the passenger seat makes for one of his most charming and beloved films, a freewheeling showcase for the cosmopolitan range of his imagination. 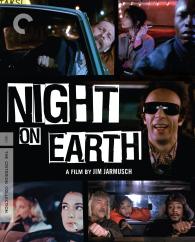 Stranger Than Paradise (April 9) - With this breakout film, Jim Jarmusch established himself as one of the most exciting voices in the burgeoning independent-film scene, a road-movie poet with an affinity for Americana at its most offbeat. Jarmusch follows rootless Hungarian émigré Willie (John Lurie), his pal Eddie (Richard Edson), and his visiting sixteen-year-old cousin Eva (Eszter Balint) as they drift from New York’s Lower East Side to the snowy expanses of Lake Erie and the drab beaches of Florida, always managing to make the least of wherever they end up. Structured as a series of master-shot vignettes etched in black and white by cinematographer Tom DiCillo, Stranger Than Paradise is a nonchalant masterpiece of deadpan comedy and perfectly calibrated minimalism. 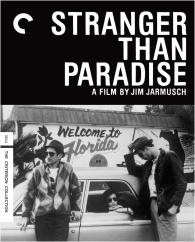 Diamonds of the Night (April 16) - With this simultaneously harrowing and lyrical debut feature, Jan Němec established himself as the most uncompromising visionary among the radical filmmakers who made up the Czechoslovak New Wave. Adapted from a novel by Arnošt Lustig, Diamonds of the Night closely tracks two boys who escape from a concentration-camp transport and flee into the surrounding woods, a hostile terrain where the brute realities of survival coexist with dreams, memories, and fragments of visual poetry. Along with visceral camera work by Jaroslav Kučera and Miroslav Ondříček—two of Czechoslovak cinema’s most influential cinematographers—Němec makes inventive use of fractured editing, elliptical storytelling, and flights of surrealism as he strips context away from this bare-bones tale, evoking the dizzying plight of consciousness lost in night and fog. 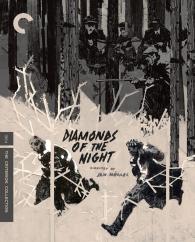 A Face in the Crowd (April 23) - A Face in the Crowd chronicles the rise and fall of Larry “Lonesome” Rhodes (Andy Griffith), a boisterous entertainer discovered in an Arkansas drunk tank by Marcia Jeffries (Patricia Neal), a local radio producer with ambitions of her own. His charisma and cunning soon shoot him to the heights of television stardom and political demagoguery, forcing Marcia to grapple with the manipulative, reactionary monster she has created. Directed by Elia Kazan from a screenplay by Budd Schulberg, this incisive satire features an extraordinary debut screen performance by Griffith, who brandishes his charm in an uncharacteristically sinister role. Though the film was a flop on its initial release, subsequent generations have marveled at its eerily prescient diagnosis of the toxic intimacy between media and politics in American life. 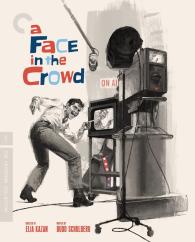 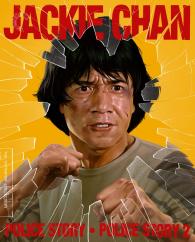 My Brilliant Career (April 30) - For her award-winning breakthrough film, director Gillian Armstrong drew on teenage author Miles Franklin’s novel, a celebrated turn-of-the-twentieth-century Australian coming-of-age story, to brashly upend the conventions of period romance. Headstrong young Sybylla Melvyn (Judy Davis, in a star-making performance), bemoans her stifling life in the backcountry, where her writerly ambitions receive little encouragement, and craves independence above all else. When a handsome landowner (Sam Neill), disarmed by her unruly charms, begins to court her, Sybylla must decide whether she can reconcile the prospect of marriage with the illustrious life’s work she has imagined for herself. Suffused with generous humor and a youthful appetite for experience, My Brilliant Career is a luminous portrait of an ardently free spirit. 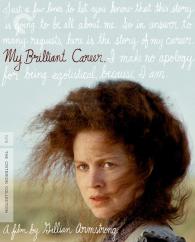