The distributor has revealed its upcoming slate of December releases, including Terry Gilliam's 'Time Bandits' and Todd Haynes' 'Safe.'

In an early announcement to retailers, Criterion is preparing 'Safe (1995),' 'Time Bandits,' and 'The Night Porter' for Blu-ray on December 9.

'Safe (1995)' - Julianne Moore gives a breakthrough performance as Carol White, a Los Angeles housewife in the late 1980s who comes down with a debilitating illness. After the doctors she sees can give her no clear diagnosis, she comes to believe that she has frighteningly extreme environmental allergies. A profoundly unsettling work from the great American director Todd Haynes, 'Safe' functions on multiple levels: as a prescient commentary on self-help culture, as a metaphor for the AIDS crisis, as a drama about class and social estrangement, and as a horror film about what you cannot see. This revelatory drama was named the best film of the 1990s in a Village Voice poll of more than fifty critics.

The Blu-ray will feature 1080p video, an uncompressed mono soundtrack, and supplements will include: Audio commentary featuring Haynes, actor Julianne Moore, and producer Christine Vachon; New conversation between Haynes and Moore; The Suicide, a 1978 short film by Haynes; New interview with Vachon; Trailer; PLUS: An essay by critic Dennis Lim. 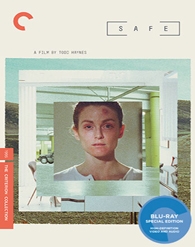 'Time Bandits' - In this fantastic voyage through time and space from Terry Gilliam, a boy named Kevin (Craig Warnock) escapes his gadget-obsessed parents to join a band of time-traveling dwarves. Armed with a map stolen from the Supreme Being (Ralph Richardson), they plunder treasure from Napoleon (Ian Holm) and Agamemnon (Sean Connery)—but Evil (David Warner) is watching their every move. Featuring a darkly playful script by Gilliam and Monty Python's Michael Palin (who also appears in the film), 'Time Bandits' is at once a giddy fairy tale, a revisionist history lesson, and a satire on technology gone awry. 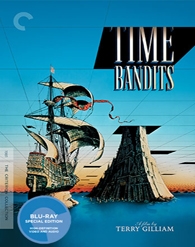 'The Night Porter' - In this unsettling drama from Italian filmmaker Liliana Cavani, a concentration camp survivor (Charlotte Rampling) discovers her former torturer and lover (Dirk Bogarde) working as a porter at a hotel in postwar Vienna. When the couple attempt to re-create their sadomasochistic relationship, his former SS comrades begin to stalk them. Operatic and disturbing, 'The Night Porter' deftly examines the lasting social and psychological effects of the Nazi regime.

The Blu-ray will feature 1080p video, a uncompressed mono soundtrack, and supplements will include: New interviews with director Liliana Cavani and screenwriters Barbara Alberti and Amedeo Pagani; Women of the Resistance, a fifty-minute 1965 documentary by Cavani, composed of interviews with female partisans who survived the German invasion of Italy, with an intro by the filmmaker; PLUS: An essay by scholar Gaetana Marrone-Puglia, author of The Gaze and the Labyrinth: The Cinema of Liliana Cavani. 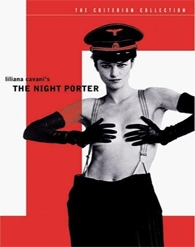 You can find the latest specs for all of the titles listed above linked from our Blu-ray Release Schedule, where they're indexed under December 9.