Films directed by Joseph L. Mankiewicz, Greg Mottola, Pawel Pawlikowski, and more are all in the works for Blu-ray.

In an early announcement to retailers, Criterion is preparing All About Eve, Now, Voyager, Betty Blue, Cold War, and The Daytrippers for Blu-ray throughout the month of November.

The Daytrippers (November 12) - With its droll humor and bittersweet emotional heft, the feature debut of writer-director Greg Mottola announced the arrival of an unassumingly sharp-witted new talent on the 1990s indie scene. When she discovers a love letter written to her husband (Stanley Tucci) by an unknown paramour, the distraught Eliza (Hope Davis) turns to her tight-knit Long Island family for advice. Soon the entire clan—strong-willed mom (Anne Meara), taciturn dad (Pat McNamara), and jaded sister (Parker Posey) with pretentious boyfriend (Liev Schreiber) in tow—has squeezed into a station wagon and headed into Manhattan to find out the truth, kicking off a one-crazy-day odyssey full of unexpected detours and life-changing revelations. Performed with deadpan virtuosity by a top-flight ensemble cast, The Daytrippers is a wry and piercing look at family bonds stretched to the breaking point. 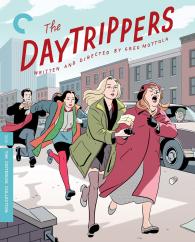 Cold War (November 19) - This sweeping, delirious romance begins in the Polish countryside, where Wiktor (Tomasz Kot), a musician on a state-sponsored mission to collect folk songs, discovers a captivating young singer named Zula (Joanna Kulig, in a performance for the ages). Over the next fifteen years, their turbulent relationship will play out in stolen moments between two worlds: the jazz clubs of decadent bohemian Paris, to which he defects, and the corrupt, repressive Communist Bloc, where she remains—universes bridged by their passion for music and for each other. Photographed in luscious monochrome and suffused with the melancholy of the simple folk song that provides a motif for the couple’s fateful affair, Pawel Pawlikowski’s timeless story—inspired by that of his own parents—is a heart-stoppingly grand vision of star-crossed love caught up in the tide of history. 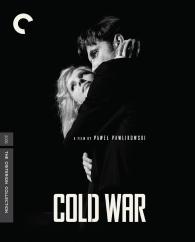 Betty Blue (November 19) - When the easygoing would-be novelist Zorg (Jean-Hugues Anglade) meets the tempestuous Betty (Béatrice Dalle in a magnetic breakout performance) in a sunbaked French beach town, it’s the beginning of a whirlwind love affair that sees the pair turn their backs on conventional society in favor of the hedonistic pursuit of freedom, adventure, and carnal pleasure. But as the increasingly erratic Betty’s grip on reality begins to falter, Zorg finds himself willing to do things he never expected to protect both her fragile sanity and their tenuous existence. Adapted from the hit novel 37°2 le matin by Philippe Djian, Jean-Jacques Beineix’s art-house smash—presented here in its extended director’s cut—is a sexy, crazy, careening joyride of a romance that burns with the passion and beyond-all-reason fervor of all-consuming love. 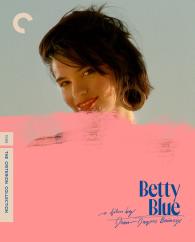 Now, Voyager (November 26) - Nervous spinster Charlotte Vale (Bette Davis) is stunted from growing up under the heel of her puritanical Boston Brahmin mother (Gladys Cooper), and remains convinced of her own unworthiness until a kindly psychiatrist (Claude Rains) gives her the confidence to venture out into the world on a South American cruise. Onboard, she finds her footing with the help of an unhappily married man (Paul Henreid). Their thwarted love affair may help Charlotte break free of her mother’s grip—but will she find fulfillment as well as independence? Made at the height of Davis’s reign as the queen of the women’s picture and bolstered by an Oscar-winning Max Steiner score, Now, Voyager is a melodrama for the ages, both a rapturous Hollywood romance and a poignant saga of self-discovery. 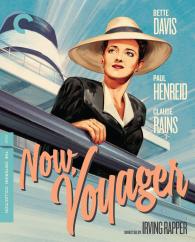 All About Eve (November 26) - In Joseph L. Mankiewicz’s devastatingly witty Hollywood classic, backstage is where the real drama plays out. One night, Margo Channing (Bette Davis) entertains a surprise dressing-room visitor: her most adoring fan, the shy, wide-eyed Eve Harrington (Anne Baxter). But as Eve becomes a fixture in Margo’s life, the Broadway legend soon realizes that her supposed admirer intends to use her and everyone in her circle, including George Sanders’s acid-tongued critic, as stepping-stones to stardom. Featuring stiletto-sharp dialogue and direction by Mankiewicz, and an unforgettable Davis in the role that revived her career and came to define it, the multiple-Oscar-winning All About Eve is the most deliciously entertaining film ever made about the ruthlessness of show business. 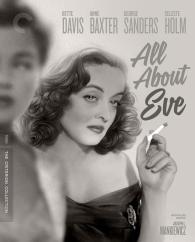