Films directed by Wim Wenders, Kelly Reichardt, Ronald Neame, and more are all in the works for Blu-ray.

In an early announcement to retailers, Criterion is preparing Old Joy, Until the End of the World, Tunes of Glory, and The Story of Temple Drake for Blu-ray throughout the month of December.

The Story of Temple Drake (December 3) - Loosely adapted from William Faulkner’s controversial novel Sanctuary, this notorious pre-Code melodrama stars Miriam Hopkins as Temple Drake, the coquettish granddaughter of a respected small-town judge. When a boozehound date strands her at a bootleggers’ hideout, Temple is subjected to an act of nightmarish sexual violence and plunged into a criminal underworld that threatens to swallow her up completely. Steeped in southern-gothic shadows by influential cinematographer Karl Struss and shot through with moral ambiguity, The Story of Temple Drake is a harrowing vision of sin and salvation that boasts an astonishing lead performance from the fiery Hopkins, whose passage through the stations of terror, trauma, and redemption is a true tour de force of screen acting. 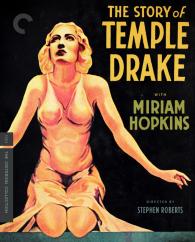 Tunes of Glory (December 3) - In Ronald Neame’s Tunes of Glory, the incomparable Alec Guinness plays Jock Sinclair—a whiskey-drinking, up-by-the-bootstraps commanding officer of a peacetime Scottish battalion. A lifetime military man, Sinclair expects respect and loyalty from his men. But when Basil Barrow (John Mills)—an educated, by-the-book scion of a military family—enters the scene as Sinclair’s replacement, the two men engage in a fierce struggle for control of both the battalion and the hearts and minds of its men. Based on the novel by James Kennaway and featuring flawless performances by Guinness and Mills, Tunes of Glory uses the rigid stratification of military life to comment on the institutional contradictions and class hierarchies of English society, making for an unexpectedly moving drama. 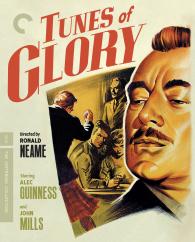 Until the End of the World (December 10) - Conceived as the ultimate road movie, this decades-in-the-making science-fiction epic from Wim Wenders follows the restless Claire Tourneur (Solveig Dommartin) across continents as she pursues a mysterious stranger (William Hurt) in possession of a device that can make the blind see and bring dream images to waking life. With an eclectic soundtrack that gathers a host of the director’s favorite musicians, along with gorgeous cinematography by Robby Müller, this breathless adventure in the shadow of Armageddon takes its heroes to the ends of the earth and into the oneiric depths of their own souls. Presented here in its triumphant 287-minute director’s cut, Until the End of the World assumes its rightful place as Wenders’ magnum opus, a cosmic ode to the pleasures and perils of the image and a prescient meditation on cinema’s digital future. 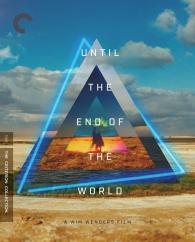 Old Joy (December 10) - Two old friends reunite for a quietly revelatory overnight camping trip in Kelly Reichardt’s breakout feature, a microbudget study of character and masculinity that introduced many viewers to one of contemporary American cinema’s most independent artists. As they drive from Portland into the woods in search of a secluded hot spring, expectant father Mark (Daniel London) and nomadic Kurt (Will Oldham) make fumbling attempts to reconnect, butting up against the limits of their friendship and coming to grips with just how much their paths have diverged since their shared youth. Adapted from a short story by Jonathan Raymond and accompanied by an atmospheric Yo La Tengo score, Old Joy is a contemplative, wryly observed triumph whose modest scale belies the richness of its insight. 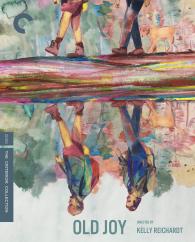 Discs mentioned in this article: (Click for specs and reviews)
Old Joy (Blu-ray)
Until the End of the World (Blu-ray)
The Story of Temple Drake (Blu-ray)
Tunes of Glory (Blu-ray)