Of course, the headliner is Double Indemnity which will be getting the 4K/Blu-ray combo treatment on May 31st. 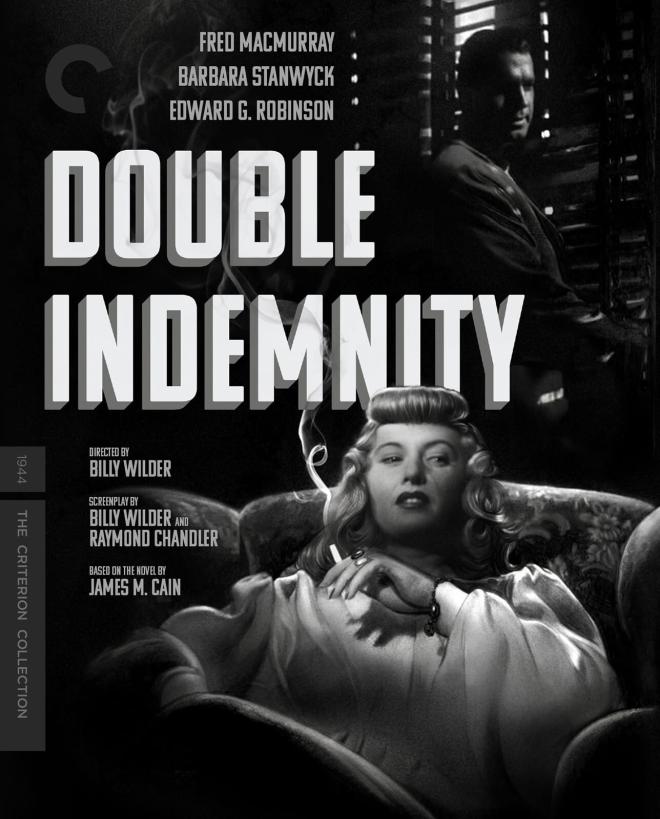 Has dialogue ever been more perfectly hard-boiled? Has a femme fatale ever been as deliciously evil as Barbara Stanwyck? And has 1940s Los Angeles ever looked so seductively sordid? Working with cowriter Raymond Chandler, director Billy Wilder launched himself onto the Hollywood A-list with this paragon of film-noir fatalism from James M. Cain’s pulp novel. When slick salesman Walter Neff (Fred MacMurray) walks into the swank home of dissatisfied housewife Phyllis Dietrichson (Stanwyck), he intends to sell her insurance, but he winds up becoming entangled with her in a far more sinister way. Featuring scene-stealing supporting work from Edward G. Robinson and the chiaroscuro of cinematographer John F. Seitz, Double Indemnity is one of the most wickedly perverse stories ever told and the cynical standard by which all noir must be measured.

• In the 4K UHD edition: One 4K UHD disc of the film presented in Dolby Vision HDR and two Blu-rays with the film and special features

• Billy, How Did You Do It?, a 1992 film by Volker Schlöndorff and Gisela Grischow featuring interviews with director Billy Wilder

• Shadows of Suspense, a 2006 documentary on the making of Double Indemnity

• Audio excerpts from 1971 and 1972 interviews with cinematographer John F. Seitz

Also with a street date on the 31st is Wayne Wang's murder mystery Chan is Missing. 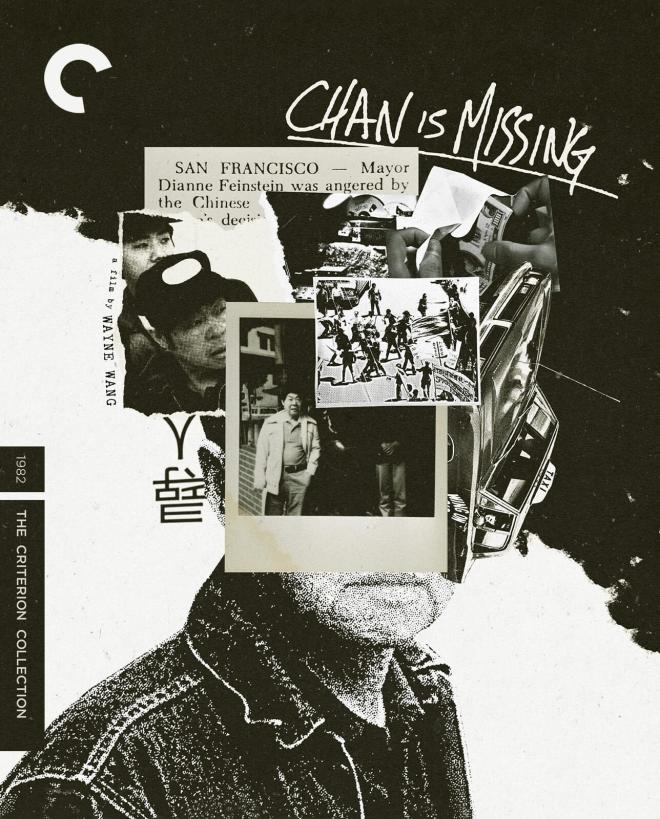 A mystery man, a murder, and a wad of missing cash—in his wryly offbeat breakthrough, Wayne Wang updates the ingredients of classic film noir for the streets of contemporary San Francisco’s Chinatown. When their business partner disappears with the money they had planned to use for a cab license, driver Jo (Wood Moy) and his nephew Steve (Marc Hayashi) scour the city’s back alleys, waterfronts, and Chinese restaurants to track him down. But what begins as a search for a missing man gradually turns into a far deeper and more elusive investigation into the complexities and contradictions of Chinese American identity. The first feature by an Asian American filmmaker to play widely and get mainstream critical appreciation, Chan Is Missing is a continuously fresh and surprising landmark of indie invention that playfully flips decades of cinematic stereotypes on their heads.

• PLUS: An essay by critic Oliver Wang

Earlier in the month on the 10th comes the 1976 French thriller Mr. Klein from Alain Delon. 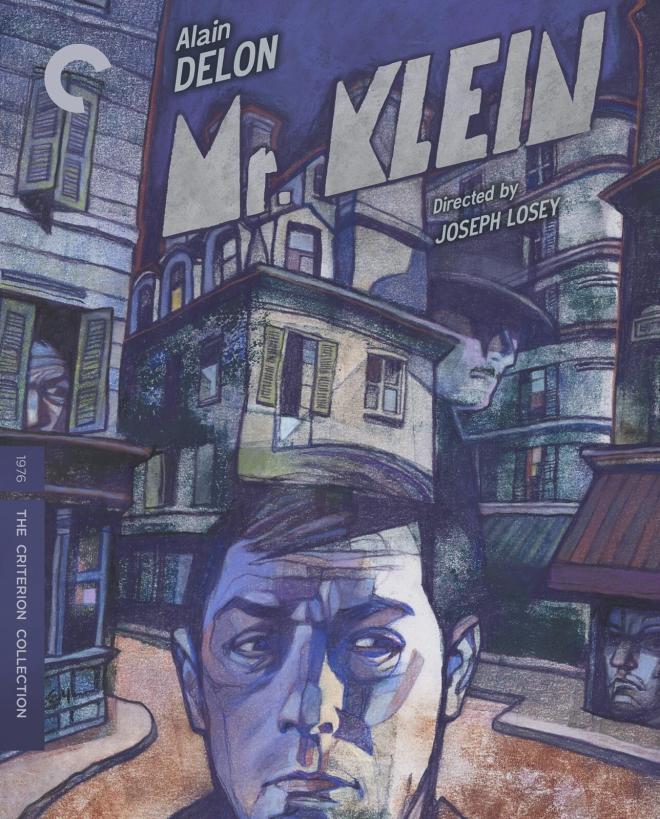 One of the crowning achievements of blacklisted Hollywood director Joseph Losey’s European exile, the spellbinding modernist mystery Mr. Klein puts a chilling twist on the wrong-man thriller. Alain Delon delivers a standout performance as Robert Klein, a decadent art dealer in Paris during World War II who makes a tidy profit buying up paintings from his desperate Jewish clients. As Klein searches for a Jewish man with the same name for whom he has been mistaken, he finds himself plunged into a Kafkaesque nightmare in which his identity seems to dissolve and the forces of history to close in on him. Met with considerable controversy on its release for its portrayal of the real-life wrongdoings of the Vichy government, this haunting, disturbingly beautiful film shivers with existential dread as it traces a society’s descent into fascistic fear and inhumanity.

• Interviews from 1976 with director Joseph Losey and actor Alain Delon

• Story of a Day, a 1986 documentary on the real-life Vél d’Hiv Roundup, a central historical element of Mr. Klein

• PLUS: An essay by film scholar Ginette Vincendeau

On the 17th comes writer-director Juzo Itami's The Funeral on Blu-ray. 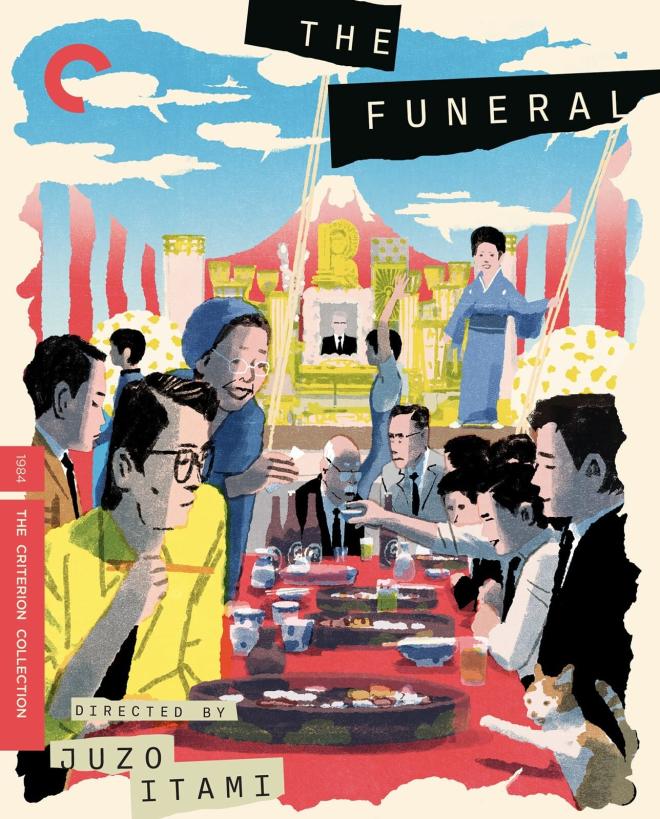 It’s death, Japanese style, in the rollicking and wistful first feature from maverick writer-director Juzo Itami. In the wake of her father’s sudden passing, a successful actor (Itami’s wife and frequent collaborator, Nobuko Miyamoto) and her lascivious husband (Tsutomu Yamazaki) leave Tokyo and return to her family home to oversee a traditional funeral. Over the course of three days of mourning that bring illicit escapades in the woods, a surprisingly materialistic priest (Chishu Ryu), and cinema’s most epic sandwich handoff, the tensions between public propriety and private hypocrisy are laid bare. Deftly weaving dark comedy with poignant family drama, The Funeral is a fearless satire of the clash between old and new in Japanese society in which nothing, not even the finality of death, is off-limits.

• High-definition restoration, with uncompressed monaural soundtrack on the Blu-ray

• PLUS: An essay by author Pico Iyer and, for the Blu-ray, excerpts from Itami’s 1985 book Diary of “The Funeral” and from a 2007 remembrance of Itami by actor Tsutomu Yamazaki 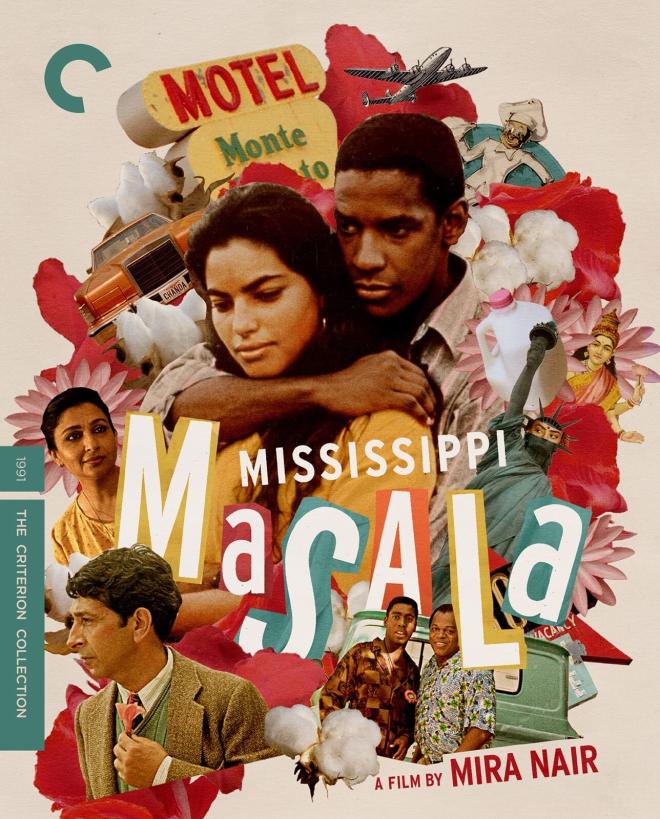 The vibrant cultures of India, Uganda, and the American South come together in Mira Nair’s Mississippi Masala, a luminous look at the complexities of love in the modern melting pot. Years after her Indian family was forced to flee their home in Uganda by the dictatorship of Idi Amin, twentysomething Mina (Sarita Choudhury) spends her days cleaning rooms in an Indian-run motel in Mississippi. When she falls for the charming Black carpet cleaner Demetrius (Denzel Washington), their passionate romance challenges the prejudices of both of their families and exposes the rifts between the region’s Indian and African American communities. Tackling thorny issues of racism, colorism, culture clash, and displacement with bighearted humor and keen insight, Nair serves up a sweet, sexy, and deeply satisfying celebration of love’s power.

• PLUS: An essay by critic Bilal Qureshi and, for the Blu-ray, excerpts from Nair’s production journal

All of these titles should be up for pre-order soon and will be updated on the site here as soon as that information becomes available.