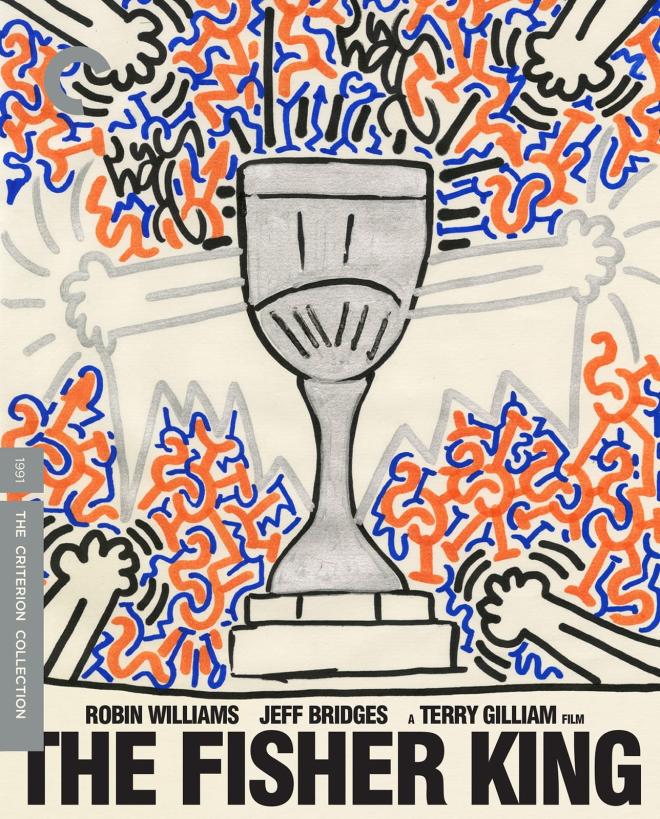 A fairy tale grounded in poignant reality, Terry Gilliam’s magnificent, Manhattan-set The Fisher King features Jeff Bridges and Robin Williams in two of their most brilliant roles. Bridges plays a former radio shock jock reconstructing his life after a scandal, and Williams a homeless man on a quest for the Holy Grail—which he believes to be hidden somewhere on the Upper East Side. Unknowingly linked by their pasts, the two men aid each other on a fanciful journey toward their own humanity. This singular American odyssey features a witty script by Richard LaGravenese, evocative cinematography by Roger Pratt, and superb supporting performances by Amanda Plummer and an Oscar-winning Mercedes Ruehl, all harnessed by Gilliam into a compassionate, funny modern-day myth.

• Interview from 2006 with actor Robin Williams

• Footage from 1991 of Bridges training as a radio personality with acting coach Stephen W. Bridgewater

• PLUS: An essay by critic Bilge Ebiri

Next on April 18, Ingmar Bergman's classic tale The Seventh Seal starring Max von Sydow gets a 4K upgrade as well. 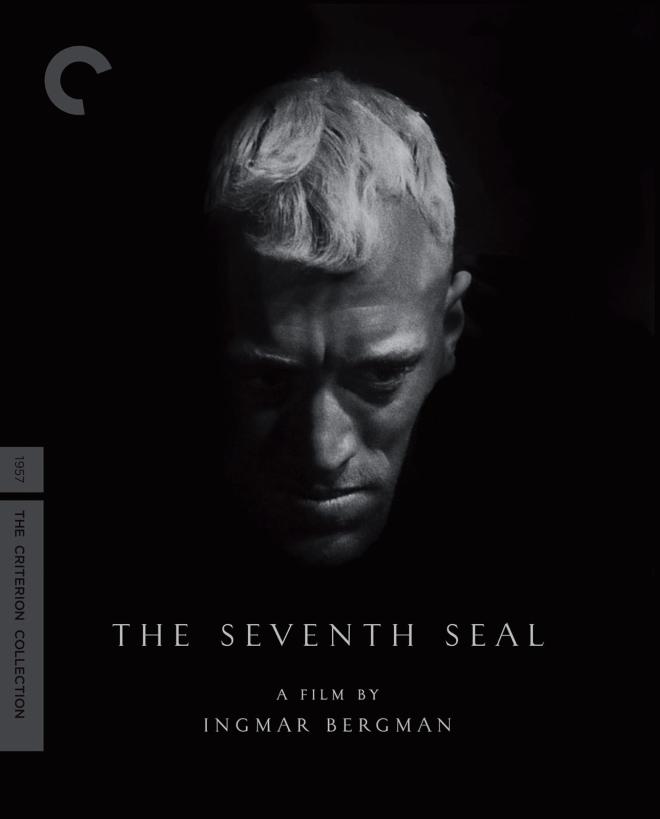 Returning exhausted from the Crusades to find medieval Sweden gripped by the Plague, a knight (Max von Sydow) suddenly comes face-to-face with the hooded figure of Death, and challenges him to a game of chess. As the fateful game progresses, and the knight and his squire encounter a gallery of outcasts from a society in despair, Ingmar Bergman mounts a profound inquiry into the nature of faith and the torment of mortality. One of the most influential films of its time, The Seventh Seal is a stunning allegory of man’s search for meaning and a work of stark visual poetry.

• Introduction from 2003 by director Ingmar Bergman

• Bergman Island (2006), a feature-length documentary on Bergman by Marie Nyreröd

• Tribute to Bergman from 1989 by filmmaker Woody Allen

• PLUS: An essay by critic Gary Giddins

Arriving on April 25 comes Small Axe - a collection of five films by Steve McQueen only on Blu-ray. 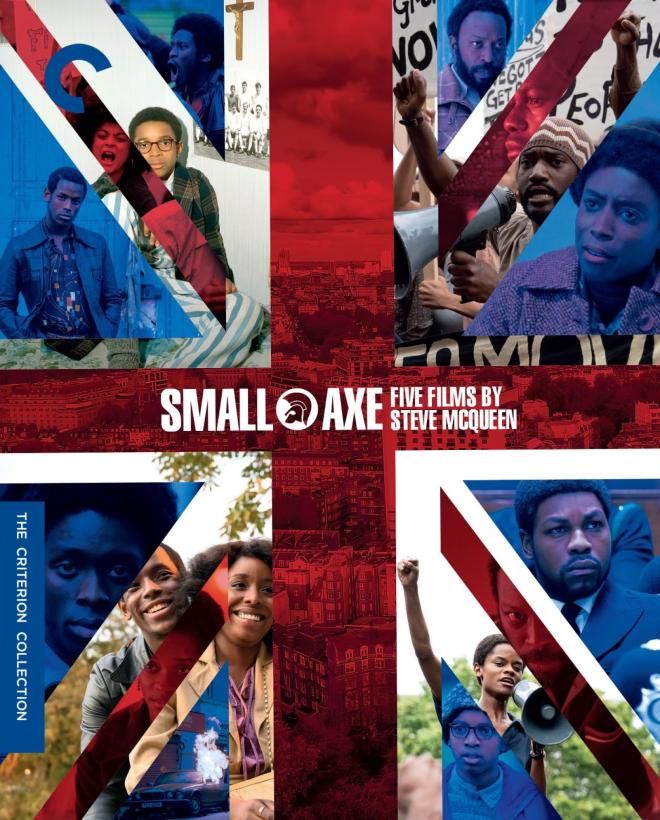 With the five films that make up his Small Axe anthology, director Steve McQueen offers a richly evocative panorama of West Indian life in London from the 1960s through the ’80s—a time defined for the community by the terror of police violence, the empowering awakening of political consciousness, and the ecstatic escape of a vibrant reggae scene. Ranging in tone from the tenderly impressionistic to the devastatingly clear-eyed, these powerfully performed portraits of Black resistance, joy, creativity, and collective action—all sumptuously shot by Shabier Kirchner—form a revolutionary counterhistory of mid-twentieth-century Britain at a transformational moment.

• New conversation between McQueen and writer and professor Paul Gilroy

• PLUS: An essay by film programmer and critic Ashley Clark

Steve McQueen’s multistrand anthology of West Indian immigrant life in London opens in the late 1960s with this stirring ensemble film. In a Caribbean restaurant, a group of Black activists, intellectuals, and ordinary people converge and unite in struggle against incessant police harassment, leading to an explosive showdown on the streets and a courtroom drama that challenges the racist power structures of British society. Based on real events, this is a passionate vision of community as a form of resistance, performed by a dynamic cast (led by Shaun Parkes, Letitia Wright, and Malachi Kirby) and bolstered by McQueen’s eye for vivid sensory detail.

Suffused with the intoxicating sounds of reggae, dub, and lovers rock, the second installment in Steve McQueen’s Small Axe series unfolds over the course of one rapturous night into dawn in early-1980s West London, as a young woman (the luminous Amarah-Jae St. Aubyn) sneaks out to attend a house party. As the alternately languorous and ecstatic rhythms pulse from a homemade sound system, romance sparks on the dance floor, small human dramas play out, and, for a moment, this gathering is a safe haven from the outside world. Aided by the sensuous cinematography of Shabier Kirchner, McQueen captures an exhilarating expression of Black joy in a society often intent on stifling it.

Both a hard-hitting indictment of structural injustice and a penetrating portrait of a complex man, Red, White and Blueboasts a passionate, multilayered performance from John Boyega as Leroy Logan, a Black research scientist whose decision to join the notoriously racist London police force, in hopes of reforming it from the inside, brings him into conflict with his family, community, and very sense of self. Based on a true story, this nuanced exploration of Margaret Thatcher–era racial tensions powerfully portrays the psychic struggle of a lone man going up against a system designed to crush him.

An intimate account of a decisive moment in British history unfolds via the true story of one man’s awakening Black consciousness. Raised in cold, oppressive children’s homes that have left him estranged from his West Indian roots, the eponymous orphan Alex Wheatle (Sheyi Cole) gradually finds his voice as an artist, activist, and writer on the streets of Brixton—a transformation that intersects with the 1981 uprising in which the neighborhood’s mainly Black youth erupt in protest against police violence. Interwoven with the vibrant reggae that inspired its subject’s journey, Alex Wheatlecrackles with the heady political and cultural energy of a singular time and place.

A Black boy’s journey through an ineffectual public school system reveals the racial inequities built into everyday British life. Young Kingsley Smith (Kenyah Sandy) is a spirited aspiring astronaut with a love of drawing whose life is turned upside down when he is thrust into a new school for the “educationally subnormal”—a harrowing experience that gradually awakens his mother (Sharlene Whyte) to the institutional mistreatment of the children of West Indian immigrants. Shot on Super 16 mm to evoke BBC television dramas from the 1970s, the final Small Axe film concludes the pentalogy with a hopeful vision of the power of Black-led collective action. 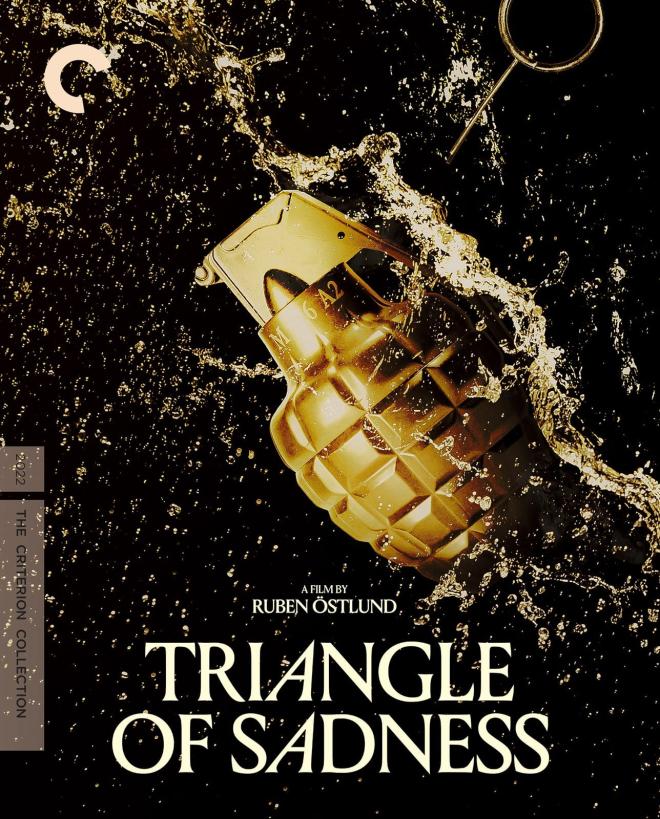 Master of social discomfort Ruben Östlund trains his unsparing lens on the world of wealth, beauty, and privilege in this audacious, Palme d’Or–winning satire of our status-obsessed culture. A model-influencer couple (Harris Dickinson and Charlbi Dean) get a ticket to the luxe life when they’re invited aboard an all-expenses-paid cruise alongside a coterie of the rich and ghoulish—but an act of fate turns their Insta-perfect world upside down. Pushing each provocative set piece to its outré extreme, Östlund maps the shifting social hierarchies with the irreverence of a modern-day Luis Buñuel and the incisiveness of a cinematic anthropologist.

• New interview with Östlund and filmmaker and actor Johan Jonason

• Two new programs: one about the film’s special effects and one about a challenging day on set

As usual with The Criterion Collection, preorders should be available within the next few days - Happy Collecting!