Starting things off on February 7, is a trio of films in Kieślowski's Three Colors  on 4K Ultra HD Blu-ray. 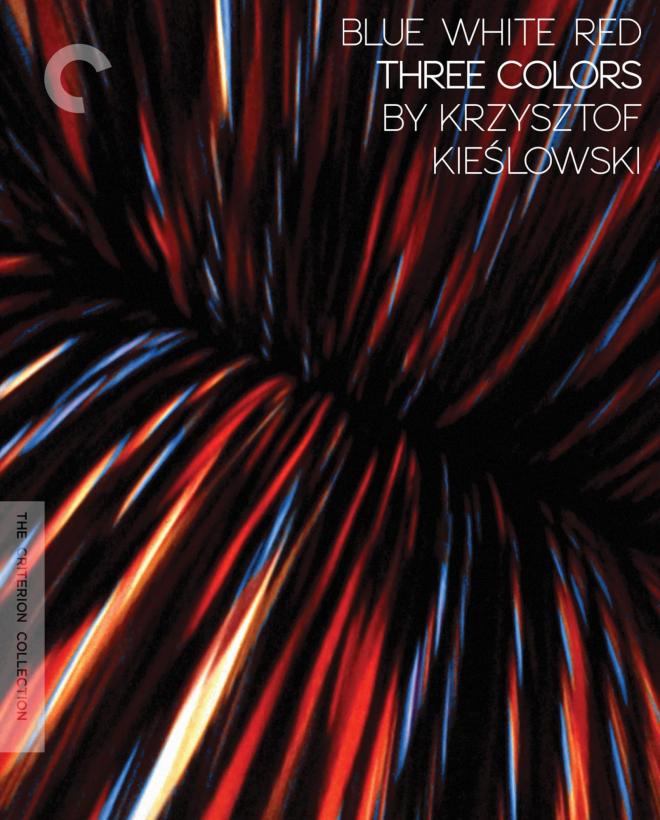 This boldly cinematic trio of stories about love and loss, from Krzysztof Kieślowski, was a defining event of the art-house boom of the 1990s. The films are named for the colors of the French flag and stand for the tenets of the French Revolution—liberty, equality, and fraternity—but that hardly begins to explain their enigmatic beauty and rich humanity. Set in Paris, Warsaw, and Geneva, and ranging from tragedy to comedy, Blue, White, and Red (Kieślowski’s final film) examine with artistic clarity a group of ambiguously interconnected people experiencing profound personal disruptions. Marked by intoxicating cinematography and stirring performances by Juliette Binoche, Julie Delpy, Irène Jacob, and Jean-Louis Trintignant, Kieślowski’s Three Colors is a benchmark of contemporary cinema.

BLUE
In the devastating first film of Krzysztof Kieślowski’s Three Colors trilogy, Juliette Binoche gives a tour de force performance as Julie, a woman reeling from the tragic death of her husband and young daughter. But Blue is more than just a blistering study of grief; it’s also a tale of liberation, as Julie attempts to free herself from the past while confronting truths about the life of her late husband, a composer. Shot in sapphire tones by Sławomir Idziak, and set to an extraordinary operatic score by Zbigniew Preisner, Blue is an overwhelming sensory experience.

The most playful and also the grittiest of Krzysztof Kieślowski’s Three Colors films follows the adventures of Karol Karol (Zbigniew Zamachowski), a Polish immigrant living in France. The hapless hairdresser opts to leave Paris for his native Warsaw when his wife (Julie Delpy) sues him for divorce (her reason: their marriage was never consummated) and then frames him for arson after setting her own salon ablaze. White, which goes on to chronicle Karol’s elaborate revenge plot, manages to be both a ticklish dark comedy about the economic inequalities of Eastern and Western Europe and a sublime reverie on twisted love.

Krzysztof Kieślowski closes his Three Colors trilogy in grand fashion, with an incandescent meditation on fate and chance, starring Irène Jacob as a sweet-souled yet somber runway model in Geneva whose life dramatically intersects with that of a bitter retired judge, played by Jean-Louis Trintignant. Meanwhile, just down the street, a seemingly unrelated story of jealousy and betrayal unfolds. Red is an intimate look at forged connections and a splendid final statement from a remarkable filmmaker at the height of his powers.

Next hitting stores on the 14th is the 1968 adaptation of  Romeo and Juliet  from Franco Zeffirelli. 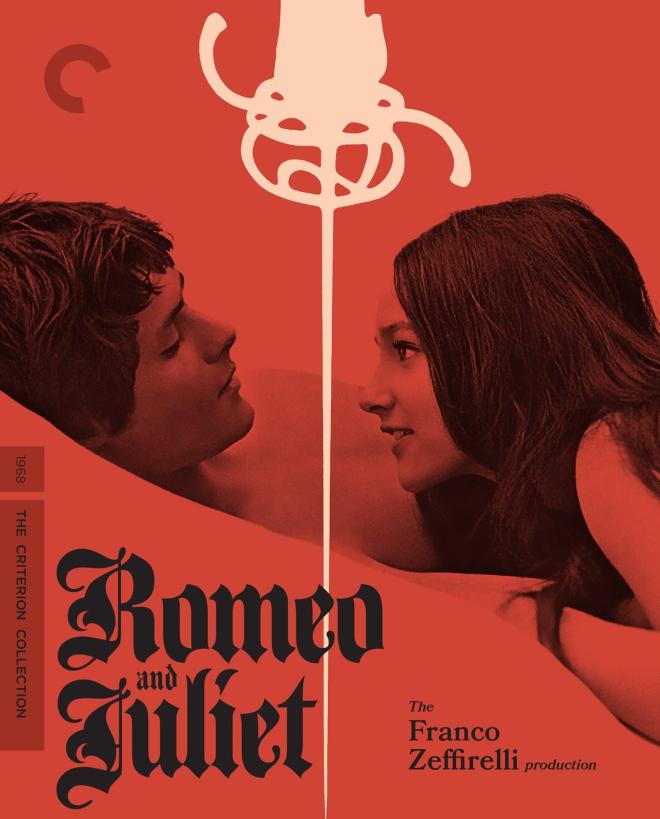 One of the great Shakespeare adaptations, this sublime take on the Bard’s immortal romantic tragedy by Franco Zeffirelli breathed new life into the oft-told tale by casting actual teenagers in the title roles. As the young lovers whose affair threatens to inflame the tensions between their feuding families in Renaissance Verona, Olivia Hussey and Leonard Whiting vividly capture the mix of adolescent ardor and turmoil that fuels their destiny-driven liaison. A sensory banquet thanks to Nino Rota’s delicate score and the exquisite, Oscar-winning costumes and cinematography, Romeo and Juliet is Shakespeare at its most deeply felt and passionately alive.

A week later on the 21st comes  Dazed and Confused  on the 4K UHD Blu-ray format. 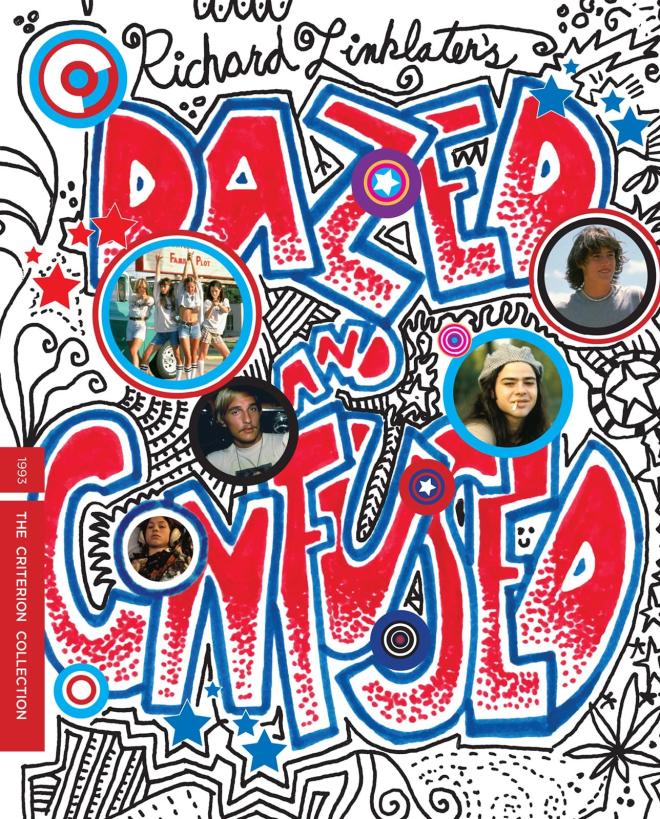 America, 1976. The last day of school. Bongs blaze, bell bottoms ring, and rock and roll rocks. Among the best teen films ever made, Dazed and Confused eavesdrops on a group of seniors-to-be and incoming freshmen. A launching pad for a number of future stars, the first studio effort by Richard Linklater also features endlessly quotable dialogue and a blasting, stadium-ready soundtrack. Sidestepping nostalgia, Dazed and Confused is less about “the best years of our lives” than the boredom, angst, and excitement of teenagers waiting . . . for something to happen.

Two Films By Marguerite Duras  will be available on Blu-ray on the 24th. 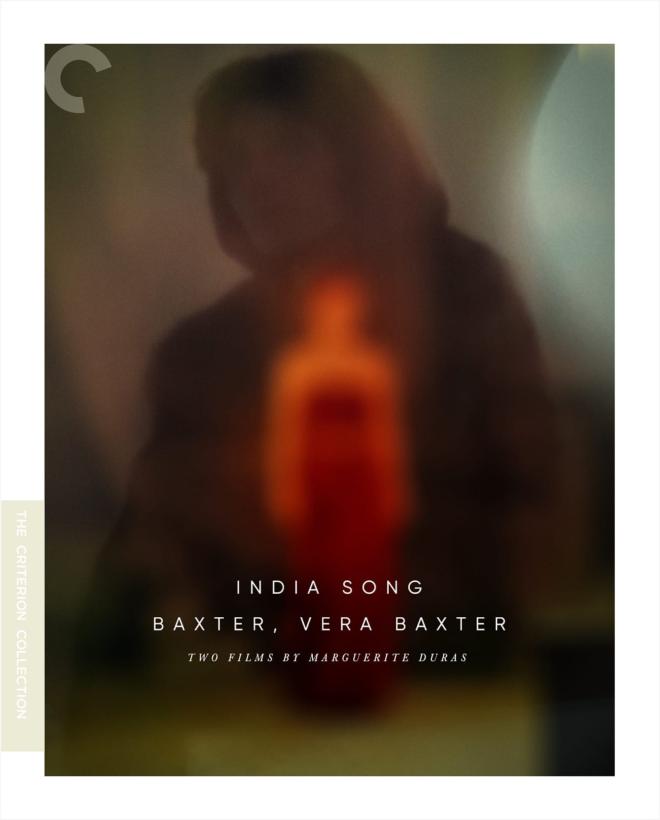 Marguerite Duras had already established herself as one of the major figures of postwar French literature when she launched an equally fascinating and unclassifiable career in cinema, translating her elliptical, experimental style to the screen through an unprecedented fusion of hypnotic, highly stylized imagery and radically disjunctive sound. Boldly reimagining the possibilities of dialogue, music, silence, and architectural space, the tantalizing, sphinxlike evocations of soul-deep female malaise India Song and Baxter, Vera Baxter embody Duras’s singular multisensory approach, with each opening up new spaces for the expression of women’s interior worlds.

INDIA SONG
Marguerite Duras’s most celebrated work is a mesmerizing, almost incantatory experience with few stylistic precedents in the history of cinema. Within the insular walls of a lavish, decaying embassy in 1930s India, the French ambassador’s wife (Delphine Seyrig) staves off ennui through affairs with multiple men—with the overpowering torpor broken only by a startling eruption of madness. Setting her evocatively decadent visuals to a desynchronized chorus of disembodied voices that comment on and counterpoint the action, with India Song Duras creates a haunted-house movie unlike any other.

BAXTER, VERA BAXTER
Marguerite Duras reunited with India Song collaborators Delphine Seyrig and composer Carlos d’Alessio for Baxter, Vera Baxter, a hypnotically unsettling journey into one woman’s existential emptiness. Ensconced in a sprawling rental villa, the world-weary Vera Baxter (Claudine Gabay) receives visits from two women, including a mysterious stranger (Seyrig) to whom she recounts a shocking story about her marriage, the way she lives, and the reasons for her malaise. Setting her languid images to d’Alessio’s incongruously breezy, endlessly looping score, Duras fashions a quietly shattering portrait of marriage as a kind of prison.

Finally and also on the 28th is the satire  Hollywood Shuffle  on Blu-ray. 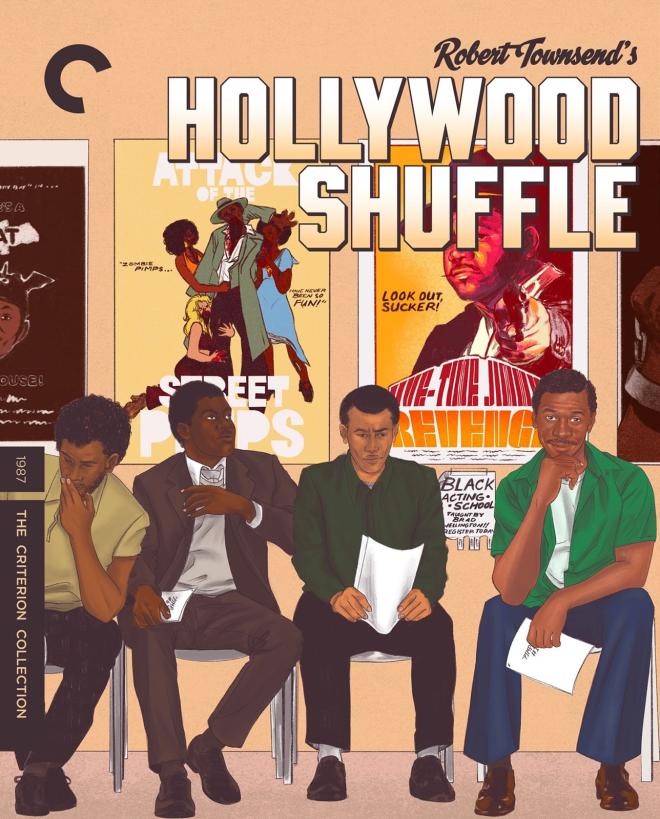 This debut feature by Robert Townsend is an ingenious guerrilla satire that takes riotous aim at the typecasting of Black actors in 1980s Hollywood. The writer-director-star’s megawatt charisma propels Hollywood Shuffle, the hilarious tale of a struggling actor attempting to break into an industry where the only roles available to Black performers seem to be hustlers, butlers, slaves, and “Eddie Murphy types”—forcing him to choose between selling out and maintaining his self-respect. Lampooning everything from film noir to zombie flicks to Siskel and Ebert, Townsend and cowriter Keenen Ivory Wayans cannily turn the frustrations of the Black artist into a subversively funny pop-culture critique.

We will update links on the site as soon as pre-orders become available or if there are any release date changes.