Upcoming DVR upgrades have been announced.

Comcast has revealed several updated features for its X1 set-top box. The new DVR options have been made with sports fans in mind.

First up, is the "Auto Extend" option for recording live events. When a live event supports this feature, users can set a recording to automatically extend in 30 minute increments if the program ends up running longer than originally scheduled. The feature will initially launch for sporting events like NFL Football, MLB Baseball, NBA Basketball, soccer, NHL Hockey, NCAA Men’s Football and Basketball, and NASCAR. 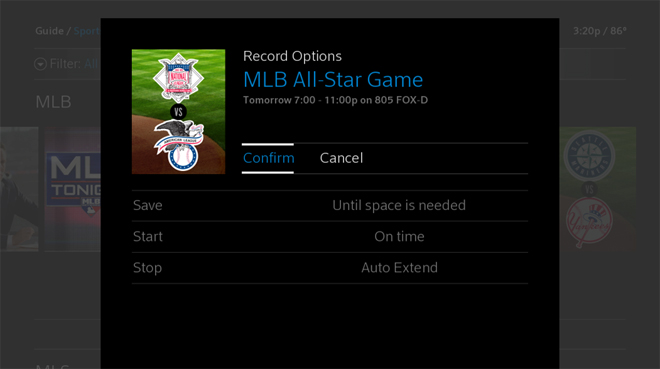 Next, is the "Play by Play" option, which will offer selected play highlights in recorded sporting events. In addition, Comcast is also testing a "Welcome Back" feature that will update users on what's new (recordings, trending content, etc.) when they start-up their X1. Finally, upgrades have also been made to the Help menu, including a new row for troubleshooting with an option to restart your device, an option for Remote Setup, and instructions for programming your remote to the TV and other audio devices.

Comcast has not announced an exact release window for these new features yet.