The updated Xfinity app will be available later this month.

Comcast has announced plans to launch its new Xfinity Stream app on February 28. The app serves as a successor to the current Xfinity TV app, and will allow Xfinity users to access their TV content through mobile devices and laptops.

"We're focused on creating the best entertainment experiences across platforms and continuing to give Xfinity TV customers more choice in how, when and where they access their content," said Matt Strauss, Executive Vice President and General Manager, Video and Entertainment Services at Comcast Cable. "With the Xfinity Stream app, we are giving customers access to the best content in and out of the home with a growing list of advanced features and capabilities that make the mobile experience nearly identical to the cable experience they enjoy at home." 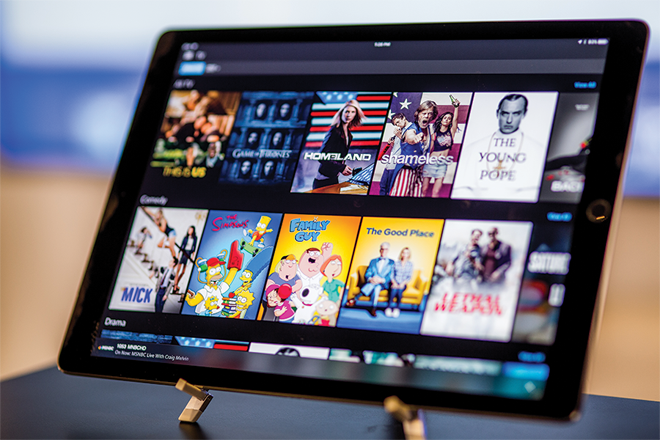 Here's a full rundown of feature per the press release:

- Live TV and Xfinity On Demand: In addition to becoming an additional screen in the home for Xfinity TV cable customers to access live and on demand programming, Xfinity Stream also gives them access to more than 200 live channels over the Internet outside the home, including sports networks such as ESPN, Fox Sports and NBC Sports; news networks such as Fox News, MSNBC, CNN and BBC World News; kids networks like Nick Jr., Disney Channel and Sprout; 50 Music Choice channels, as well as a host of other top cable and premium networks. The app also offers more than 40,000 on demand movies and TV shows to stream on the go, as well as thousands of download choices for offline viewing.

- DVR Recordings On the Go: Xfinity TV customers can take their entire DVR collection with them to stream on the go, or even download to watch while offline. They can also use the app to set recordings remotely.

- First Screen Experiences on Devices: The Xfinity Stream app will bring an X1-like experience to customers with new and enhanced features like the ability to search content by categories such as audience or critics score, stream 50+ Music Choice channels in-the-home and on-the-go, access Common Sense Media ratings and reviews and customize their parental controls per device.

- Spanish Guide and Accessibility Enhancements: Comcast’s bi-cultural customers will have the option to navigate the app in their language of choice - Spanish or English – as well as enable English programming that offers a secondary audio feed in Spanish. Those customers with vision impairments can also enable video description - a narration track included between the natural pauses in dialogue that describes the visual elements – on select movies and TV shows.

Comcast's Xfinity Stream app will be available for download on iOS and Android devices on February 28.