In an early announcement to retailers, Cinedigm is preparing 'The Overnighters' for Blu-ray on February 3.

A modern-day Grapes of Wrath, award-winning documentary 'The Overnighters' is an intimate portrait of job-seekers desperately chasing the broken American Dream to the tiny oil boom town of Williston, North Dakota. With the town lacking the infrastructure to house the overflow of migrants, a local pastor starts the controversial overnighters program, allowing down-and-out workers a place to sleep at the church. His well-meaning project immediately runs into resistance with his community, forcing the clergyman to make a decision which leads to profound consequences that he never imagined.

You can find the latest specs for 'The Overnighters' linked from our Blu-ray Release Schedule, where it's indexed under February 3. 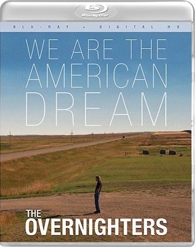 Discs mentioned in this article: (Click for specs and reviews)
The Overnighters (Blu-ray)