The entertainment companies are set to combine.

CBS and Viacom have announced plans to enter an all-stock merger. The resulting company, dubbed ViacomCBS Inc., will be led by President and CEO, Bob Bakish.

"Today marks an important day for CBS and Viacom, as we unite our complementary assets and capabilities and become one of only a few companies with the breadth and depth of content and reach to shape the future of our industry," said Bakish. "Our unique ability to produce premium and popular content for global audiences at scale – for our own platforms and for our partners around the world – will enable us to maximize our business for today, while positioning us to lead for years to come. As we look to the future, I couldn't be more excited about the opportunities ahead for the combined company and all of our stakeholders – including consumers, the creative community, commercial partners, employees and, of course, our shareholders." 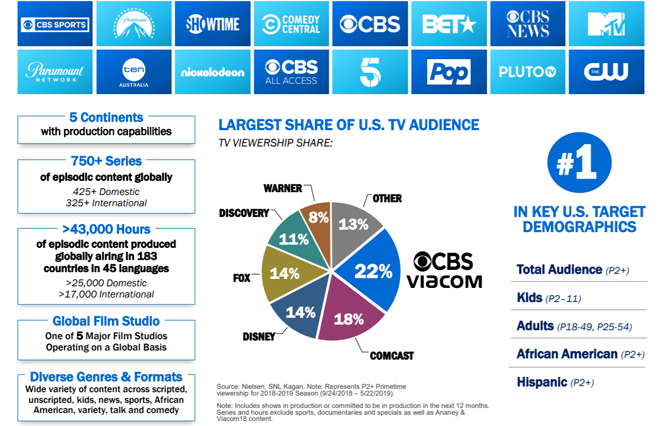 (Above graphic via CBS press release)

The merger is still subject to regulatory approvals and other customary conditions, but the deal is expected to close by the end of the year. Assuming that the merger goes through, this actually won't be the first time that the two companies have operated together. Viacom previously took over control of CBS in 2000 before the pair split back up again at the end of 2005.