Season 12 of the CBS series heads to Blu-ray in September.

In an early announcement to retailers, Paramount and CBS says 'NCIS: The Complete 12th Season' will hit Blu-ray on September 15.

World Class Action! Fielding cases from local cyber-terrorists to international pirates and elusive serial killers, the NCIS team keeps adventure in the line of fire. Led by Special Agent Jethro Gibbs (Mark Harmon), this expert squad hunts down humanity's most notorious enemies in the name of freedom and justice for all.

You can find the latest specs for 'NCIS: The Complete 12th Season' linked from our Blu-ray Release Schedule, where it is indexed under September 15. 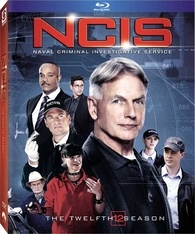