Dads. Without them, we wouldn't be here. But that's not the only reason we celebrate Father's Day. For many of us, the first time we realized movies were more than mere entertainment was when our fathers shared their favorite films with us. Maybe it was your dad who let you watch your first scary movie and didn't laugh when you covered your eyes through most of it. Maybe it was your dad who first introduced you to 'Star Wars,' 'Indiana Jones,' or the greatness of 'Jaws.' Maybe your dad taught you about James Bond, or instilled in you an appreciation of war films, gangster movies, or just great television.

Whatever movie or television experience your dad shared with you, Father's Day is a great time to remind him that part of the reason you love the medium is because he was one of the first to watch them with you.

So, whether your dad is into big explosions or quiet dramas, documentaries or thought-provoking television series, chances are you'll find something on this list. 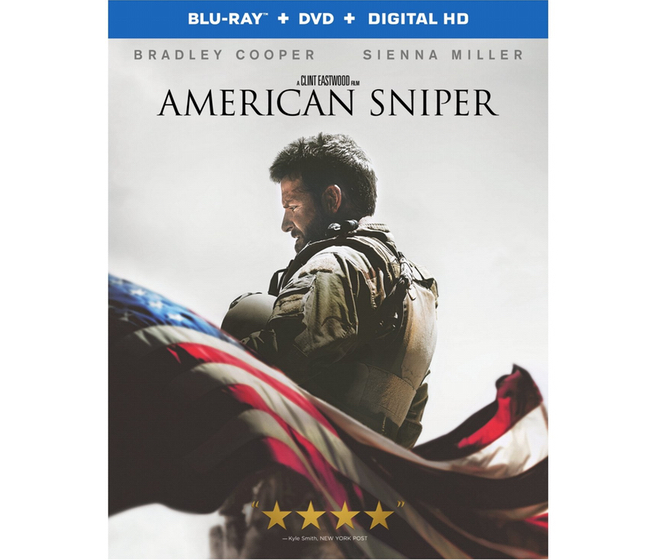 Nothing says "quintessential dad movie" more so than Clint Eastwood's Academy Award-nominated 'American Sniper' on Blu-ray. Bradley Cooper's portrayal of Navy SEAL Chris Kyle garnered the actor plenty of critical acclaim, and the film went on to become the one of the highest grossing films of the year. Whether your dad is into war films, action movies, or compelling dramas, chances are 'American Sniper' will be one disc that will fit the bill. If this isn't already in your father's collection, consider presenting your dad with the film HDD's very own Shannon Nutt calls "a moving piece of work from one of America's best directors." 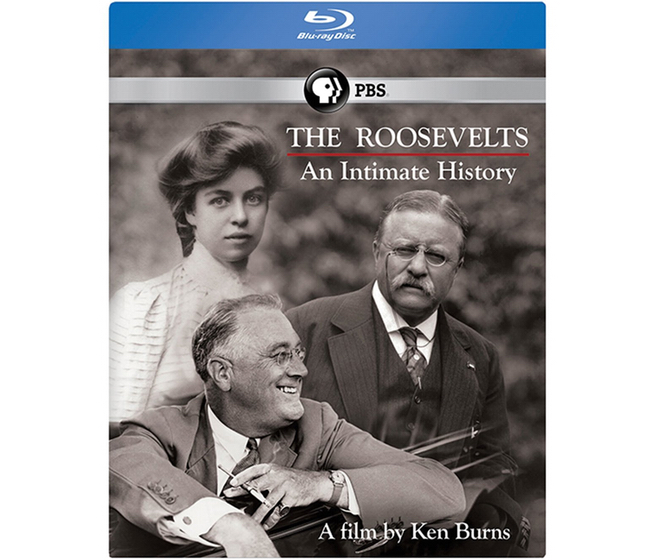 The Roosevelts: An Intimate History

It's a scientifically proven fact that dads love them some history. Why, before it was home to Ice Road Truckers and programs about alien conspiracies, History Channel was the network more dads could fall asleep to on a Sunday afternoon than any other network on your basic cable package. So it makes sense that Ken Burns' exhaustive 7-part, 14-hour documentary, chronicling the lives of Theodore, Franklin, and Eleanor Roosevelt, would make it to this list. Whether your dad missed it when it aired on PBS earlier this year (or he simply snoozed through parts of it, as dads are wont to do), you'll want to make sure he has access to this incredible documentary before and after naptime 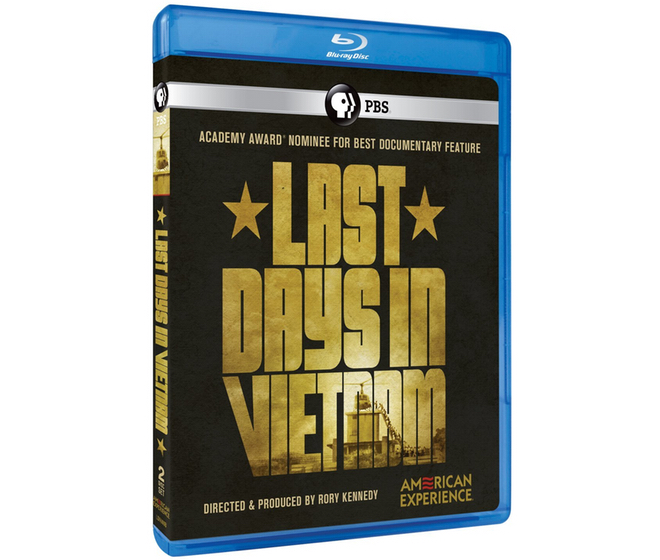 Whether your dad grew up during the Vietnam War era or not, history and war buffs will find this documentary to be a fascinating glimpse into a protracted conflict whose complicated legacy continues to attract attention and discussion. Focused on the tumultuous final days of the conflict, 'American Experience: Last Days in Vietnam' takes viewers inside Saigon, as the North Vietnamese Army closed in and withdrawal was all but imminent. This revealing look at the final days of the United States' lengthy, bloody conflict will keep anyone who lived through the period, or is simply interested in learning more about the war itself glued to the screen.

No television series captivated audiences quite like 'True Detective' did in 2014. The series, starring Matthew McConaughey and Woody Harrelson became the sort of unexpected water-cooler hit that HBO had been searching for since the launch of 'Game of Thrones.' Written and created by Nic Pizzolatto and directed by Cary Fukunaga, the eight-hour first season came very close to being a modern noir masterpiece. And now, with season 2 almost upon us, what better way for your dad to catch up, or start that epic re-watch than with the first season of this dark crime drama.

The Wire: The Complete Series

David Simon's epic, five-season look at life in Baltimore became one of the greatest television shows of all time. And this year, HBO finally released the series in its entirety on Blu-ray. With an HD re-mastering of all 60 episodes, multiple commentaries from the creators and cast on each season, and some enlightening documentaries, this massive box set makes the perfect Father's Day gift for the 'The Wire' fan you know. 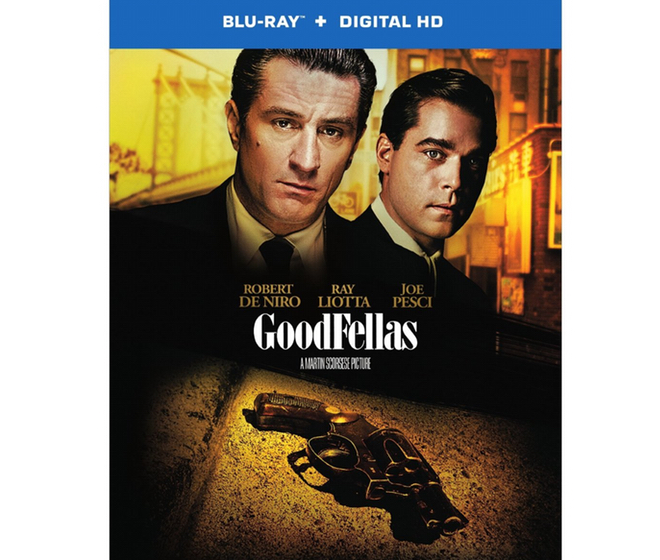 It's a good bet that there's not a dad around who doesn't think this is potentially the greatest gangster movie ever made. And even if it's not at the top of your dad's list, 'Goodfellas: 25th Anniversary Edition' is still a must-own disc for any serious Blu-ray collector. This anniversary edition is packed with special features that include: Two commentaries and a host of documentaries, including a new on for this edition. Whether he's a fan of Martin Scorsese, or he simply loves the film's true-life tales from the mob and its killer soundtrack, there's something on this disc for everyone.

The Sci-fi Dad Flick of 2014 was certainly Christopher Nolan's epic 'Interstellar.' This space-faring drama from the director of the Dark Knight Trilogy was a surprisingly heartfelt story about the special bond between a father and his daughter, as well as an unsurprisingly engaging science fiction romp through space and time. With some truly astonishing visuals to accompany its complex, captivating storyline that sees a Matthew McConaughey's grounded pilot venture into deep space, in a last-ditch effort to save mankind, the hit film is a perfect Father's Day gift. 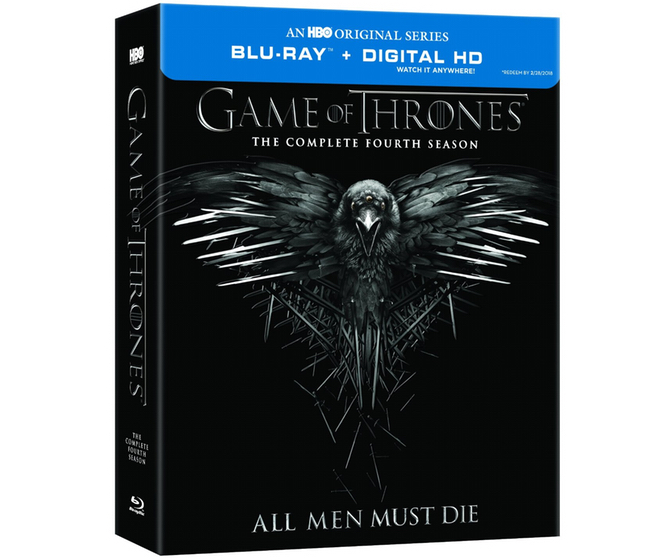 There really isn't a gift-giving holiday that 'Game of Thrones' isn't a suitable present for. So it makes sense that this Father's Day might see dads everywhere receiving HBO's visually stunning and incredibly well crafted adaptation of George R.R. Martin's fantasy novels. The fourth season was marked by plenty more of what makes this series a Sunday night obsession for millions of viewers: Harsh times and even harsher truths as the denizens of Westeros wage wars big and small for control of the Iron Throne. The season saw a handful of game-changing deaths and decisions that were not only subversive takes on the typical fantasy genre, but they also made the game of thrones that much more complicated. This is a must for fathers who are fans of the series, but haven't yet added the fourth season to their collection. 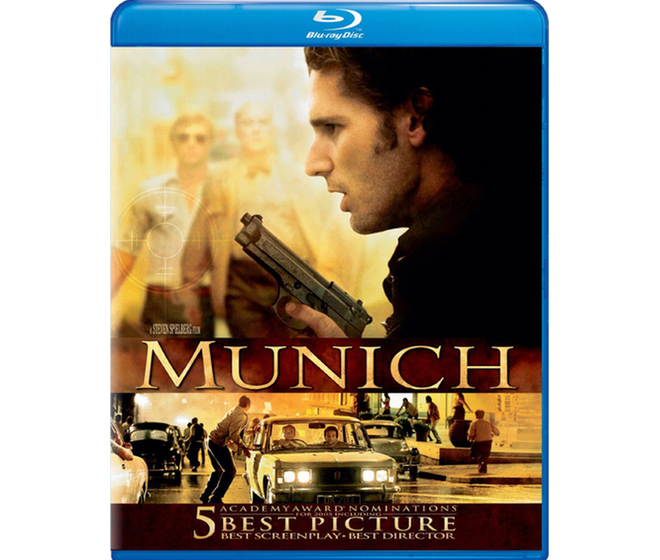 Munich certainly took its sweet, sweet time getting to Blu-ray, but it looks as though the wait was worth it. Steven Spielberg's film about the Israeli government's clandestine plan to seek revenge for the terrorist attack at the 1972 Summer Olympics was more than just a provocative revenge film; it sought to explore the notion of revenge and the endless cycle of violence that it perpetuates. Starring Eric Bana, Daniel Craig, Geoffrey Rush, Ciarán Hinds, and Mathieu Amalric, the film offers a little something for everyone: drama, suspense, action, and a little humor. Certainly one of Spielberg's best offerings in recent memory, this Blu-ray comes with the kind of gorgeous picture and sound that is sure to please any any dad on Father's Day. 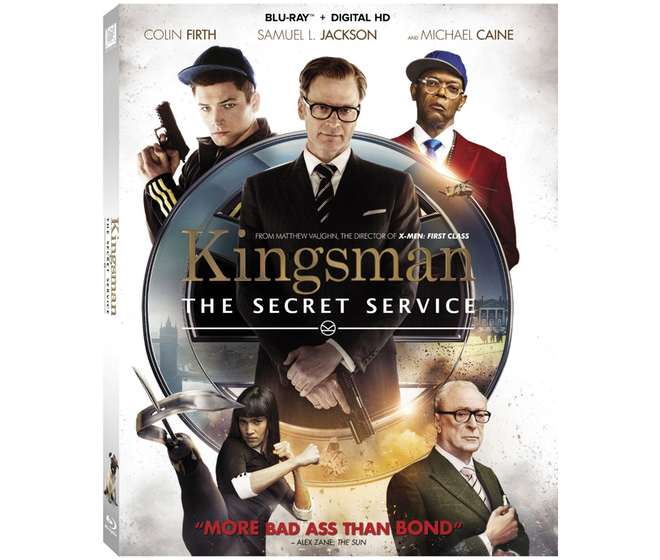 Director Matthew Vaughn returns to adapt another of Mark Millar's mischievous, violent, and misanthropic comic books with 'Kingsman: The Secret Service,' a tongue-in-cheek riff on the James Bond formula. The film boasts an impressive cast with Academy Award-winners Colin Firth and Michael Caine, as well as the inimitable Samuel L. Jackson, and newcomer Taron Egerton as Gary "Eggsy" Unwin, an "unrefined but promising street kid" who joins the super secret organization to take down the bad guys. If your dad is a fan of comic books, or just loves anything to do with spies and loads of off-the-wall action, this disc will likely tickle his fancy. 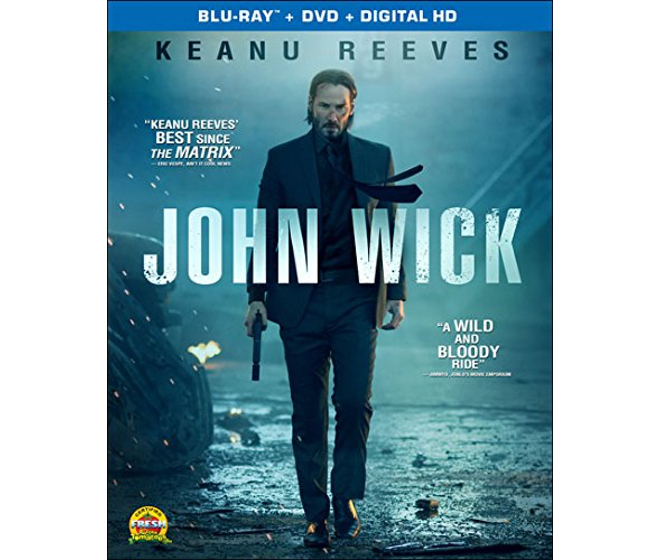 With more headshots than a late night game of 'Halo,' Keanu Reeves' stylish revenge drama 'John Wick' was a surprisingly fluid and engaging action film from director Chad Stahleski. The story of a retired assassin, mourning the death of his wife, and then spurred into action after gangsters kill his dog, 'John Wick' is not your typical revenge thriller. In fact, with its surprisingly rich world building, the film puts as much emphasis on creating a tangible setting and characters as it does on making the lengthy and violent action sequences look like a ballet of bullets rather than a chaotic mishmash of quick cuts and filtered explosions. Action lovers are not going to be able to look away once you hit play on this disc. A must for fathers who like a little grace with their mayhem. 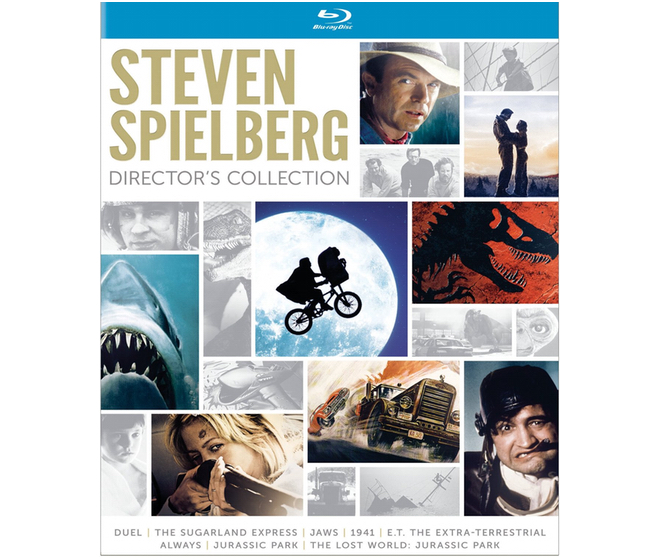 Director Steven Spielberg isn't just one of America's finest and most successful directors, he is a filmmaker who always manages to weave the notion of family into the storyline his films. He's the essential director for Father's Day, and this eight-disc collection that includes 'Duel', 'The Sugarland Express', 'Jaws', '1941',  'E.T. the Extra Terrestrial', 'Always',  'Jurassic Park', and 'The Lost World: Jurassic Park' is the easiest way to add these essential films to any dad's Blu-ray collection. Boasting great HD images and sound, and some truly impressive and immersive supplements, this collection will keep your dear ol' dad busy long after Father's Day has come and gone.