The fourth batch of mysteries of the acclaimed BBC series is now available for pre-order at Amazon.

Amazon has already been prepping sales for the BBC's 'Sherlock: Season Four' on Blu-ray.

Sherlock Holmes stalks again in contemporary versions of the classic detective stories, translated to 21st century London, where the world's first "consulting detective" advises Scotland Yard with the aid of his friend and comrade, Dr. John Watson, a soldier recently returned from deployment to Afghanistan.

No details have been revealed.

You can find the latest specs for 'Sherlock: Season Four' linked from our Blu-ray Release Schedule, where it's indexed under PENDING. 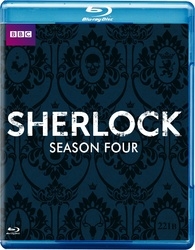