The three documentary titles will hit the Blu-ray 3D format next month.

In an early announcement to retailers, BBC will be releasing 'Planet Dinosaur', 'Wings', and 'Tiny Giants'' on Blu-ray on April 7.

Planet Dinosaur: More dinosaurs were discovered in the last decade than the preceding 200 years, and you can find them here in eye-popping 3D. Planet Dinosaur 3D will transport you back hundreds of millions of years to meet T Rex's bigger, meaner, weirder cousins. Scarier than any movie and stranger than your wildest fantasy, you'll discover a completely immersive visual experience studded with curious facts and jaw-dropping action. Travel back in time and witness a world like nothing you've ever seen, now in 3D.

Tiny Giants: The producers of Life and Planet Earth share this spectacular ground-level view of the smallest wonders of the natural world. Unless you've been an ant or an earthworm in a previous life, you've never seen anything like this. Immerse yourself in a terrifically fascinating place, where small creatures face titanic battles to survive. Special 3D cameras capture the larger than life adventures of Earth's littlest heroes. Featuring a stirring musical score by Ben Foster (The Theory of Everything, Doctor Who) and narrated by Stephen Fry, Tiny Giants is one of the most remarkable nature films of all time.

Specs and supplements haven't been revealed yet, but the suggested list price for each Blu-ray 3D is $29.98.

You can find the latest specs for 'Planet Dinosaur', 'Tiny Giants', and 'Wings' linked from our Blu-ray Release Schedule, where they are indexed under April 7. 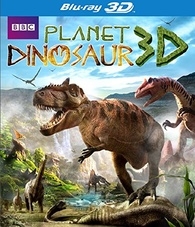 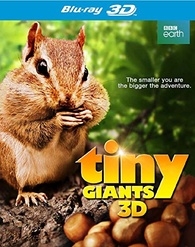 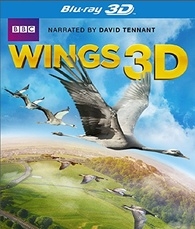