The next chapter in the groundbreaking miniseries narrated by Sir David Attenborough will hit stores next month.

In an early announcement to retailers, BBC America says 'Blue Planet II' will be available on Blu-ray and 4K Ultra HD Blu-ray on March 6. A 4K UHD SteelBook will also be available exclusively at Best Buy on the same date.

Twenty years ago, BBC's Natural History Unit (NHU) set out to make a series on the world's oceans with the groundbreaking original Blue Planet. Now, with new understandings of marine science and advances in underwater filmmaking, the NHU returns to the underwater depths. During more than four years of filming, the Blue Planet II crew mounted 125 expeditions, visited 39 countries, spent over 6,000 hours diving, and filmed on every continent and across every ocean.

Captured in stunning 4K Ultra HD, Blue Planet II travels through an exquisitely beautiful world - from remote island shores to the depths of our oceans - bringing viewers face to face with unexpected new landscapes. The series also witnesses the great changes and threats to the health of our ocean. Never before has there been a more crucial time to explore our remotest seas and examine what the future might hold for our blue planet. 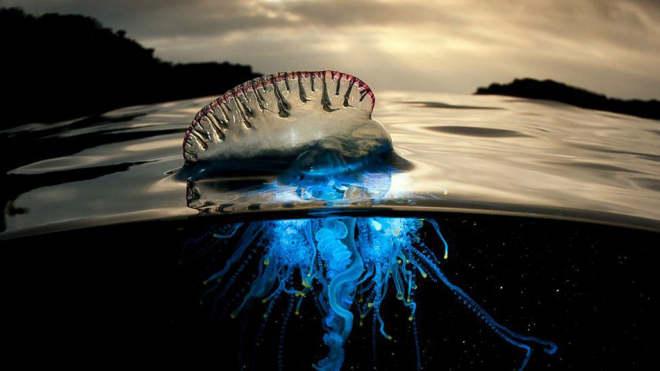 The series' filming firsts include:

You can find the latest specs for Blue Planet II linked from our Blu-ray and 4K Release Schedules, where it is indexed under March 6. 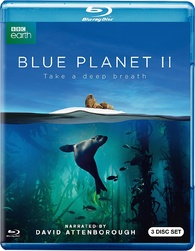 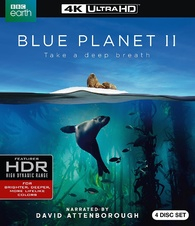