The 2014 crime thriller will take a little off Blu-ray's top in April.

In an early announcement to retailers, Arc Entertainment will be releasing 'The Barber' on Blu-ray on April 28.

'The Barber' examines two men fixated on what triggers the enormity of evil: a father whose life is destroyed in pursuit of a monster, and a son caught in a deadly charade as he tries to unravel his fathers obsession.

You can find the latest specs for 'The Barber' linked from our Blu-ray Release Schedule, where it is indexed under April 28. 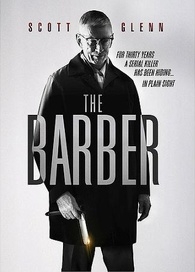