The 2014 crime thriller will take a little off Blu-ray's top in April.

In an early announcement to retailers, Arc Entertainment will be releasing 'The Barber' on Blu-ray on April 28.

Eugene van Wingerdt (Scott Glenn) is a small-town barber hiding a dark secret. Twenty years earlier he was arrested due to insufficient evidence. The detective in charge of the case killed himself in despair. Now the detective’s son is in town, with a few secrets of his own. Is he seeking revenge or hoping to learn at the feet of the master? Through the film’s myriad twist and turns, you’ll realize there’s much more to evil than you could ever imagine.

You can find the latest specs for 'The Barber' linked from our Blu-ray Release Schedule, where it is indexed under April 28. 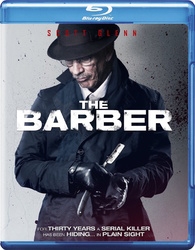