Users now only have to sign in once to enjoy select pay-TV apps.

Apple has announced the launch of its single sign-on feature for pay-TV apps. The new option is available for iPhone, iPad, iPod touch, and Apple TV (fourth generation) in the US.

With the new single sign-on feature, subscribers to supported pay-TV providers and platforms can now sign-in once on their Apple device to enjoy immediate access to numerous apps that are part of their overarching pay-TV subscription. In order to use the single sign-on option on the Apple TV (with tvOS 10 or later), users simply need to go to Settings, select Accounts, and then click on TV Provider. From there, customers can choose their TV provider and sign in with their account information. Likewise, users with an iOS device (iOS 10 or later) simply need to navigate to Settings, click on TV Provider, select their provider, and then enter their account info. 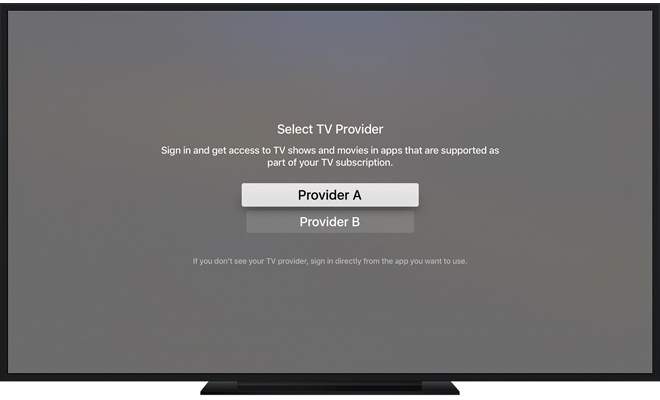 And here's a rundown of currently supported video apps:

Supported apps might differ based on which TV provider is being used.