The older Apple TV model has been discontinued.

According to reports from MacRumors and 9to5Mac, Apple has officially discontinued the third-generation Apple TV. The device has been succeeded by the current fourth-generation model.

The third-generation Apple TV was first released back in 2012. For the time being, Apple is still selling refurbished units of the device for $59, but has pulled new units from its website. Likewise, the company sent out an email to employees and education partners confirming the model's discontinued status. With that said, some retail stores might still have some stock available. It's unclear whether the device will receive any future software updates. With the third-generation model phased out, Apple will now be focusing fully on the current fourth-generation Apple TV model. 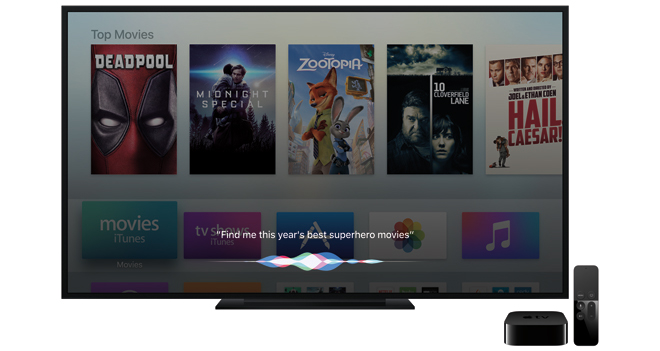 The fourth-generation Apple TV uses the company's new tvOS designed specifically for the living room with access to a wide array of apps and games. Under the hood, the player is powered by a 64-bit A8 chip with Bluetooth 4.0 and Wi-Fi. Likewise, the set-top box is capable of full HD playback at 60 frames per second. The device also comes with an advanced remote with Bluetooth 4.0, an accelerometer, a gyroscope, a glass touch surface for intuitive navigation, and a Siri voice search feature for comprehensive voice search results.

In addition, Apple announced an Apple TV update with several new Siri features back in June, including the ability to search across more apps, YouTube search, topic search, and the option to tune into more live channels. Likewise, this fall users will also gain access to a single sign-on option, allowing customers to authenticate all the video channels from their pay-TV providers by signing in just once. In addition, updates for Apple Music, Photos, the Apple TV Remote App, and more are also part of the new upgrade.