The Emmy-nominated show based on the best-selling Michael Connelly novels will return for a third and fourth season.

Amazon has announced a fourth season renewal for its original series 'Bosch.' The show's third season is currently in production for a 2017 premiere.

"We are excited to announce the fourth season renewal of Amazon Prime Video's longest running original drama series, Bosch," said , Vice President, Amazon Studios. "Prime members have loved following Detective  as he navigates difficult situations in his professional and personal lives, and we're excited to let them know that even more is coming." 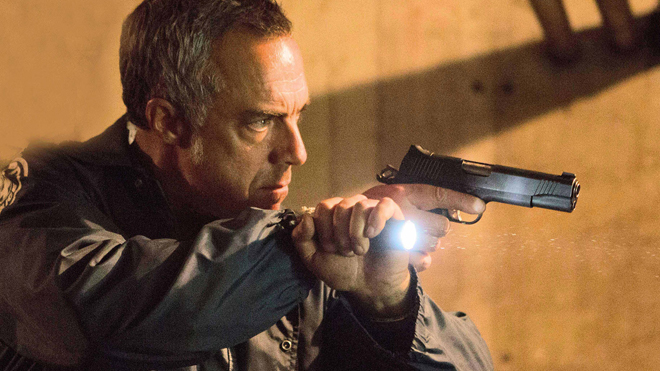 The hour-long drama series stars Titus Welliver ('Lost') as Detective , Jamie Hector ('The Wire') as , Amy Aquino ('Being Human') as Lt. , Madison Lintz ('The Walking Dead') as  and  ('The Wire') as Deputy Chief . The show was developed for television by Eric Overmyer ('Treme,' 'The Wire,' 'Homicide: Life on the Streets'). Overmyer also serves executive producer along with Henrik Bastin ('The 100 Code,' 'American Odyssey,' 'The Comedians') from  (a  company), Pieter Jan Brugge ('Heat,' 'The Insider,' 'The Clearing'), and author Michael Connelly. Likewise, star Tirus Welliver is also on board as a producer.

"I am happy beyond words. To think we are going to get another season to explore these characters is wonderful. Our team has worked very hard to create the most realistic detective show possible and I think that is resonating with viewers," said Connelly. "Titus and the rest of the cast and crew are dedicated to this. We are raising the storytelling bar with season three and we'll do it again in four."

Seasons one and two of 'Bosch' are now available exclusively on  Prime Video in the US, , , , and A current Amazon Prime subscription costs $99 per year or $11 per month. Likewise, Prime Video is available as a standalone service for $8 per month.

Seasons one and two of 'Bosch' are now available exclusively on  Prime Video in the US, , , , and A current Amazon Prime subscription costs $99 per year or $11 per month. Likewise, Prime Video is available as a standalone service for $8 per month.