'Le Mans: Racing is Everything' Heads to Amazon Prime Video

The upcoming streaming series is speeding toward Prime Video.

Amazon has announced its latest original show, 'Le Mans: Racing is Everything.' The show comes from London based production company New Black Films, and will offer unprecedented access to the legendary 24 hour car race.

"Fans are consistently thrilled by the excitement and danger that is the annual Le Mans race. Le Mans: Racing is Everything will take that excitement to the next level, giving Prime members behind-the-scenes access to what it takes to win this singular event," said Conrad Riggs, Head of Unscripted, Amazon Originals. 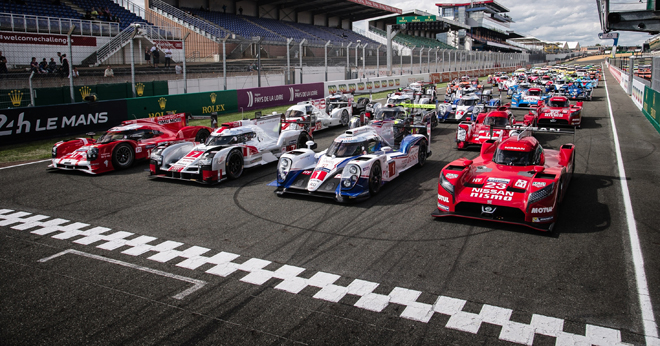 Le Mans: Racing is Everything will offer unprecedented access to the entire 24 hours of the race, while exploring the storied legacy of Le Mans and the generations of drivers who have braved the course. Le Mans: Racing is Everything embeds with teams Porsche, Audi, Nissan, Toyota, Aston Martin and Rebellion as they race to build their cars and compete in what is one of the highest attended single-day sporting events in the world. Featured drivers include Australian Formula 1 legend Mark Webber; German three-time Le Mans champion André Lotterer; Nico Prost, son of legendary Formula 1 driver Alain Prost; and English teenage gamer Jann Mardenborough, who at the age of 19 was given a slot on Team Nissan after winning an e-Sports racing competition.

"We'll raise the veil on the pressure that racing cars to the limit puts on the teams and drivers, in a unique human-interest driven series that will take a 360 look at what it takes to participate, organize and ultimately try and win what is unquestionably the toughest race in motorsport," said James Erskine of New Black Films. "It's a great privilege to bring this to screen with such strong collaborators as Amazon Prime Video. This is racing as you’ve never seen it before."

An exact release date has not been announced yet, but the race is set to begin on June 17. A current Amazon Prime subscription costs $99 per year or $11 per month. Likewise, Prime Instant Video is available as a standalone service for $9 per month.

An exact release date has not been announced yet, but the race is set to begin on June 17. A current Amazon Prime subscription costs $99 per year or $11 per month. Likewise, Prime Instant Video is available as a standalone service for $9 per month.