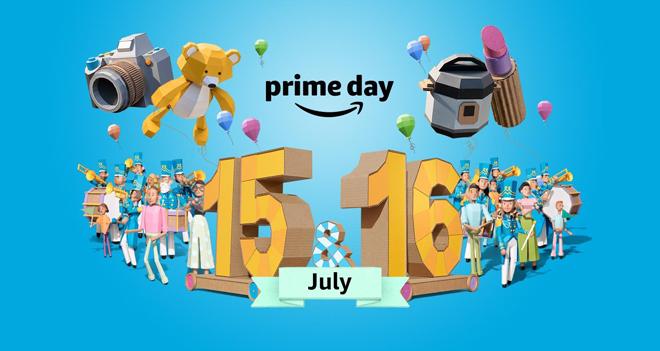 Throughout the promotion, Prime Day will give Amazon Prime members access to over one million deals around the world, including a variety of limited-time discounts and the biggest Prime Day deals on Alexa-enabled devices so far.

And to help customers keep track of all the biggest discounts on TVs, sound bars, media players, and other home theater gear, we've compiled all of the best deals right here. Make sure to check back throughout the sale for regular updates -- but please keep in mind that all of these discounts are only set to be active for a limited time while supplies last.

Amazon Prime Day Deals: Up to 55% off Headphones

CLICK HERE to sign up for Amazon Prime. New users can receive a free 30 day trial just in time for the Prime Day promotion. An annual Amazon Prime membership currently costs $119. Likewise, users can opt for a monthly plan at $12.99 per month. Here's a rundown of a few key US Prime subscription perks and features per Amazon: