Today's reveal of the Amazon Fire TV, Amazon's $99 answer to the Roku, Apple TV, Chromecast, etc. comes with a potentially huge impact on gaming, the formal entrance of Amazon and the Amazon Fire Game Controller. 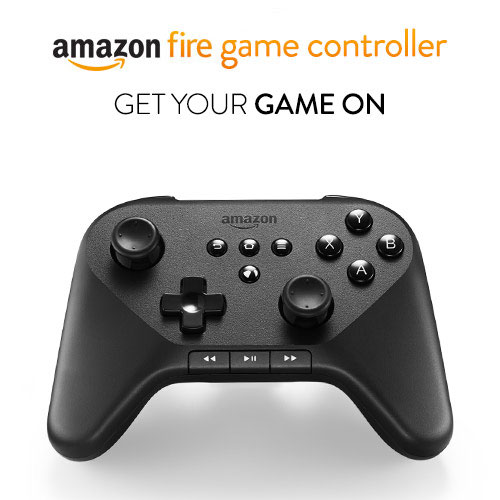 Not only is the set-up box sporting a Quad-core processor and 2GBs of RAM, which Amazon is describing as "3X the power of the Roku and Apple TV," and puts the console in the realm of today's blazingly powerful (for mobile) Samsung Galaxy Note III, but between the included wireless remote control and $40 Amazon Fire Game Controller, the new set-up box is ready to open a new avenue of Android powered gaming. 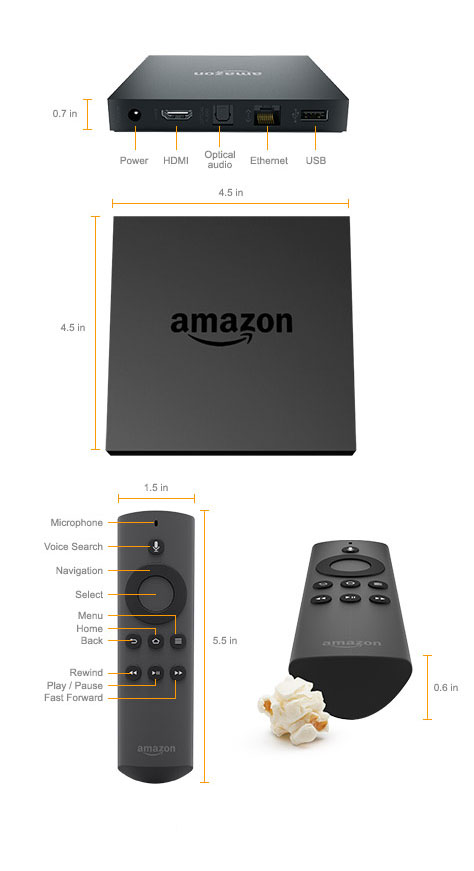 Amazon already has games like 'Minecraft Pocket Edition,' Telltale's 'The Walking Dead,' 'Sev Zero,' and 'Asphalt Airborne 8' ready for players, and that's just the beginning. The console can use the remote for some games, but requires the controller for games like 'Minecraft Pocket Edition.' Even better, Amazon has shown that the Fire TV can work with tablets, meaning here that the console has access to touchscreen capabilites.

From Amazon,"Build new worlds in Minecraft-Pocket Edition, race at top speeds in Asphalt 8, take on the family in The Game of Life, or hold off alien invasions in Sev Zero—a brand-new exclusive from Amazon Game Studios. Amazon Fire TV is the easiest way to enjoy best-selling titles from Mojang, EA, Disney, Ubisoft, and others. There are over a hundred to explore right now, with thousands more coming soon. Many are free, and the average price of paid games is just $1.85."

Amazon Coins can be used to purchase titles games like 'NBA 2K14.' As had been rumored, the controller gives the player quick access with the Amazon GameCircle Button to the company's friends/leaderboard system.

As Amazon continues to pusue prestigous games for their new console, it is also the likely target for Amazon's new developer, Double Helix.