The company's new Echo product lineup has been detailed.

Amazon has unveiled its latest collection of Echo devices. The lineup includes the new Echo Studio, Echo Buds, and Echo Flex, along with new versions of the company's Echo, Echo Dot, and Echo Show.

The Echo Studio is a high-fidelity Alexa smart speaker with 330W peak power and 3D audio support via Dolby Atmos and Sony 360 Reality tech. Under the hood, the device features five built-in directional speakers, including a 5.25-inch woofer, a 1-inch tweeter, and three 2-inch midrange drivers. In addition, the unit incorporates a 24-bit DAC and a power amplifier, enabling 100 kHz of bandwidth for lossless music and support for new Dolby Atmos music playback through Amazon Music HD. Likewise, the speaker can be paired with select Fire TV devices or another Echo Studio for Dolby Atmos, Dolby 5.1, and stereo playback.

"We are excited to announce the all-new Echo Studio. We worked throughout its development with Dolby to bring our customers an unparalleled listening experience from a single, easy-to-use speaker," said Miriam Daniel, Vice President of Echo and Alexa Devices, Amazon. "Echo Studio is the first smart speaker to deliver a truly immersive audio experience with Dolby Atmos. It allows you to hear objects placed into the three-dimensional space around you—it’s music the way the artist intended you to hear it and we can’t wait for our customers to try it."

Amazon's Echo Studio is now available for pre-order for $199.99. Shipments are set to begin November 7. 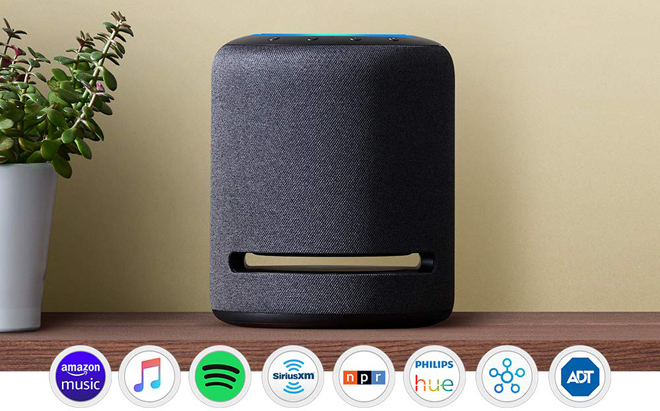 The Echo Buds are wireless earbuds with hands-free Alexa support and Bose Active Noise Reduction tech. Each of the earbuds incorporates two outer microphones and one inner microphone to minimize ambient noise and enable Alexa voice commands. In addition, each earbud features two premium, balanced armature drivers, and the package includes three different sized ear tips and wing tips. Battery life is rated for up to five hours of music playback or four hours of call time per charge.

Amazon's Echo Buds are now available for pre-order for 129.99. Shipments are set to go out by October 30. 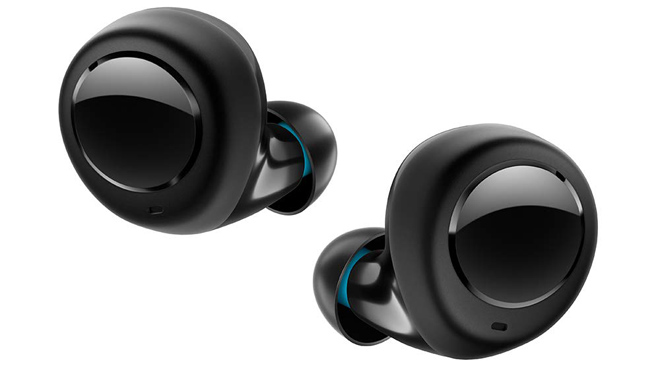 The Echo Flex is a new plug-in smart speaker designed to serve as Amazon's most affordable Alexa solution. The device plugs directly into a user's power outlet, making it a more convenient option for spaces where cords can get in the way. A microphone with an off switch and a small speaker with audio optimized for Alexa's voice are integrated into the unit, along with a USB port for phone charging and attaching other accessories.

Amazon's Echo Flex is now available for pre-order for $24.99. The device is set to be released on November 14. 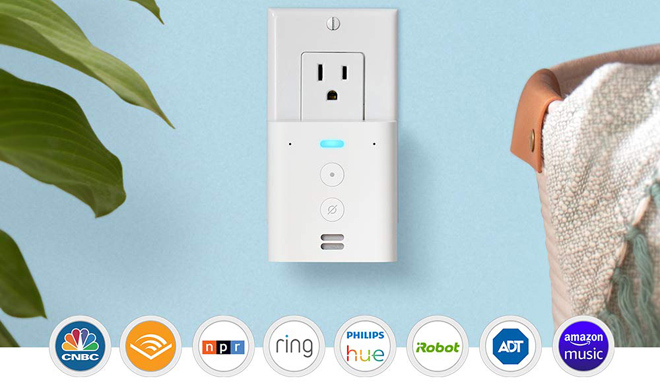 Meanwhile, Amazon also revealed the latest version of its flagship Echo smart speaker. The new model offers a fabric design with Twilight Blue, Charcoal, Heather Grey, and Sandstone color options. In addition, the speaker features the same audio components as the Echo Plus, including a 0.8" tweeter and 3" woofer. The new Echo is now available for pre-order for $99.99. Shipments are set to launch on October 16.

In addition, Amazon announced a new Echo Dot with Clock as well. This model offers the same functionality as the latest generation standard Echo Dot, while adding a new LED display. The LED can automatically adjust its brightness based on the ambient light in the room, and can display the time or temperature. Likewise, customers can use the device as an alarm or timer. The Echo Dot with Clock is now available for pre-order for $59.99. Shipments are set to begin by October 16.

And rounding out Amazon's 2019 Echo lineup, is the company's Echo Show 8. The new Echo Show model features an 8-inch HD display with a resolution of 1280 x 800p. In addition, the device incorporates stereo audio with 2 x 2.0" drivers at 10W per channel, and four microphones. Likewise, a 1MP camera is also integrated with a built-in camera shutter. The Echo Show 8 is now available for pre-order for $129.99. Shipments are scheduled to begin by November 21.

"We love hearing feedback from customers about how they use Alexa throughout their day—whether that’s listening to music, dropping in on a loved one, trying out a new recipe, or playing a game with the family," said Tom Taylor, Senior Vice President, Amazon Alexa. "We hope these new Echo devices will give customers even more ways to access Alexa—whether that’s through the best-sounding Echo device yet—Echo Studio, a reimagined Echo and Echo Dot, new designs like Echo Show 8 and Echo Flex, or new experiences for Alexa on-the-go with earbuds, glasses, and a ring."