The new series based on the classic sci-fi show is heading to Amazon next month.

Amazon has revealed a premiere date for it new kids series, 'Thunderbirds Are Go.' The show is scheduled to debut through Prime Video in the US on April 22. In addition, Amazon will also offer a special one hour sneak peek titled 'Ring of Fire Parts 1 and 2' on April 15.

"We're excited that our customers and their families will partake in a new rendition of a classic property with the Tracy brothers at the helm," said , Head of Kids Programming at Amazon Studios. "The new series will pay tribute to the legacy of the original series while adopting a new level of action-adventure and groundbreaking mix of animation and live-action." 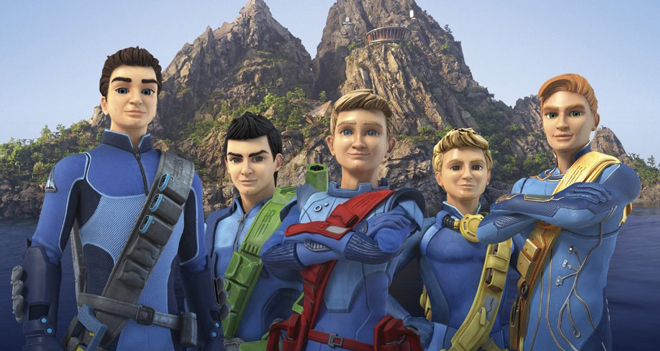 'Thunderbirds Are Go' catapults the five brave Tracy brothers back onto television screens, where they'll pilot their remarkable, cutting-edge Thunderbird vehicles from the depths of the oceans to the highest reaches of space, performing impossible rescues across the globe. Produced by ITV Studios and Pukeko Pictures in collaboration with world-famous , the series is made using a unique mixture of CGI animation and live-action model sets. Thunderbirds Are Go will deliver a new level of action-adventure animation for today’s audience while paying tribute to the characters and locations from the original series.

"We're delighted that Thunderbirds Are Go will be blasting off in the US on  next month," said ,  for . "This will give children and families across the country the opportunity to enjoy the full, action-packed series whenever and wherever they want."

All 13 episodes of the first season will debut in the US on April 22 through Prime Video subsequently air on Prime Video in the ,  and , following a deal with . A current Amazon Prime membership costs $99 per year.