HDD Blu-ray Deal of the Day: 'Pee-wee’s Playhouse: The Complete Series' $66.99 at Amazon

Today's deal is the entire run of Paul Reubens' classic series on Blu-ray!

Amazon is selling 'Pee-wee’s Playhouse: The Complete Series' for $66.99 (55% off the suggested retail price).

All 45 wacky episodes, plus Pee-wee’s Playhouse Christmas Special, have been meticulously REMASTERED from the original film elements: and now you can see this groundbreaking series for the very first time in beautiful HIGH-DEFINITION! 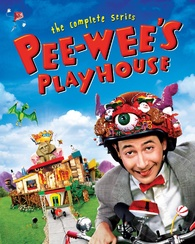