Need an awesome stocking stuffer? How about AMC's critically acclaimed series on Blu-ray for $50?

Amazon is selling 'Breaking Bad: The Complete Series' for $49.99 (69% off the suggested retail price). 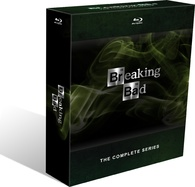