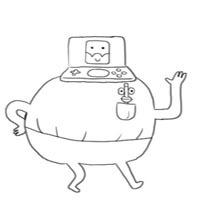 An 'Adventure Time' DS Game is On the Way

Creator Pendleton Ward will be working closely with the developers on the title.

'Adventure Time' creator Pendleton Ward announced on Twitter that not only will there be a DS game based on the series, but that he'll be working hard with the folks at Wayforward to ensure that the game is up to snuff. "I'm gonna be working so close to them," he says. "You'll be playing my mind on your DS."

There aren't too many game companies that can pull off a good licensed game, but Wayforward does it. They've handled quite a few cartoon properties in the past as well as the upcoming 'Silent Hill: Book of Memories' for the Vita.